In this edition of The Last Match we take a look at former WWF Commentators from the 80's who had previously wrestled. 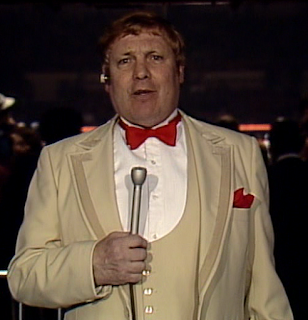 Lord Alfred Hayes began his in ring career in the late 50's coming to the United States to compete in 1972 touring the territories including St. Louis, Montreal, Florida, and the AWA.  He started with the WWF in 1982 becoming a commentator and interviewer.  He also was Vince McMahon's sidekick on Tuesday Night Titans.  He left the WWF in 1995 working briefly for the AWF as a heel commentator in 1996.  He died on July 21, 2005 in Dallas, Texas at the age of 76. 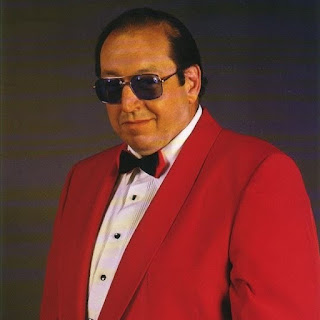 Gorilla Monsoon debuted in 1959 in the New York area where he was based out of for the majority of his career.  He started with the WWWF in 1963 headlining Madison Square Garden against Bruno Sammartino, he would wrestle Hulk Hogan at The Garden June 16, 1980.  He would transition to the announce team in 1982 until 1995 when he became the "President" of the company until summer of 1997.  His last appearance on WWE TV was at WrestleMania XV as a judge for the Bart Gunn vs. Butterbean Brawl for All.  He died October 9, 1999 of heart failure at his home in New Jersey. 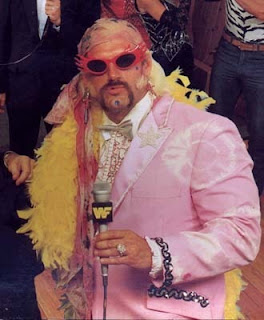 Jesse Ventura debuted in June 1974 after training with Eddie Sharkey.  He would tour around the territories before settling in the AWA teaming with Adrian Adonis as the East-West Connection.  He joined the WWF in early 1984 then in September 1984 Ventura joined the broadcast team wrestling occasionally until 1986.  He left the company August 1990.  Ventura returned to commentating in WCW February 29, 1992 at SuperBrawl II staying with them until July 1994. 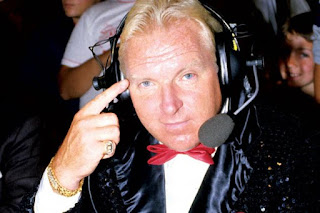 Bobby Heenan began his in ring in 1960 in the Chicago area, he joined the AWA in 1974 where he first started using the "Brain" moniker, managing and wrestling.  He joined the WWF in 1984 as a manager and part time wrestler restarting the Heenan Family.  In 1986 Heenan began commentating forming a popular team with Gorilla Monsoon on Prime Time Wrestling.  He left the WWF on December 6, 1993 with Monsoon physically throwing Heenan and his bags out of the building.  Heenan would turn up in WCW January 27, 1994 as the lead color commentator on all the shows until the year 2000 when his roll started to be diminished until he was only commentating on World Wide until his release in November 2000.  Sadly one of the greatest voices in wrestling essentially lost his ability to speak after suffering from throat and tongue cancer.