Today (July 3rd) I picked up Canaan at daycare and we went to the Winslow 4th of July Family Celebration for a glorious afternoon of professional wrestling action!!!

Live Pro Wrestling was promoting a free show outdoor show there that started at 2pm, over all it was a great day of wrestling action, but let's get to the highlights!! 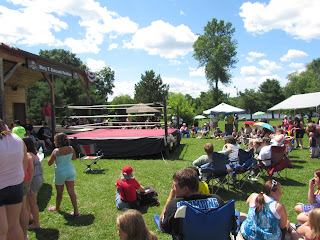 It was a beautiful day for and outside show, the sky was mostly clear and the sun was shinning high! 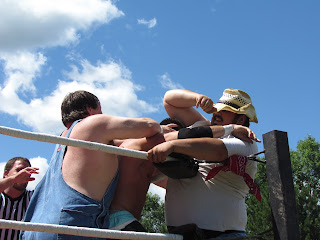 In the opening contest the team of the Scufflin Hillbillies: Cousin Larry & Moonshine defeated the Canadian Duo or Team X: William Brady and a guy who's name wasn't mentioned.  In fact I only know William Brady's name because it was on his trunks...of course he could be called Brady William for all I know!! 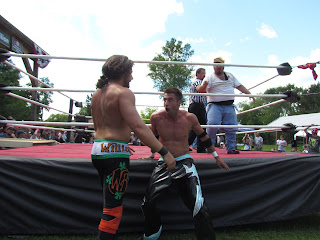 He was quite shocked to have been pinned and cost his team the match up! 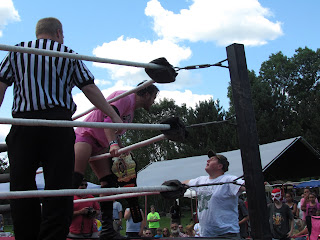 Next up perennial fan favorite and United States Champion: "The Prodigy" Mike Bennett defeated Guy Alexander in a great match that spilled to the outside.  The girls were SCREAMING for everything babyface Alexander was nailing Bennett with.  It reminded me of watching old NWA Jim Crockett Promotions matches!! 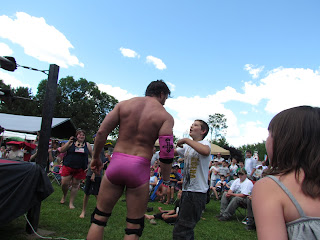 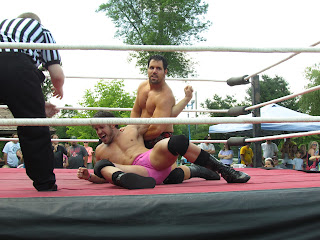 These two battles last month in Providence, RI for PWF Northeast and in a fantastic match and they did it again here today in Winslow.  I hope Alexander is on the card next week at the high school! 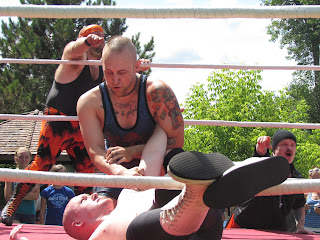 Scotty Vegas & Kevin Douglas battled Owen Brady & Roadblock w/ Coach Kevin in  a tables match.  Douglas was the local guy that isn't a wrestler but is associated with the Family Festival.  I will say this, for a professional wrestler Douglas has an excellent speaking voice! 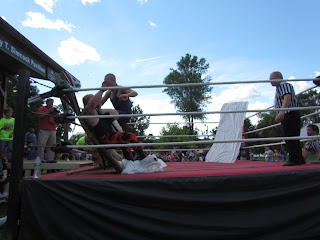 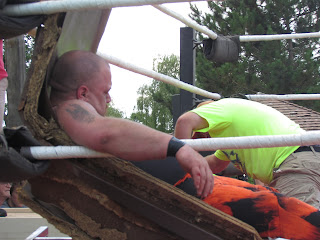 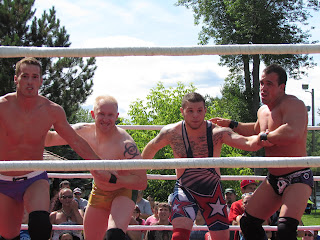 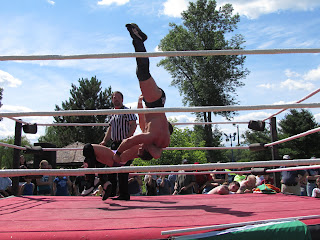 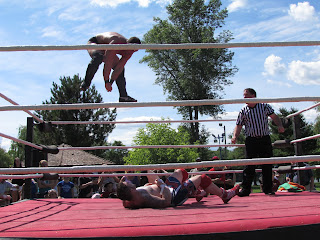 Picture perfect frog splash by Estrada on Hollister!!  See how Estrada's positioning resembles a frog, that's why it's called a Frog Splash 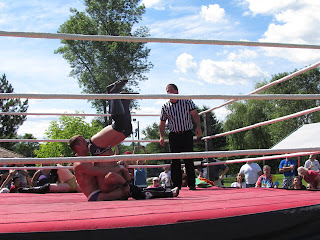 Even Matthews devastating Pile Driver wasn't enough to secure the victory as Murphy nailed his finishing move on Matthews for the win and the match of the day! 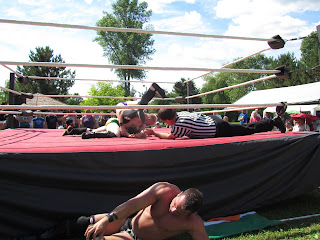 Personally speaking, I prefer my fatal 4 ways to elimination style as apposed to 1 fall to a finish. 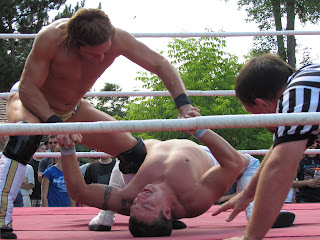 "The Promise" Antonio Thomas battles John Thornhill w/ Vernon Envy in a highly contested match that had the fans on their feet.  Again the girls were screaming for EVERTHING that Thomas did! 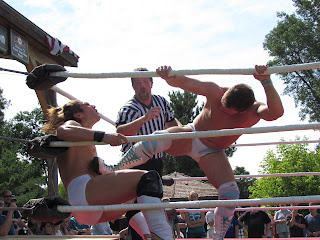 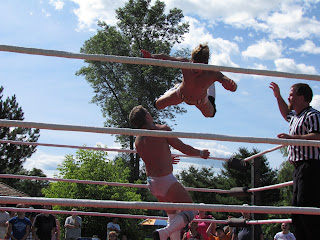 Thomas picked up the victory with a beautiful high cross body off the top rope! 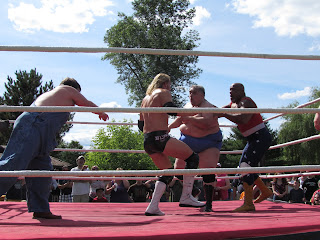 In the Main Event "Mr. USA" Tony Atlas & Cousin Larry defeated The Professor & Sean Burke with the Cocobutt on Burke by Atlas. 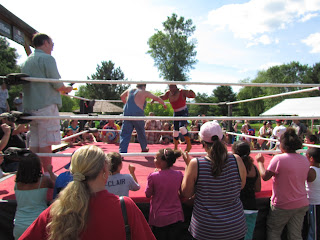 For all the pictures I took of the show please check out my this link to my facebook page and the LPW 7-3 album!

That night Kate texted and alerted me to how wonderful the moon looked and she was right indeed!  I had to walk down to the culvert to get a couple photo's but it was well worth it!! 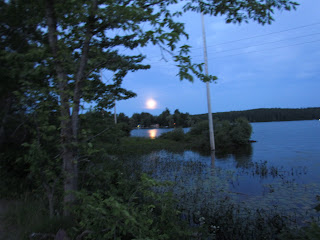 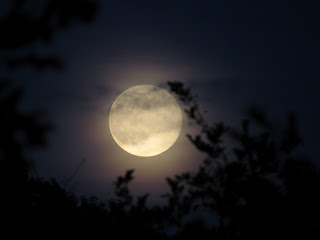 That's all for this blog,