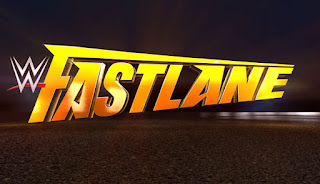 Greetings and thanks for stopping by the Wrestling Insomniac for my thoughts on this WWE Pay Per View.  Did we still call them Pay Per View's?  Should we start calling them Supershows or Mega Events?

2 out of 3 Falls United States Championship
Champion Kalisto defeated Alberto Del Rio 2 falls to 1
Good match, Del Rio is really good and Kalisto was able to show himself off more in this match than he had previously.  Del Rio was disqualified after attacking Kalisto with a chair to lose the first fall.  He quickly got the pin for the second fall after a second rope double foot stomp.  The third fall and win went to Kalisto with a school boy.

Sasha Banks & Becky Lynch defeated Naomi & Tamina
Banks submitted Tamina with the Bank statement.  I wasn't expecting much from this match but it was really good.  All 4 woman fought hard putting on a great match. 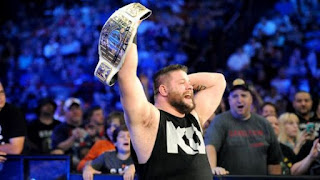 Intercontinental Champion: Kevin Owens defeated Dolph Ziggler
Such a great match, seriously a toss up between this and AJ vs. Jericho for match of the night.  Owens had just won the Championship Monday night in a 5 way match.  I am such a huge fan of Kevin Owens, probably my favorite wrestler in the WWE right now.  He is so good in the ring and I love his trash talking during the match, telling Dolph "Your hometown likes me better than you" and his hatred of Michael Cole.  I hope we see the package piledriver again!

Big Show, Kane & Ryback defeated the Wyatt Family
Ryback pinned Luke Harper with a botched version of his finish that appeared to injure Harper's shoulder.  The ending of this was pretty good, but it was an ok match.

Diva's Champion: Charlotte w/ Ric Flair defeated Brie Bella
Charlotte submitted her with the figure 8.  I really hated that Brie is using Bryan's gimmicks with the YES chant, kicks, YES lock and everything else she stole from her husband to get herself over.  Charlotte looked good in the ring, not surprising. 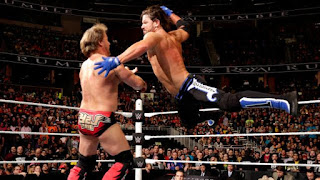 AJ Styles submitted Chris Jericho
A truly fantastic match indeed!  Their third and by far their best match.  I hated that Jericho kicked out of the Styles Clash, but they seem to be phasing that move out for the Calf Crusher.  Styles showed in this match why he deserves to debut in the WWE bypassing NXT and getting an immediate push.  Styles and Okada share the honor of the best dropkick in wrestling.
Jericho once again botched AJ's springboard backflip into a reverse DDT spot.

Cutting Edge/Peep Show segment with Edge & Christian and guest New Day
A waste of time, I didn't find it overly funny and all it did was build towards a New Day vs. League of Nations feud.

Curtis Axel w/ Social Outcasts defeated R-Truth
and unadvertised match that could have stayed off the card.  Goldust came out to help Truth but inadvertently caused Truth the match.

Roman Reigns defeated Brock Lesnar and Dean Ambrose
Reigns pinned Ambrose to win the match and to face Triple H at WrestleMania for the WWE World Heavyweight Championship.  This match was really good, and the finishing sequence was great.  It was obvious Reigns was going to win.  Storyline wise it makes sense for Reigns and Triple H to wrestle at WrestleMania I just don't think the WWE Championship needed to be involved.

The biggest pops of the night were for AJ Styles, Kevin Owens, Lesnar, & Ambrose.  The Crowd was hot all night so that makes it better.

Going forward I think we will definitely see Ambrose vs, Lesnar at Mania and I'd like to see AJ Styles vs. Kevin Owens. 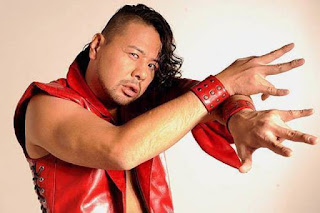 After the PPV WWE announced the NXT Signing of Shinsuke Nakamura.  I cannot wait to see him on the main roster, I think we have the first Japanese guy that is going to be a main eventer in WWE and possible win the WWE World Heavyweight Championship.

Finally, Mauro Ronallo called the pre-show match with JBL and Byron Saxton, seriously he is so much better than Michael Cole that I like watching Smackdown more just to hear Mauro call the action. 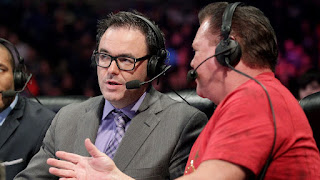 Thanks for reading, please take a moment to leave a comment, like my blogs Facebook page at www.facebook.com/thewrestlinginsomniac.com
Later readers!
Posted by Michael J. Labbe at 3:53 AM