I recently attended Limitless Wrestling Under Fire event in Orono, Maine featuring Zack Sabre Jr vs. Chris Hero.  It was at this show that I got two of the following cards signed. 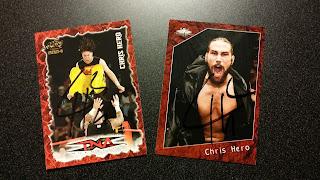 Chris Hero
The card on the left was released by the Pacific Trading Card company in 2004 it was TNA's first card set.  I got it signed several years ago by Hero when I mailed it to him and he graciously signed it and mail it back.  The card on the right was released in 2015 by IPW cards Chris Hero showed me and told me about the card at the Boston Pro Wrestling Marathon in March of 2015.  I found the manufacturer and managed to buy a few different cards off of him.  Then suddenly he said he wasn't selling them anymore. 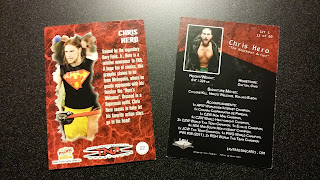 When I presented Hero with the card he initially thought it was the TNA one, he was surprised to see I had the other.  He then told me that the guy that put out the IPW cards apparently didn't permission of the wrestlers, Hero didn't have a problem with it, but I guess others did. 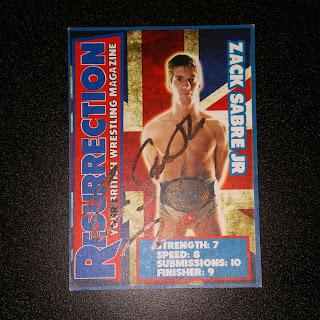 Zack Sabre Jr.
I ordered this card from the UK at the beginning of the month after I learned that he was booked to appear.  I'm not sure when it was released, I'm thinking 2014.  I bought it off of this website: http://gkwrestlingshop.bigcartel.com/products checking it now though it appears the card is no longer available. 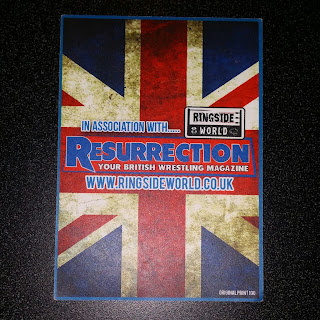 Sabre was impressed that I had the card and I told him I ordered it from the UK when he asked where I got it.  He signed it for free because he said I already paid for the card.