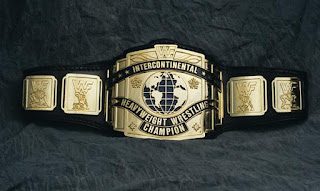 April 14, 1990 Superstars of Wrestling in an Update segment WWF President Jack Tunney announced that after winning the WWF Championship at WrestleMania VI he is surrendering the Intercontinental Championship.  The new champion would be decided in a tournament. 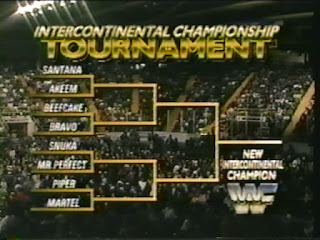 Aired April 28th
Round 1: Tito Santana defeated Akeem The African Dream by count out when Santana's flying forearm knocked Akeen out of the ring

Aired May 5th
Round 1: Mr. Perfect pinned Jimmy Snuka with his feet on the ropes

Aired May 12th
Round 1: Dino Bravo with Jimmy Hart wrestled Brutus Beefcake to a double count out

Aired May 19th
Finals: Mr. Perfect pinned Tito Santana with an inside cradle after being distracted by Bobby "The Brain" Heenan, after the match it was announced that Heenan was Mr. Perfect's new manager 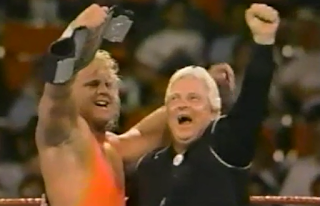 Aired May 13th
Round 1: "Rowdy" Roddy Piper and Rick Martel to a double disqualification when Martel used his Arrogance atomizer and Piper used a steel chair.

You did not read that wrong.  Two of the opening round matches ended with both men being eliminated from the tournament.  Not only that but the finals and a new champion was declared before the final first round match even took place.

If you think this is odd then you should read my post about how the Freebirds were WCW World Tag Team Champions for negative six days.