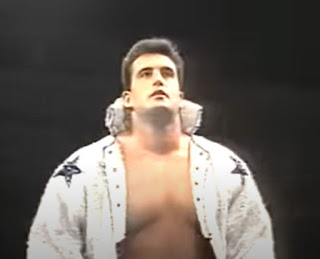 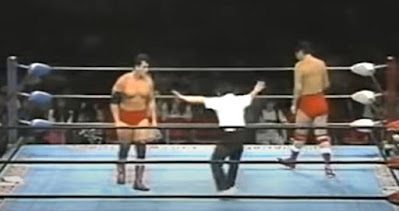 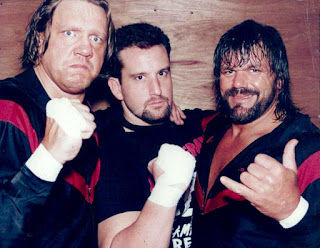 Lots of Wrestling the First week of January 2021

I watched a ton of wrestling the first full week of January 2021 and I enjoyed the hell out of it! Here's what the week looked like and what I watched on what days:
Monday January 4th NJPW: Wrestle Kingdom 15 Day 1
I worked from home this day and after my morning meeting I fired up day one one my tablet, it took me all day to watch the over five hour event in between meetings and getting work done.  The card was seven matches including the opening New Japan Rambo, which is a royal rumble style battle royal.
It was a very good night of wrestling that concluded with the best match of the night.  The semi-main event is saw Okada defeat Will Ospreay in an outstanding match that went 35 minutes.  However Kota Ibushi defeating Tetsuya Naito for the IWGP Heavyweight and Intercontinental championships was amazing.  Watching these two wrestle is akin to Flair vs. Steamboat, two guys that bring the best out of each other and you know are always going to deliver an outstanding match.

Tuesday January 5th
NJPW: Wrestle Kingdom 15 Day 2
I worked from home this day as well and, once again after my morning meeting I fired up my kindle fire tablet to watch Day 2!  The card featured six matches on the four hour show with two dark matches that did not air from the ladies of Stardom.
Match quality wise I think night two was better but night one had the emotion of Ibushi finally winning the IWGP Heavyweight Championship.  Shingo Takagi and Jeff Cobb beat the tar out of each other for over 20 minutes in an awesome NEVER Openweight Championship match.  Sanada defeated Evil in a good match, Hiromu Takahashi defeated Ishimori for the Junior Heavyweight Championship in a great match.  In the main event Ibushi made his first official defense defeated Jay White in just over 48 minutes!  In the post match press conference Ibushi stated he wanted to unify the titles and break Okada's single reign defense record of 12.
Tuesday night I watch AEW Dark specifically to watch my girl Ashley Vox make her AEW debut against another one of my favorites Thunder Rosa in an excellent match! They had a previous one on one match in October 2019 for NWA Powerrr.

Wednesday January 6th AEW Dynamite New Years Smash
I worked in the office this day and worked overtime in dispatch until just before 9pm and got home in time to watch the finish of the Shida vs. Abadon match and the entire main event.  AEW Champion: Kenny Omega defeated Rey Fenix in an outstanding match!  The post match angle where The Impact Tag Team Champions: The Good Brothers: Karl Anderson & Big LG came to Kenny's aid followed by the Young Bucks for a Bullet Club reunion!?!
Thursday January 7th I had surgery on my right leg and was in and out of the hospital that day.  On Thursday evening I finished watching AEW Dynamite.  It was a solid show that opened with an outstanding eight man tag featuring the Young Bucks & SCU vs. The Acclaimed & The Hybrid2.  It was a solid show except for Shida vs. Abadon.  I then watched Limitless Wrestling The Road Season 2 Episode 12.

Friday January 8th I caught up on NXT watching NXT:UK with Jordan Devlin retaining the NXT Cruiserweight Championship against Ben Carter in a solid match.  Then over on NXT New Years Evil we got another NXT Cruiserweight Championship defense as champion Santos Escobar retained against Gran Metalik.  Back to the Cruiserweight title later.  Also on the show they had some good matches with Karrion Kross over Damian Priest, Raquel Gonzalez over Rhea Ripley in a Last Woman Standing match and the main event saw Finn Balor retain the NXT Championship against Kyle O'Reilly.
SmackDown on Friday night I only tuned in because I saw on twitter that Adam Pearce was going to be wrestling in the Universal Championship number one contenders gauntlet match.  he won, but I was disappointed with his "match".  I've been a big fan of Pearce for years, his Seven Levels of Hate with Colt Cabana over the NWA World Championship was outstanding!  He's a former 5 time NWA Worlds Champion holding it for 1078 days.  He carried the NWA from 2007 - 2011 and is a champion to be proud of, unlike Nick Aldis.  I'm curious where this story is going, honestly in my opinion to only satisfying resolution is Pearce winning the title.
After Smackdown I watched 205 Live to see my pal August Grey team with Curt Stallion to defeat the Bollywood Boys.  Grey and Stallion at competing in the upcoming Dusty Rhodes Tag Team Classic Cup tournament.

Friday night on New Japan Strong we got the debut of the "Dirty Daddy" Chris Dickinson and I cannot wait for him to go to Japan and fight the likes of Shingo Takagi, Minoru Suzuki, Tomohiro Ishii, and others.
If you want to talk about some great wrestling look at the Wrestling Observer ratings for the week:
WK Day1: Takahashi vs. El Phantasmo 4 stars, Okada vs. Ospreay 5 1/4 stars, Ibushi vs. Naito 5 stars.
WK Day2: Shingo vs. Cobb 5 stars, Sanada vs. Evil 4 1/4 stars, Takahashi vs. Ishimori 4 3/4 stars, Ibushi vs. Jay White 5 1/4 stars
AEW: Eight Man tag 4 stars, Omega vs. Fenix 5 stars
NXT: Balor vs. O'Reilly 4 stars
Now I know some people think Meltzer's star ratings are biased or arbitrary and that's fine.  I think it's his opinion and I tend to agree with a lot of his ratings so I think it's a good example of the high quality of wrestling we got this week across the board.
Over the weekend I watched a bunch of random matches on YouTube including some of the recent Pro Wrestling NOAH New Sunrise 2021 show from January 4th at Korakuen Hall, some Progress wrestling on the WWE Network, a bunch of Random old Tully Blanchard in Mid-South wrestling on the WWE Network and more.
Quite frankly it was an awesome week of wrestling viewing for me.

Until next time!!
Posted by Michael J. Labbe at 5:21 PM No comments: