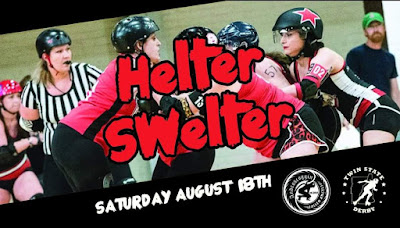 Growing up Saturday Mornings were not just cartoons there was some live action excitement in there as well.  The line up changed depending on the season but it was typically Candlepin Bowling, Monster Trucks, Roller Derby, Professional Wrestling, and Creature Double Feature. 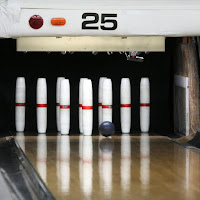 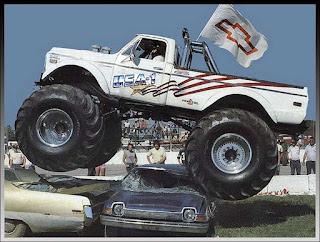 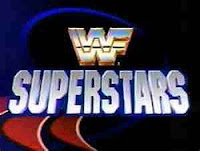 I've played Candlepin Bowling many, many times, I've been to several Monster Trucks shows, and I pretty sure you know about my love of professional wrestling.  Roller Derby though, always eluded me mostly because it just didn't exist in Maine. 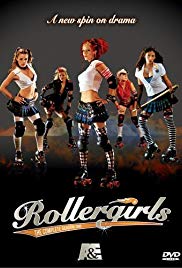 In 2006 A&E started airing the show Roller Girls, about the banked track all girls Texas Roller Derby league.  I loved this show, I hadn't seen Roller Derby on my television since the WSL Roller Jam that ran from 1999 - 2001. 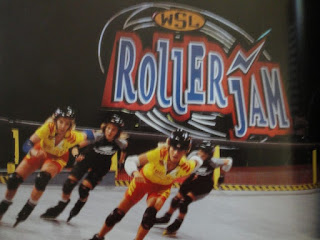 This show started a resurgence on all girls Roller Derby including Maine Roller Derby based out of the Portland, Maine area.  Try as I might for different reasons I never made it to a bout.

A couple weeks back my coworker told me about roller derby being at the Lewiston Armory.  Looking into it I had never heard of the Androscoggin Fallen Angels Roller Derby before but was excited to read about their team The Inferno and their upcoming bout on August 18, 2018.  The best part was the doors opened at 5:30 pm for a 6pm opening whistle, I had time to go before work!

To my surprise I asked my wife if she wanted to go and she said yes.  So after dropping the kids at her mothers, she was taking them and their cousins camping for the weekend, he headed out for a rare night out on the town.

We got the venue about quarter past five and I saw my coworker Andrea with her family.  Doors opened promptly at 5:30 and it was only $7 for adults and I counted roughly 150 in attendance at intermission, which I think is an good house.

I love the Lewiston Armory, I have been there for many wrestling events and once in high school a full contact Karate Tournament.  The venue has a balcony on three sides and I was surprised to find the old wooden seats at are quite comfortable and did not feel crammed in at all.  We also had a great view of the whole track and all the action.

The bout was between The Infernos of the Androscoggin Fallen Angels and the Upper Valley Vixens of Twin State Derby.  The bout started just about on time, my only complaint is that we couldn't hear the MC on the PA system it just sounded like a foreign language.

They play two thirty minute periods with a 15 minute intermission.  You can read the full official rules here, but the basics are five members play at a time and scoring is accomplished in two minute jam sessions.  The jammer for each team starts at the back of the pack and works there way forward to the front of the pack and then around to the back of the pack again.  Each player on the other team they pass they score a point for their team.  Jammers can score as many points as possible in the jam session and only the lead jammer can call off the jam before the two minutes are up. 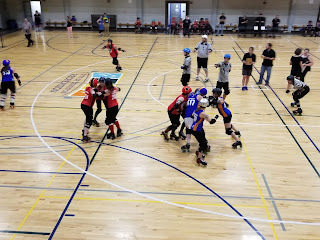 The Inferno started off strong and jumped to an early lead but the Vixens quickly made a comeback taking the lead and never looking back.  The final score was I believe 194 - 118 in favor of the Vixens. 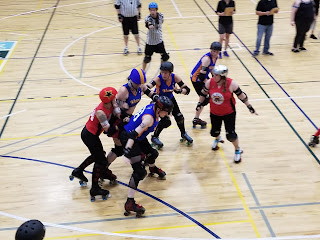 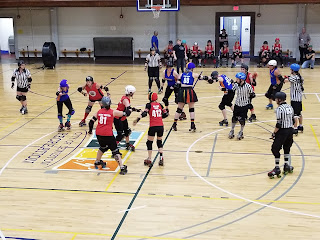 Being out first bout I'm not familiar with all the players but the stand outs for the Inferno's that I could tell where the jammers Seitanic Beast and Queen Bootycca.  The VIP of the game though was Jagged Little Pill on the Vixens.  She was a tremendous jammer and on two occasions I saw her score twenty points in one jam session. 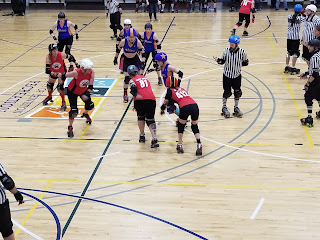 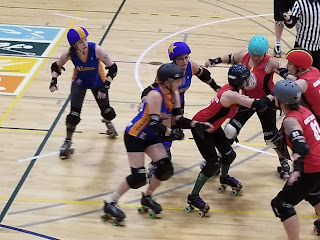 All of these girls are tough and work very hard on the floor.  They are not kidding when they say it's full contact as they are constantly pushing and bumping each other jockeying for position.  Seitanic Beast tooked a wicked fall near the end of the bout and was removed from the game.  I hope it's nothing serious. 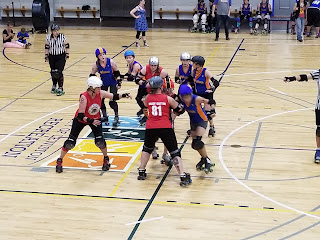 Next time I'm going to bring my good camera but here are some shots I got with my phone. 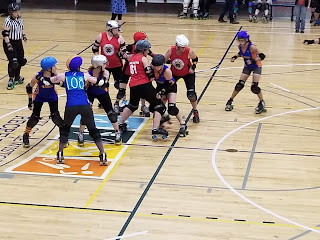 I loved it and my wife really enjoyed it.  We will definitely be returning for another Inferno bout and checking out the other Leagues around the State. 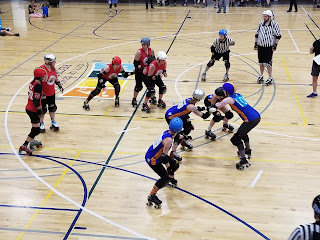 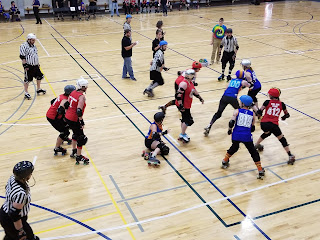 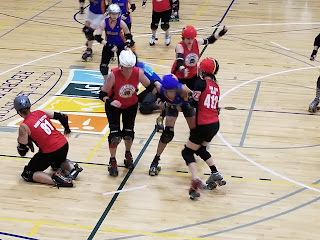 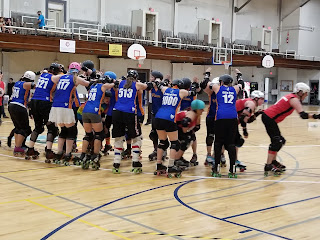