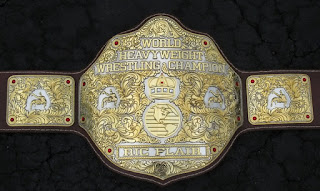 That's right in the year 2000, the final full year the promotion was in operation, the WCW World Heavyweight Championship changed hands or was vacated 25 times.  Is it any wonder why this promotion ultimately folded.

1) January 16, 2000 Cincinnati, Ohio Souled Out
Bret Hart is forced to vacate the title due to injury after being kicked in the head and being concussed by Goldberg 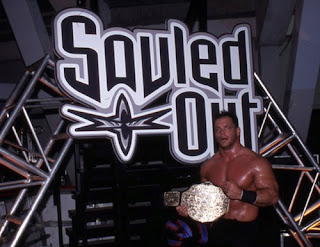 3) January 17, 2000 Columbus, Ohio Nitro
Title is vacated: storyline Arn Anderson states he is forced to reverse the decision because Sid's leg was under the rope when he submitted to the crossface.  In reality Benoit left the WCW with Eddie Guerrero, Dean Malenko, & Perry Saturn

4) January 24, 2000 Los Angeles, California Nitro
Sid Vicious defeated Kevin Nash for the vacant championship.  He had to defeated The Harris Brothers in a handicapped match for the right to wrestle Nash 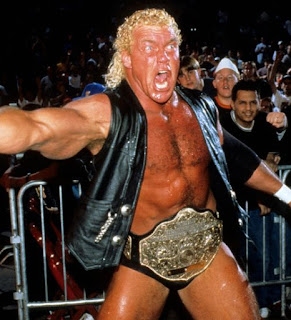 11) April 25, 2000 Syracuse, New York Thunder aired 4/26/2000
David Arquette won the championship teaming with Diamond Dallas Page in a tag team match against Eric Bischoff & Jeff Jarrett, the stipulation was whoever got the pin would win the title, Arquette pinned Bischoff 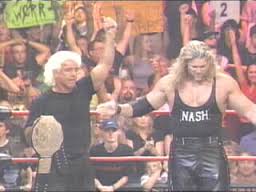 14) May 22, 2000 Grand Rapids, Michigan Nitro
Vince Russo strips Flair of the title, at Thunder on 5/16/2000 (aired 5/17/2000) Flair had defended his title in a handicapped match defeated Jeff Jarrett, David Flair, Crowbar, & Daffney.  After the match Flair fell down leaving the ring with apparent equilibrium issues.  It was later discovered to be an inner ear issue, however prior to that discovery WCW chose to vacate the title.

15) May 22, 2000 Grand Rapids, Michigan Nitro
Jeff Jarrett defeated Kevin Nash in a no holds barred match to win the vacant championship.  Vince Russo tried to award Jarrett the title, however Nash stole the title leading to the match.

17) May 29, 2000 Salt Lake City, Utah Nitro
"Nature Boy" Ric Flair is awarded the Championship by Kevin Nash who states that Flair never lost the title and it belongs to him.  This is Flair's 16th and final World Championship reign

19) July 9, 2000 Daytona Beach, Florida Bash at the Beach
Booker T defeated Jeff Jarrett.  Earlier in the evening Jarrett was scheduled to face Hulk Hogan for the Championship, Vince Russo ordered Jarrett to lay down and allow Hogan to pin him, which Jarrett did and Hogan eventually put a boot on Jarrett's chest.  After Hogan left with the belt Russo cut a scathing shoot promo on Hogan and declared that Jarrett was still the Champion and would defend against Booker T.  Booker had lost to Kanyon earlier in the evening when Jarrett hit Booker with a guitar.  This was Hogan's last appearance in WCW. 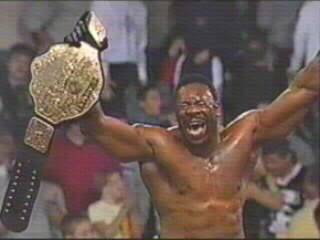 23) October 2, 2000 Daly City, California Nitro
Vince Russo decided he was not a wrestler and vacated the title 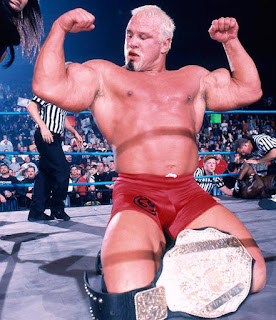 So there you have it, 25 title changes in technically just under 11 months, two non-wrestlers held the championship, Sid Vicious had the longest single reign at 76 days, Chris Benoit, Sid Vicious, Diamond Dallas Page, Jeff Jarrett each held the title for 1 day where as Kevin Nash and Ric Flair each had a reign that lasted only a couple hours.  Jeff Jarrett won the championship four times but Vacated was a six time champion.

Also in the year 2000, The WCW Tag Team Championships changed hands 21 times, Hardcore Championship 19 times, Cruiserweight Championship 14 times, and United States Championship 11 times. Again, is it any wonder that this promotion folded with ridiculousness like this.

Later Readers!
Posted by Michael J. Labbe at 4:55 AM