The Last Match: WCW Mid-Carders of the 90's

In this edition of The Last Match I explore a few of WCW's mid-carders of the 90's.  Let's face it, WCW was never really known for building stars, but they did have a few gimmicky mid-carders that are memorable. 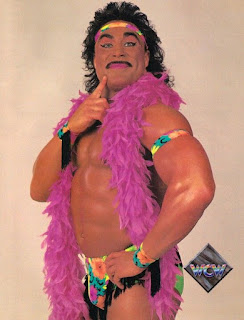 Marc Mero began his wrestling career in 1990 training with the Malenkos.  After working as a jobber for WCW he was signed to a contract and made his debut as Johnny B. Badd at the first SuperBrawl. He would become a three time WCW World Television Champion before leaving in 1996.

He would go one to join the WWE for three years and then make a single appearance return in WCW where he looked to challenge Tank Abbott but nothing ever came of it.  He would show up sporadically in TNA from 2004 - 2005 as Johnny B. Badd.  He is now a motivational speaker. 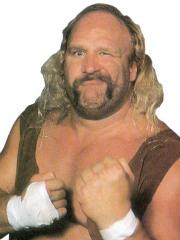 William Danenhauer was trained by Len Denton debuting in 1989 traveling around the independents, Germany and Japan.  He would debut in WCW in 1993 as The Equalizer.  In 1994 he would be repackaged as the simply minded Dave Sullivan the dyslexic brother of Kevin Sullivan often referring to himself as Evad. He was also Hulk Hogan's number 1 fan.  He and Kevin would eventually feud over Kevin's hate for Evad's hero.  His last appearance in WCW was the World War III 60 man battle royal in 1996 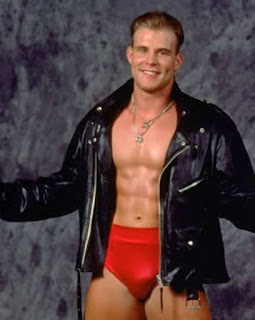 Trained by his father he wrestled his first match at just 16 in Germany in 1991.  He was signed by WCW in 1994 at just 19 and debuted as Das Wunderkind.  At Starrcade 1994 he defeated Jean Paul Levesque (Triple H) in his first ever PPV match.

He would flounder on the mid-card for the next several years a baby face and heel winning the WCW World Television, Cruiserweight, and Tag Team Championships holding them for a combined 51 days. 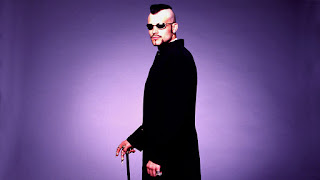 In 1999 he would return under a new gimmick as Berlyn, he had a new look, refused to speak English instead being accompanied by a female interpreter and a bodyguard called The Wall. This character didn't last very long and he went back to being Alex Wright.  It's a shame because I really like the Berlyn character, also I thought Wright was good in the ring but his talent was wasted.  He stayed with WCW until the WWE buyout returning to Germany to eventually starting his own promotion. 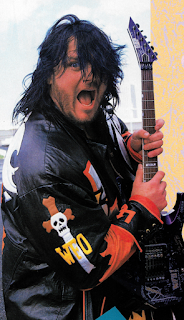 In 1993 - 1994 he wrestled for WCW his best known match was a Chicago Street Fight teaming with Cactus Jack in a losing effort against the Tag Team Champions: The Nasty Boys at Spring Stampede 1994.  He was released in 1994 signing with the WWF as Man Mountain Rock leaving the promotion after a year. 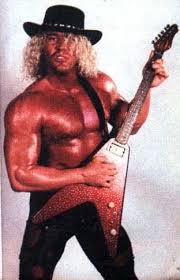 Mark Hildreth was trained by Boris Malenko debuting in 1991.  That same year he was signed by WCW has Heavy Metal Van Hammer.  He would have an impressive start racking up a string of victories over the likes of Terry Taylor, Cactus Jack, and other before being defeated by Jack at Clash of the Champions XVII.  That would be the highlight of his career.  He would leave WCW in 1993, returning in 1994 until early 1995.  He would return in November 1997 as a member of Raven's flock, then join the Misfits in Action before being released in July 2000.