Growing up when I was a kid I used to watch Superstars of Wrestling every week and looking back Hulk Hogan never wrestled on show.  Sure he made appearances on talk shows or interview segments to enhance an angle or feud but her very rarely actually had a match on TV. 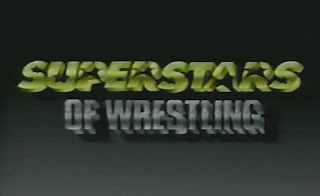 So I decided to take a look and see just how many matches he had starting from when he won the Championship.  Turns out the match I remember wasn't even on Superstars, it was on Championship Wrestling the precursor to Superstars of Wrestling.

This list does not contain matches on shows taped at MSG, Boston Garden, The Spectrum, or Maple Leaf Gardens because I did not get those channels in my area, or Prime Time Wrestling because it was a compilation of everything. 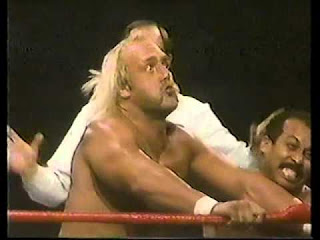 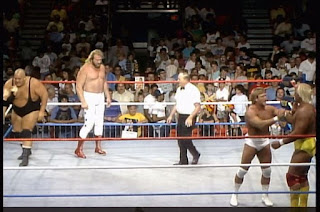 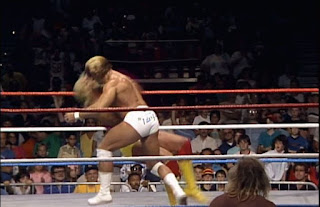 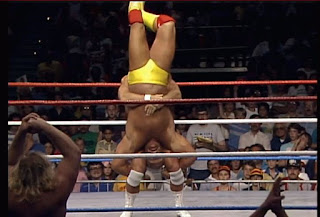 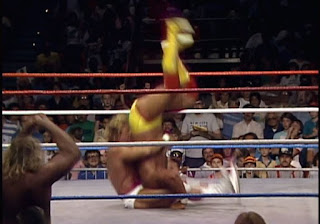 May 14, 1988 New Haven, CT The Coliseum, taped 4/21/88
Hulk Hogan pinned Boris Zhukov with Slick & Nikolai Volkoff with the leg drop, post match Volkoff and Slick entered the ring, Volkoff was slammed and leg dropped while slick was given an atomic drop to the outside. 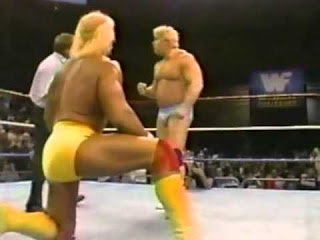 He had no matches on Wrestling Challenge and only 15 matches on these three primary shows in the 9 years he was in the promotion since his first championship.  That's not a lot of matches because back then you had to go to the house shows to see Hogan live.  TV was used to build the house shows unlike now where TV is the primary and house shows are just an opportunity to see the wrestlers live.

Let's put this in perspective, "Nature Boy" Ric Flair who wrestled in the WWF for 17 months had 15 matches on Superstars and Challenge during that time.