The WCW tag team KroniK was comprised of two veteran competitors in Brian Adams and Bryan Clark.  They were partnered together debuting at Spring Stampede 2000 as hired henchmen of Vince Russo aiding his New Blood stable.  They would go on to hold the WCW Tag Team Championships two times totaling 50 days.  They were compared to the APA as they too offered protection for a price. 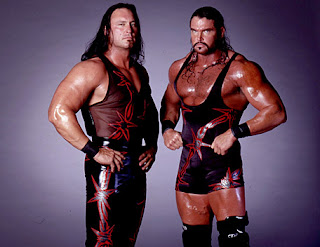 They were in WCW when the promotion was bought by WWE, however they did not immediately join the WWE in the initial influx of WCW talent. They would debut six months later as free agents before eventually joining the WCW/ECW Alliance.

Bryan Clark debuted in 1989 in the AWA as the Nightstalker joining WCW after the AWA folded.  At Starrcade he replaced The Diamond Stud teaming with Rick Steiner losing to Big Van Vader & Mr. Hughes.  In 1993 he joined the WWE for a two year run as Adam Bomb where he was initially managed by Harvey Wippleman until he turned face. 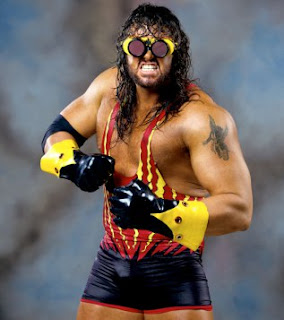 He left the WWE in 1995 and from what I can see find he didn't return to the ring until he rejoined WCW in 1997 as Wrath in the Blood Runs Cold gimmick.  He debuted as a heel joining Mortis feuding with Glacier and Ernest "The Cat" Miller.  He tore his ACL in a match with Jerry Flynn that put him on the shelf for a year where he returned with Brian Adams as KroniK.

Brian Adams debuted for New Japan Pro Wrestling 1986 competing there on and off until 1988.  In 1987 he went to the Pacific Northwest territory teaming with The Grappler as The American Ninja. In 1989 he wrestled in the All Japan New Year's Giant Tag Team Series.  In the month long series he would team with Mike Miller, Leo Burke, and Danny Spivey.

In 1990 he debuted in the WWF with an immediate huge push becoming a tag team champion as Crush the third member of Demolition.  After Demolition was disbanded in 1991 he returned as Kona Crush a Hawaiian surfer baby face.  He would turn heel being managed by Mr. Fuji and had a feud with Randy Savage that brought the Macho Man out of retirement for a falls count anywhere match at WrestleMania X. 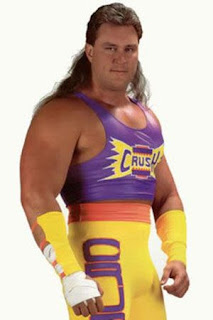 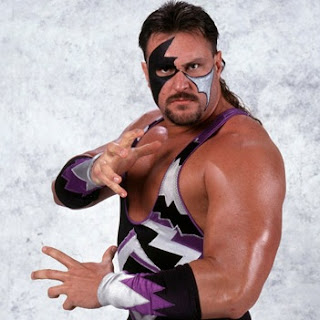 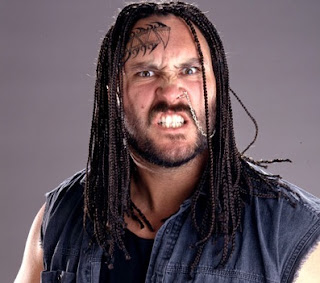 In 1996 he would change his appearance to that of a biker, still going by Crush he became a member of the Nation of Domination and later the Disciples of Apocalypse.  He left the WWE in 1997 and turned up in the WCW as a member of the nWo in 1998 under the name Bryan Adams.  In 1998 he was given the gimmick as the KISS Demon making two appearances in the makeup before giving it up to Dale Torborg before ever competing in a match under the gimmick.  He finished 1998 competing under his real name before taking a hiatus until the spring of 2000 when he returned as one half of KroniK.

Undertaker was in a match with Booker T when Steven Richards ran in to attack the Undertaker.  Taker knocked Richards to the mat and when he bent over to pick up him Booker T nailed and ax-kick getting the pin.  Taker then when for the last ride powerbomb on Richards when KroniK hit the ring.

When Shane arrived at the building KroniK & Steven Richard approached Kane offering their services to the Alliance, which Shane accepted and then booked them in a match at Unforgiven for the WCW Tag Team Titles. 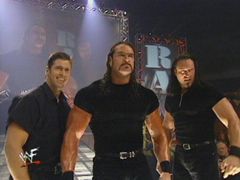 Albert substituted for The Undertaker in this match.  Kane pinned Bryan Clark after a chokeslam.  This would be KroniK's only house show appearance. 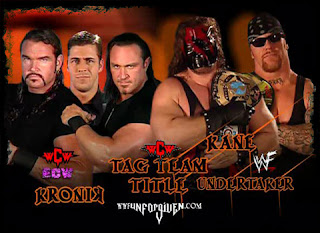 This was an ok back and forth match, I wouldn't call either tag team dominate.  The finish came after a chokeslam on Clark by The Undertaker.

This was the last appearance for KroniK in the WWE.  I'm not sure why they left the WWE it seems like everything ended just as it got started.  The would wrestle for the Heartland Wrestling Association in Ohio in October and November 2001.

In February 2002 they appeared on the WWA Pay-Per-View in Las Vegas defeated Ghostwalker and Navajo Warrior.  That July they debuted for All Japan Pro Wrestling and defeated Keiji Muto & Taiyo Kea for the AJPW Tag Team Championships. They were stripped of the titles for failing to defend them.  Their last match together as a tag team came on January 19, 2003 in Tokyo, Japan for Wrestle-1 losing to Keiji Muto & Bill Goldberg. 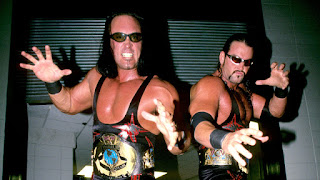