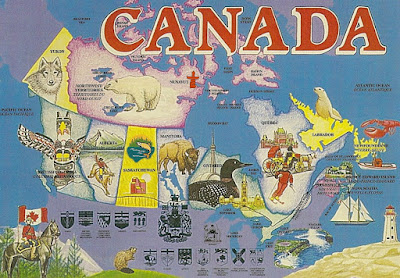 Recently on the "What Happened When?" podcast they talked about the WCW Mayhem 1999 pay-per-view with originated from Toronto, Ontario, Canada.  It got me thinking if this was the first time WCW had been to Canada.  It wasn't, but it was one of only a handful of shows that that WCW had ever run in Canada.  I'm referring to WCW from when Turner bought JCP in October 1988 to the end of WCW in 2001.

Their first run through Canada came in 1990 with five house shows, three in June and one in October and November.  All of these shows were in Ontario

In 1997 a show was held in Montreal where Jacques Rougeau wrestled Hulk Hogan in the Main Event.  This is at times billed as a WCW house show, but it is not.  In fact this show was promoted by Rougeau who was in WCW at the time.

WCW's second big run in Canada was in 1999 - 2000 with eight shows.  Now I know what you are thinking, eight shows over two years is not a lot especially if you compare it to the number of shows the WWE has run in Canada.  In 1997 WWE promoted 26 shows in Canada.

However of the eight shows you have two Pay-Per-Views, five television tapings and one house show.  I'm pretty sure WCW ran Canada because of Bret Hart in 1999, for their return in late summer 2000 I'm not sure what motivated it. 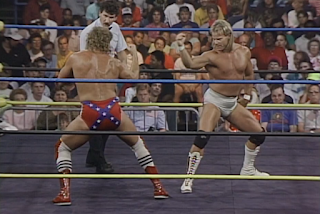 Steele is Kevin Nash, Blade is Al Green, Iron is Cory Pendarvis only lasted a very short time before being replaced by Al Green.

The Black Scorpion could have been portrayed by Al Perez, Randy Culley or Bill Irwin

The June tour of these shows definitely got the better talent line-up.  Granted the champions didn't fare to well in their matches.  It seems like these shows were part of an attempted expansion and then going forward they didn't return because of cost cutting measures.  I'm just freelancing here. 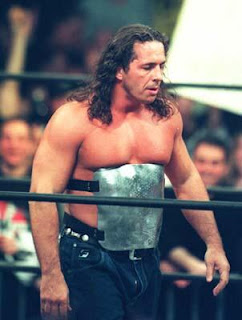 This show featured the famous angle where Bret Hart called out Goldberg and was speared, however, Hart had a metal plate on and Goldberg knocked himself out.  After Hart quit WCW. 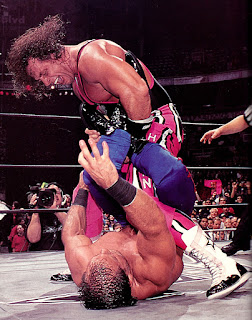 Sadly the main event was marred with interference by Dean Malenko, Scott Hall, Kevin Nash, & Goldberg.  Also during the match they cut the back showing them brawling.  The focus should have been on the ring. 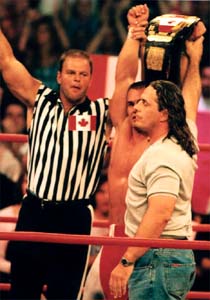 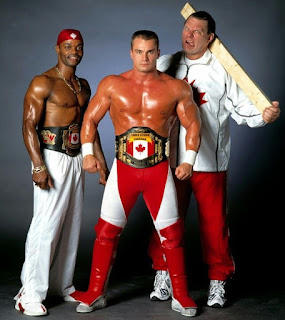 The shows in 1999 and 2000 were the best that WCW had to offer at that time, even the house show.  I wonder if they had stayed afloat in 2001 instead of what had happened if they would have returned in 2001.