In this edition of The Last Match I take a look at a group of men who I first knew as successful managers that were wrestlers when they first broke into wrestling. 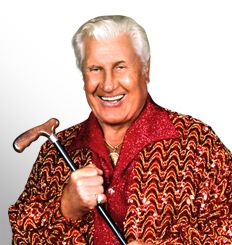 The Hollywood Fashion Plate made his debut in 1935 before serving his country in World War II.  When the war was over he continued wrestling first making it big in California with the World Wrestling Association, spent some time in Georgia then returned to the WWA winning their version of the World Championship four times. 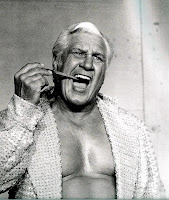 Traveling to Japan Blassie had a violent and bloody feud with Japanese legend Rikidozan.  Blassie would file his teeth during interview sharpening them then bite his opponents drawing blood reportedly causing viewers on Japanese TV to have heart attacks, some even died. 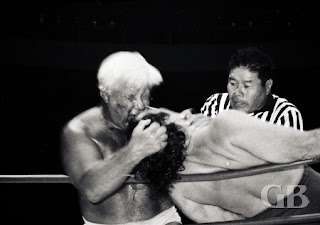 Blassie began managing in 1974 later becoming a full time manager in what is currently known as the WWE.  Even after is retirement from managing Blassie would continue to make appearances in the promotion even doing voice overs for promotion packages.  He was inducted into the WWE Hall of Fame in 1994.  He died June 2, 2003 at the age of 85. 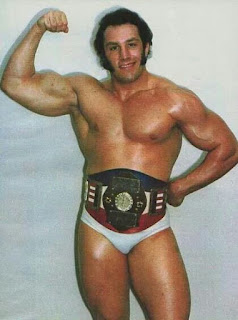 Precious Paul was trained to wrestle by Verne Gagne and Eddie Sharkey debuting Christmas nigh 1977.  Traveling to Mid-South Wrestling he injured his knee in a match with Robert Gibson that essentially ended his full time in ring career.  Ole Anderson made him a manager based on his talking ability. 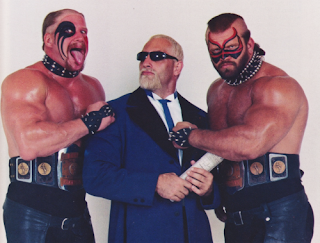 In early 1984 Ellering became the manager of The Road Warriors: Hawk & Animal and for the next 8 years the trio dominated the tag team division everywhere they went.  Georgia Championship Wrestling, the AWA, Japan, Jim Crockett Promotions, WCW, and the WWE. 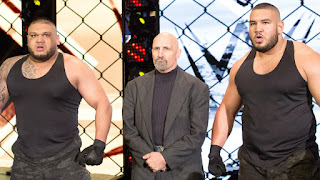 Most recently Ellering returned to the WWE on NXT as the manager of current tag team champions the Authors of Pain. 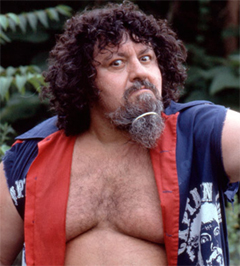 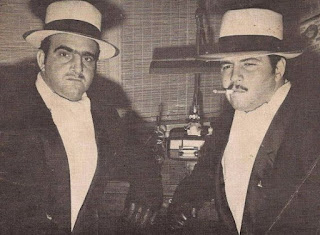 Albano debuted in 1953 in the New York area.  In 1961 he formed a tag team with Tony Altomare dubbing themselves The Sicilians complete with mafioso gimmick.  After ten years together, and at the urging of Bruno Sammartino & Vince McMahon Sr., Albano broke up the team and moved into managing becoming a top heel manager in the WWE for over 15 years. 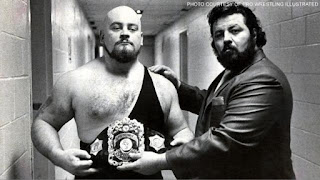 Albano managed Ivan Koloff in his victory over Bruno for the championship.  He also managed Intercontinental champions Don Muraco & Greg "The Hammer" Valentine and fifteen different teams to the tag team championships earning him the nickname "The Guilding Light". 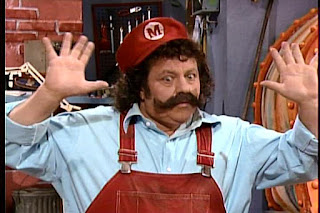 I also remember watching Albano play Mario Mario in the live action wrap arounds on the Super Mario Brother Super Show as well as providing the voice for his animated counterpart. 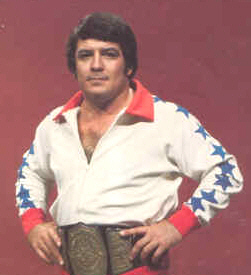 Jones debuted in 1961 after being trained by Paul Boesch and Morris Sigel.  Jones toured the territories primarily staying in the Mid-Atlantic area.  He held several regional titles along the way. 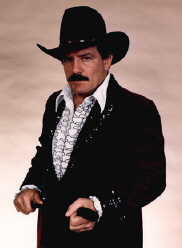 In 1982 he became a manger forming Paul Jones Army in Mid-Atlantic Wrestling.  Leading such men as Ivan Koloff, The Warlord, Barbarian, Manny Fernandez, Rick Rude, and others.  He left the territory in 1989 and returned to wrestling on the independents until retiring in 1991. 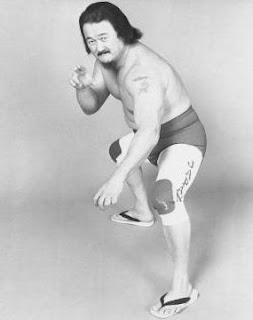 Fuji debuted in December 1965 in his native Hawaii.  He toured the territories including Oregon, Georgia, Toronto, and several stints in the WWE.  During his multiple runs in the WWE he formed two formidable tag teams with Toru Tanaka and Mr. Saito for a combined five tag team championships holding the title a record combined 932 days. 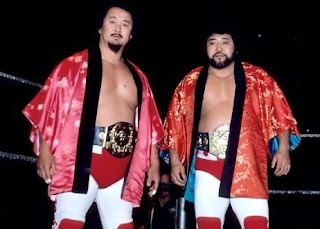 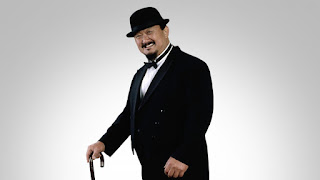 Later Readers!
Posted by Michael J. Labbe at 6:13 AM