Pete Rose in the WWE 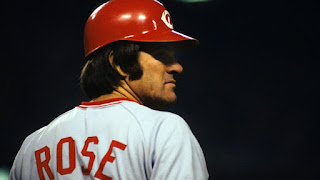 Mr. Rose first appeared in the WWE at WrestleMania XIV in Boston March 29, 1998, I was there incidentally.  Rose was slated as the guest ring announcer for the match pitting the first encounter of Kane vs. The Undertaker. 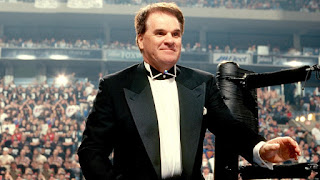 The Fink announced Rose to a warm reception from the Boston crowd, then Rose got on the mic opening with "Last time I was here we kicked your ass!" to a chorus of boos.  He then further insulted the Red Sox faithful saying "You can't win a World Series", "I was going to leave tickets for Bill Buckner but he couldn't bend over to pick them up" and finishing up calling us losers.  He then introduced Kane who came to the ring and promptly scooped up Rose for a tombstone piledriver.  Jay and I, like everyone else, popped big time. 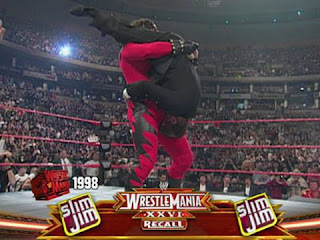 Looking back it doesn't make a lot of sense because Kane was the heel, not the babyface and Rose just heeled all over the crowd.   Rose was stretchered out of the arena.

Rose next appeared in the WWE at WrestleMania XV March 28, 1999 in Philadelphia.  Kane was coming to the ring for his match against Triple H.  When Kane got to the ring he was attacked from behind by the Famous San Diego Chicken. 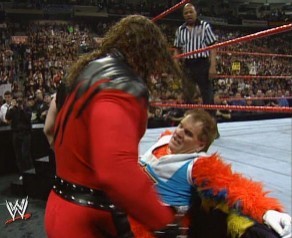 Kane ripped off the head of the chicken revealing Peter Rose.  Once the crowd realized who he was they popped for him, but he was quickly put down again with the tombstone piledriver.  Rose was helped to the back by Tony Garea and Jimmy Korderas. At WrestleMania 16 on April 2, 2000 in Anaheim, California Pete Rose once again returned to the WWE.  Now a babyface Kane was teamed with Rikishi in a tag team match against X-Pac and Road Dog.  Kane pinned X-Pac following a tombstone piledriver winning the match for his team. 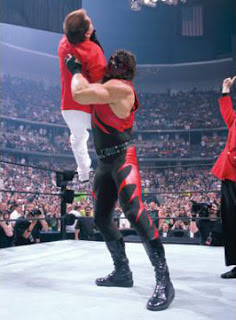 Too Cool: Brian Christopher and Scotty 2 Hotty came down to the ring to celebrate with the traditional dance that they and Rikishi did at that time.  The Famous San Diego Chicken entered the ring to celebrate with them.  Jim Ross and Jerry Lawler immediately starting saying that Rose was in the chicken suit.  Earlier in the night Rose has been interviewed by Michael Cole and Rose said he was there to get his revenge on Kane which is why they believed him to be in the suit.

Too Cool, Rikishi, & The Chicken danced together and when it was over Kane confronted the Chicken backing him into a corner, Pete Rose then slid in the ring with a baseball bat. Rikishi grabbed the bat and Kane floored Rose with a chokeslam.  He was then dragged to the corner and Rikishi delivered a stink face to Rose. 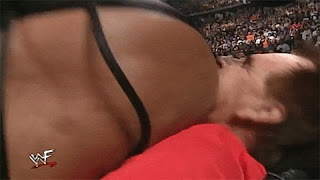 In 2002 Pete Rose would return to the WWE this time in a commercial for the Pay-Per-View No Mercy which took place on October 20, 2002.  The commercial was Halloween based and featured Trick or Treaters dressed as WWE Superstars coming to Pete's home looking for candy.  Rose tells them to scram in various humorous ways denying them candy.  Then Pete opens the door and sees Kane who grabs Pete by the throat.  The camera cuts away advertising the PPV then comes back to Pete on the ground apparently falling victim to the chokeslam. 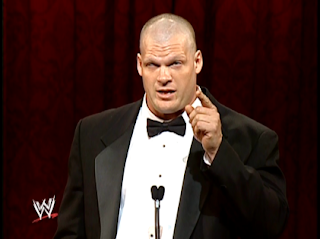 Pete Rose was inducted into the WWE Hall of Fame in 2004 as the first inductee into the Celebrity Wing.  He was, of course, inducted by his nemesis Kane who in his induction speech made a joke about Pete not betting on ever getting him back at WrestleMania. 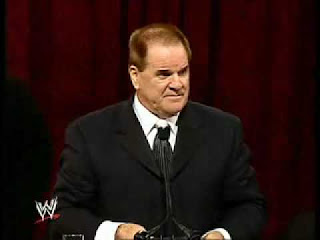 Rose opened his acceptance speech with "I didn't know you were that ugly." As Kane was unmasked for this segment, the first time Rose seeing him that way.  He kept it brief thanking Vince McMahon and talked about sitting in the Gorilla position at WrestleMania XIV and how much the wrestlers respected each other.  He stated that wrestlers and nascar were the two places where they treated the fans the best. 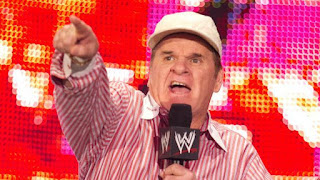 Pete's final WWE appearance to date was as guest host on the March 22, 2010 episode of Raw from San Jose, California.  Rose would booked Shawn Michaels in a match against Kane to finally get his revenge on the Big Red Machine in a match with no count-outs and no disqualifications.  Rose was seen again backstage wishing Michaels luck in his match.

The final time he was seen on the show was backstage with Christian, Rose was excited about Michaels victory over Kane insulting the San Francisco Giants along the way stating that his luck had changed. 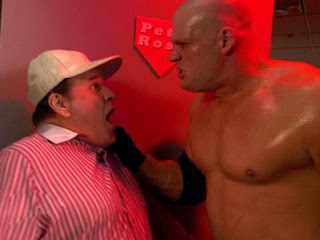 When he opened the door to his dressing room he was greeted by Kane who seethed "your luck has changed huh, well don't bet on it!" Grabbing Rose he pulled him into the room closing the door where it sounded like Rose was being beaten up.

Although not seen on the show Rose was mentioned in name by Kane on the August 27, 2012 episode of Raw.  Daniel Bryan and Kane are in an anger management segment where Kane admits, "for reasons never quite explained, I have an unhealthy obsession with torturing Pete Rose."

Later Readers!
Posted by Michael J. Labbe at 4:24 AM