The title of this blog I'm not very happy with because it doesn't truly convey what it is that I'm writing about.  I just couldn't come up with anything better.

Now a days is not uncommon for former headliner or main event wrestler to make appearances on the independent circuit in non-wrestling roles.  Flair, Sting, Steamboat, they make the rounds to much fan fare.  However it is a great rarity when they have an actual match on the independents.  Here are a few that I have found.

For this list I am referring to the modern day independent scene not the pre-1990's.

"Heartbreak Kid" Shawn Michaels
Many people think that SummerSlam 2002 was Michaels first match back after his back injury and WrestleMania XIV but they would be wrong.  After Michaels left the WWE he started his own school and promotion Texas Wrestling Alliance.  In 2000 Michaels faced Venom in a Bunkhouse Brawl for the TWA Heavyweight Championship. The match is on You Tube here.  Michaels actually looks pretty damn good in the match. 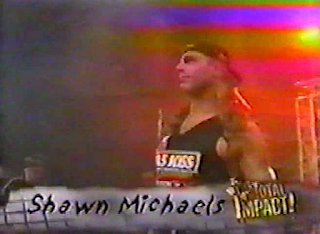 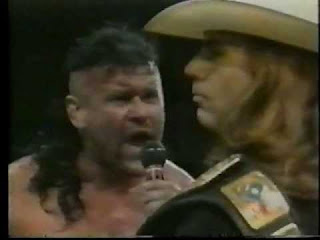 "Nature Boy" Ric Flair
One of my all time favorites Ric Flair never toured the independent scene.  Sure as NWA World Champion he worked some pretty crazy far off places, but that was always under the banner of the NWA. While they were affiliated with the WWE he worked one match for Deep South Wrestling and one for Ohio Valley Wrestling.

November 21 - 28, 2009, Hulkamania: Let the Battle Begin Tour, Australia
Flair lost to Hogan in all four matches on the tour 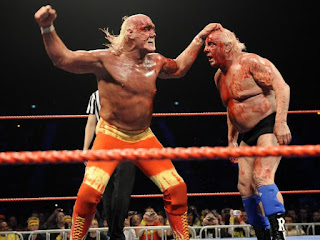 This was Flairs return to wrestling 18 months after his retirement match loss to Shawn Michaels.  After this tour he would sign with TNA where he competed in 12 matches losing most of them.

While in the WWE Big Show worked several matches in their developmental systems, Ohio Valley Wrestling, Heartland Wrestling Association, Deep South Wrestling, and a joint WWE/IWA Puerto Rico, these matches were all in association with the WWE while he was under contract with them.  This is Big Shows only Independent booking to date. 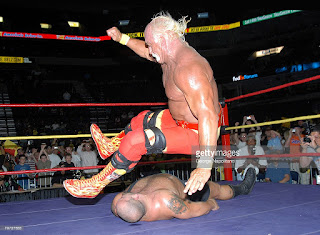 Jerry "The King" Lawler was originally scheduled to be Hogan's opponent but the WWE pulled him from the show.  Show was a last minute replacement.  The FedEx Forum can hold pretty near 19,000 people and the show only drew 4,500.  I mean that is a huge number, but many felt with Lawler it would have drawn more.

The Hulkster has already been mentioned in this post with his matches with Flair and Big Show, but he did wrestle one other independent match.

November 21 - 28, 2009, Hulkamania: Let the Battle Begin Tour, Australia
Flair lost to Hogan in all four matches on the tour This promotion was hoping to fill the void left after WCW and ECW folded, and with Hogan some thought it would.  However, after Hogan left signing with the WWE to reform the nWo with Hall & Nash, the promotion never managed to make a go of it.

Later Readers!
Posted by Michael J. Labbe at 1:37 AM