March 17, 2017 I attended Limitless Wrestling "Hysteria" at the Westbrook Armory and my oh my did I score big time adding eleven trading cards to my collection!  You can read my report about the show here. 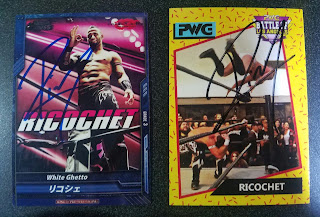 Two cars signed by the Future of Flight.  The card of the left is from the 2014 King of Pro Wrestling set from Japan.  The second from PWG Bola 2016 fan set made by @Briandabrain.  This really is a fantastic card set. 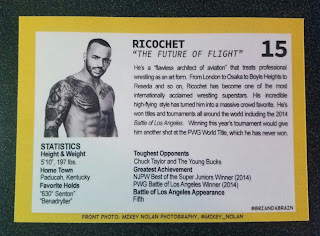 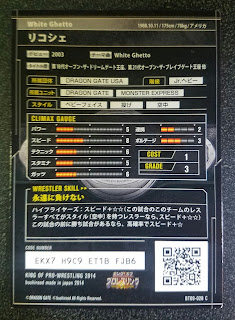 Three cards totals, the first is also from the PWG Bola 2016 set.  The detail that were put into these cards is tremendous!  The second from the 2010 Topps WWE set signed as Evan Bourne the gimmick name he was using at the time.  The third card is from the Japanese 2016 King of Pro Wrestling set. 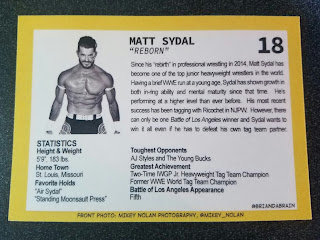 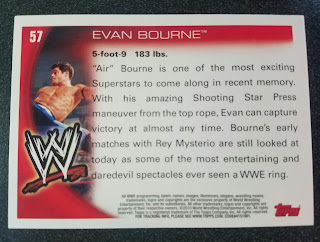 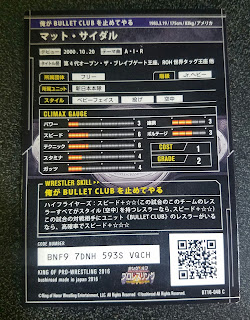 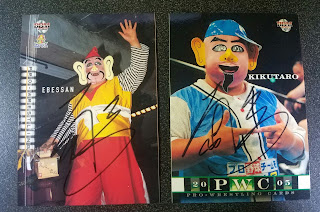 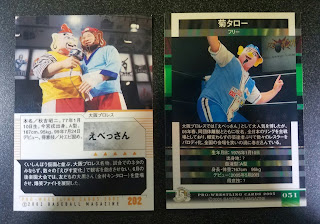 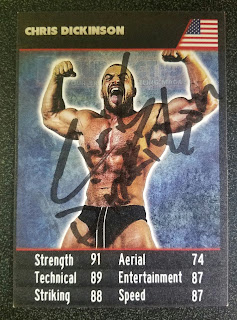 The "Dirty Daddy" is a northeast mainstay but has traveled the world  wrestling.  This card come from the United Kingdom part of the 2015 - 2016 Resurrection game set.  When I presented him with the card he got excited about it because it was the first time he'd seen one.  He said they were supposed to send him a bunch but never did.  I referred him to Huskerhavs where I bought this card. 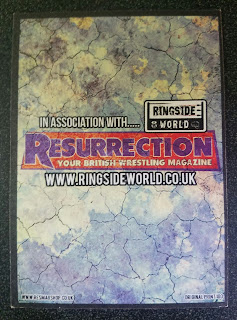 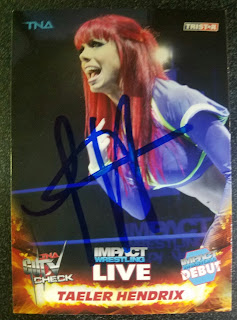 This card is from the 2013 Tristar TNA Live set and is the only card of her that they released.  Signing with TNA in June 2012 she won a Gut Check challenge and was released in July 2013. 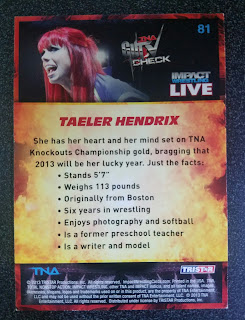 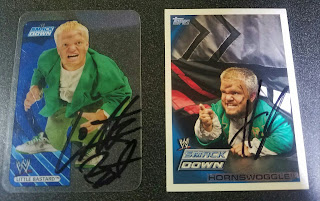 Swoggle was an unadvertised surprise guest and I just happened to have these cards in the van.  The first is from the WWE 2006 Lamincards, this is the only Little Bastard card that was released.  The second is from WWE Topps 2010 set as Hornswoggle. 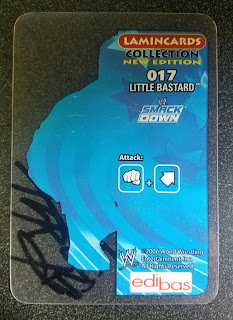 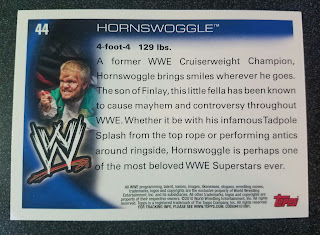