Four more independent wrestling trading cards have been added to the collection.  Again I do not purchase the cards off of ebay, I get them signed in person or through the mail direct from the wrestlers.  Sometimes my buddy Roy gets me the hook up getting cards signed.

These two Chuck Taylor cards I recently got signed in person at the Chikara "Blink" event in Kennebunk, Maine on March 4, 2017.  You can read my show report here. 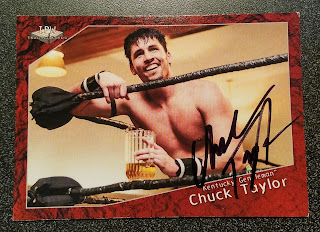 This first card is from and IPW set produced in California.  These cards are becoming harder to find however they do pop up on ebay and Huskerhav does have few singles left from the set. 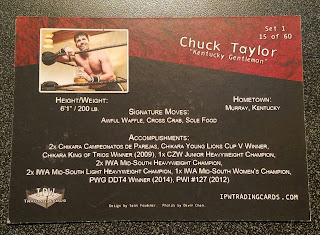 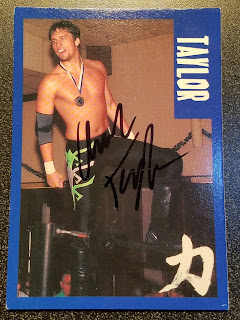 This card I bought from Chikara the day of the show.  They produced a card set from 2006 - 2010 and while they no longer have complete sets they do have a few singles left.  Chuck stated that the picture on the card was from 11 years ago. 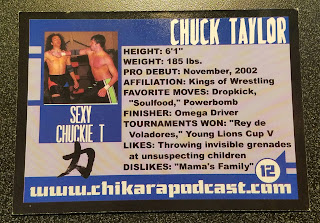 These next two cards my buddy Roy got signed for me when he went to Beyond Wrestling the weekend of January 28/29, 2017 in Massachusetts. 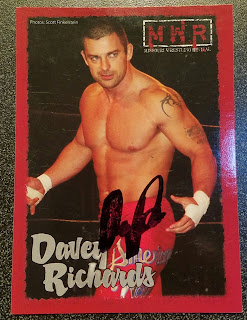 This card of Davey Richards is from the Missouri Wrestling Revival set series 1.  You can still get complete sets of the cards or singles direct from Brian Kelley on his website here. 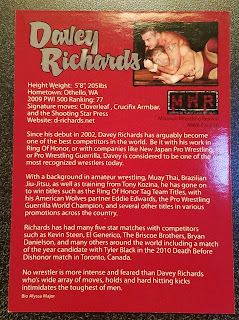 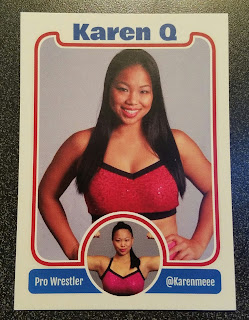 This card of Karen Q I believe is self made, the back features a spot for the autograph instead of biographical information.  For me I would rather have the signature be on the front of the card.  It's a really nice and well made card. 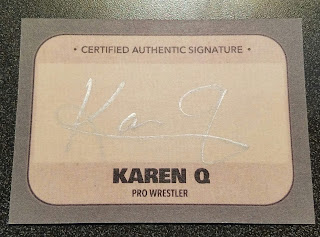