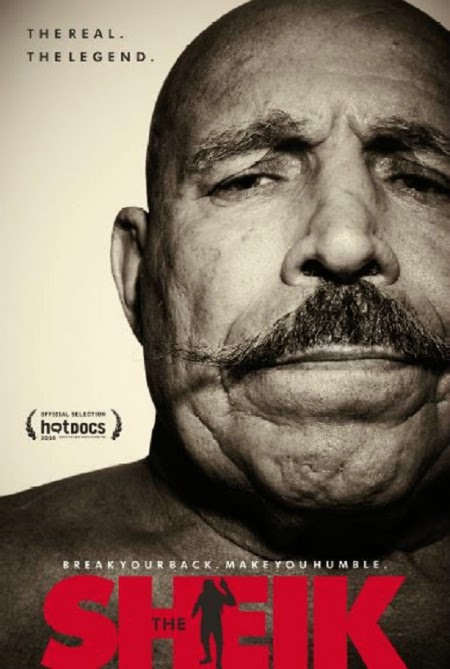 I recently found a documentary on Netflix called “The Sheik” about Khosrow Vaziri the legendary Iron Sheik!  I can’t recall hearing anything about this prior to finding it and I honestly wasn’t expecting much.  Recently the Iron Sheik has been presenting himself as a loud obnoxious old man who curses out everyone stating that he would suplex them, put them in the camel clutch, break their back, fuck their ass, and make them humble.  I really didn’t expect much if any substance to this.  That being said I am pleased to say that I was proven wrong.

This is an excellent documentary that starts with briefly talking about the Sheiks life in Iran, becoming an amateur wrestler, the bodyguard for the Shah of Iran and eventually coming to the United States.  Upon his arrival in 1971 he became an assistance coach to the US Olympic Team which eventually led to his meeting with Verne Gagne which started his professional wrestling career. 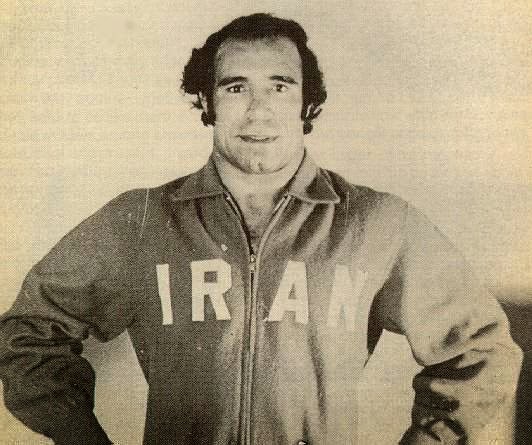 The story of the Iron Sheik is told through extensive interview with his family and fellows wrestlers including extensive sit down interviews with The Rock, Bruce Prichard, Jake Roberts, Keith Elliot Greenburg, Jim Ross, and with stories from Jim Duggan specifically about their arrest for possession, King Kong Bundy, Nasty Boys, Ron Simmons, Sunny, Jimmy Hart, Nikolai Volkoff, Bob Orton, Hulk Hogan, Mick Foley, Jim Duggan, Jimmy Snuka, and others.  It also features still photos of Sheik through-out his life and footage of him in action with Mid-South Wrestling, World Wrestling Council, and on the Independents.

Another surprising revelation is that the Sheik is married to a wonderful woman that he met and got married to back in 1975 and has a beautiful family where is grandchildren call him Papa Sheik.

This documentary seems to have been the brain child of Jian & Page Magen, the children of a childhood friend of the Sheik and these two are like family to him.  They idolized Sheik growing up and when they first reconnected with him in 2006 they were shocked at the state they found him in.  After the murder of his daughter Marissa a few years prior Sheik took a turn for the worse when it came to his drug abuse, which he calls his medicine.

The biggest revelation of this documentary to me is that The Sheik the way he acts currently, the cursing and loud mouth brash behavior, is a work.  That’s right the Magen brothers have made it their job to make The Sheik relevant beyond the wrestling world so he will be remember.  I also think the reason they do it is to keep him busy and not relapse with drug use.

This is one of the best non-WWE wrestling documentaries that has come out in a long time and well worth you checking out.