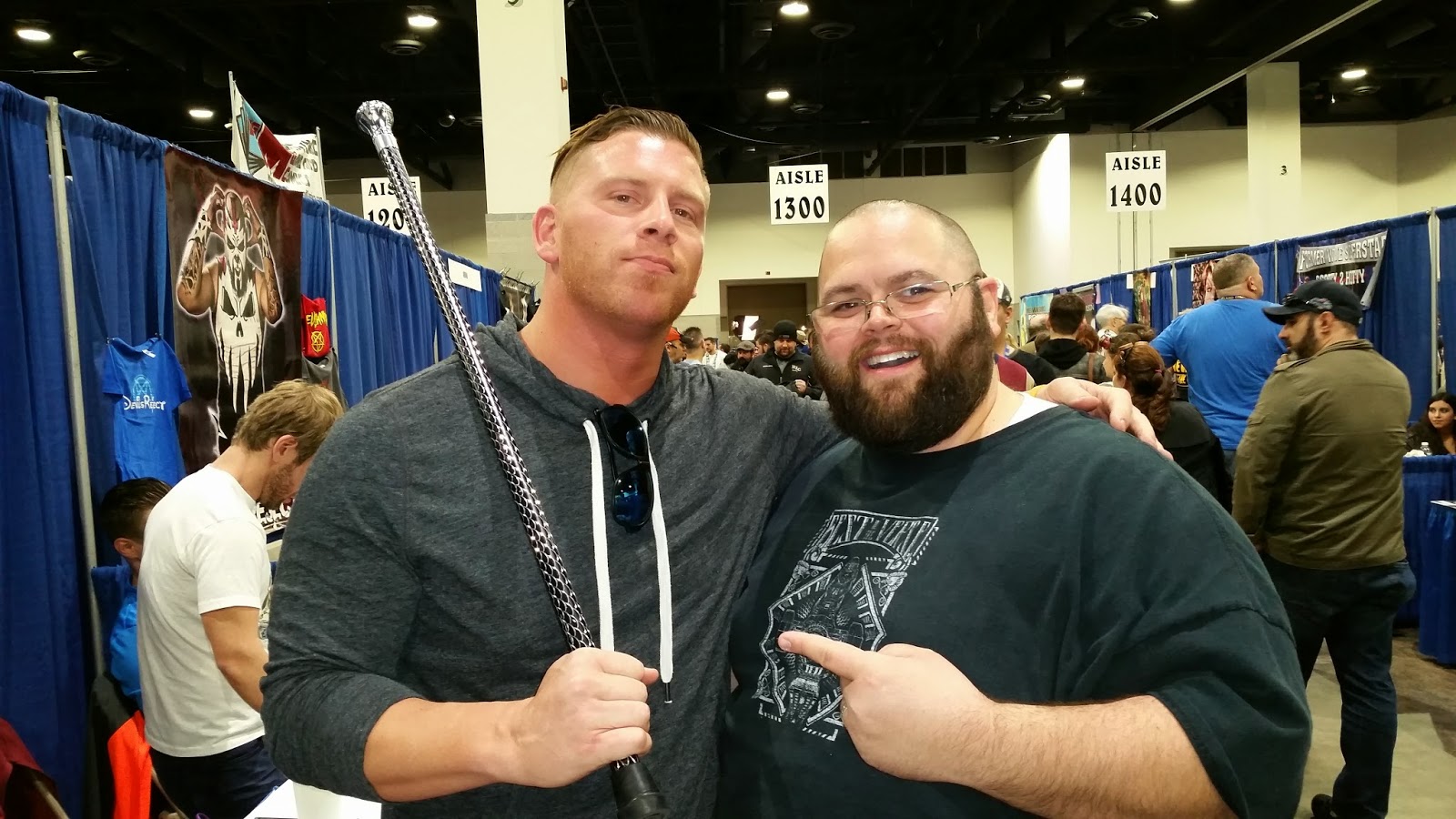 My newest signed cards that came in the mail are from Brian Myers formerly known as Curt Hawkins and Brian Majors in the WWE.  I had previously met Myers at the Rhode Island Comic Con in November 2014 and at that time he signed two cards for me.  He was originally advertised to be at the Boston Pro Wrestling Marathon in March 2015 so I picked up a couple more cards from Huskerhavs Wrestling Cards for him to sign.  As he was no longer appearing I messaged him and he graciously agreed to sign my cards so I mailed them out straight away.  He also signed the cards as the name he was going by at the time. 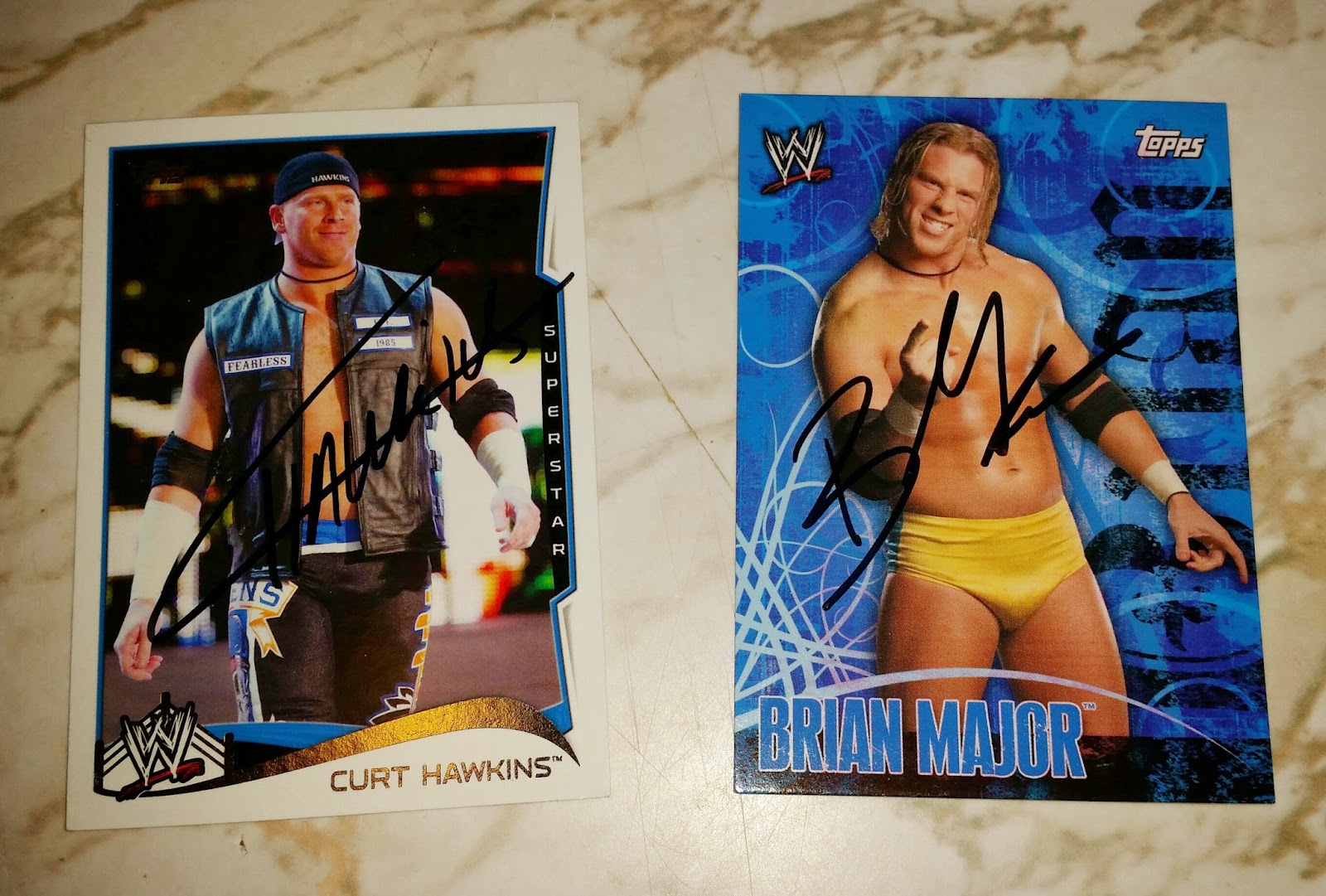 Above are the cards I got signed at Rhode Island Comic Con.  The left is a 2014 WWE Topps Curt Hawkins and the right is a 2007 Topps Face Off trading card game card of Brian Majors. 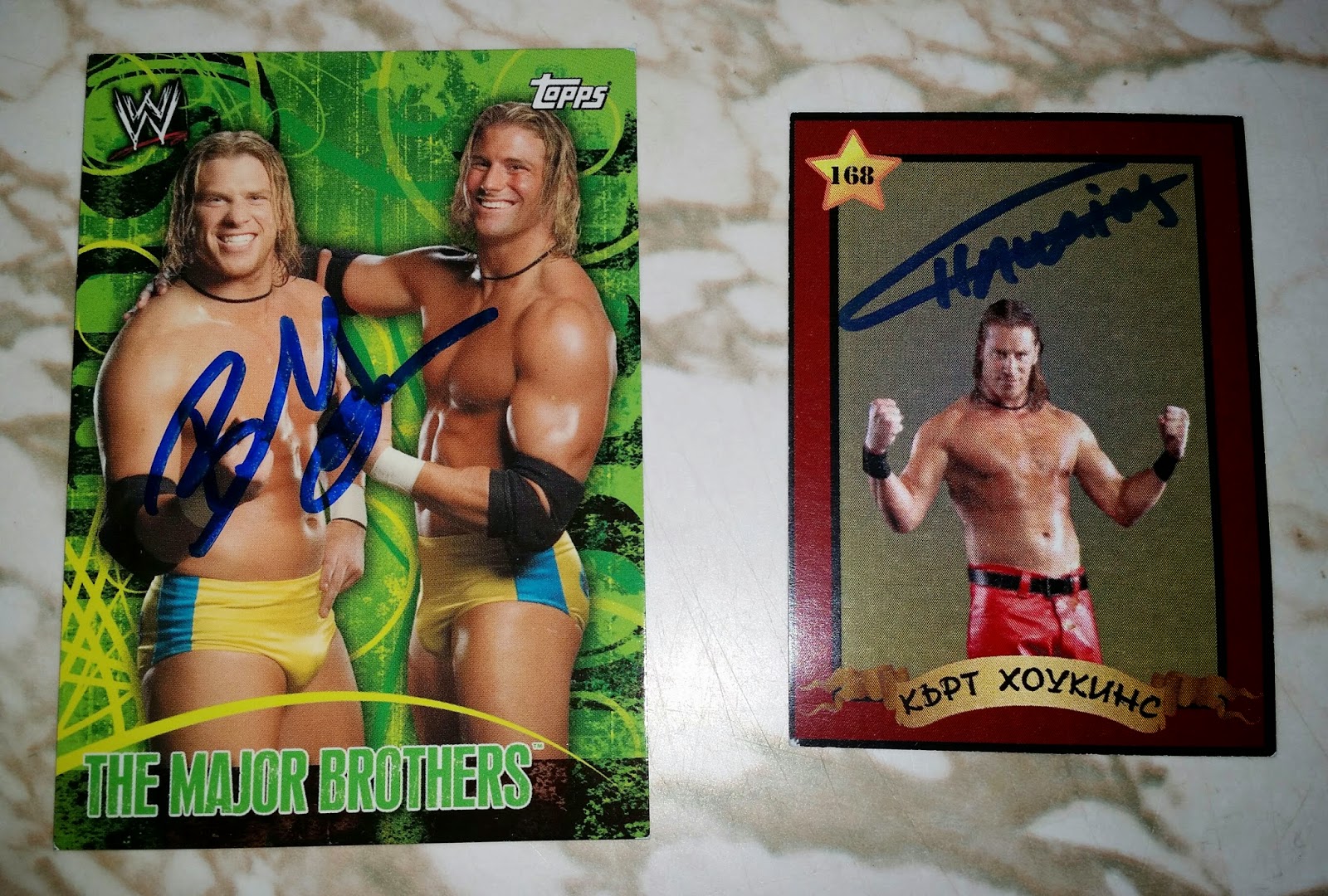 These are my newest cards that I just received.  The left is also a 2007 Topps Face Off trading card game card, this time though of the Major Brothers.  The right is a card of Curt Hawkins that was released in Russia.  I'm not sure of the exact year but I would guess 2013 or 2014.

I'm very pleased to add these two new cards to my growing collection.  Now I just need to get Brett Majors, Zack Ryder, to sign the Major Brothers card!