Is the NWA World Championship still a premier championship? Part 1

The NWA: National Wrestling Alliance was a coalition of promoters that came together to essentially rule the wrestling landscape and set boundaries or territories that each promoter was to adhere to when running their shows.  Also they worked together to declare one World Heavyweight Champion that would tour the territories.  Their first champion was Orville Brown of Sharon, Kansas.

For 45 years the NWA World Heavyweight Champion was THE recognized wrestling champion worldwide.  Cable television, tape trading, the expansion of the WWE (then WWF), and Ted Turner buying Jim Crockett Promotions (renaming the promotion WCW) eventually lead to the demise of the NWA as it was originally intended to be. 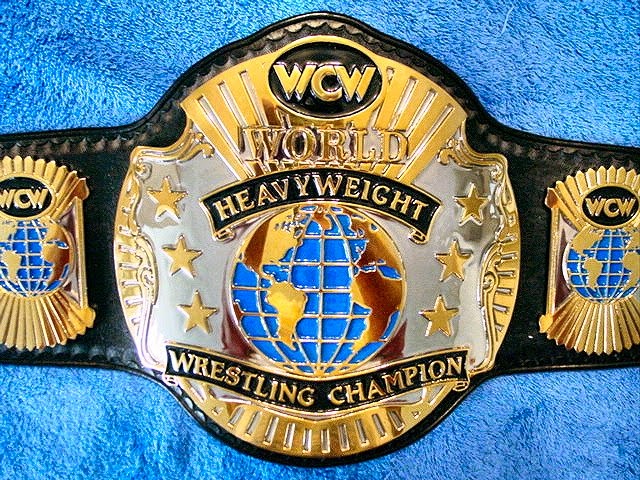 The NWA didn’t recognize a World Champion for almost 1 year until a tournament held by New Japan Pro Wrestling where Masahiro Chono defeated Rick Rude in the Finals to become Champion on August 12, 1992.  This year long lapse where a champion was not recognized was the first blow in the NWA losing credibility.  There was nothing to keep the NWA fresh in the minds of the fans.

Let’s take a moment to assess where the NWA stands at the time when WCW withdraws.  The group is led by a 3 person Committee in Steve Rickard from New Zealand, Dennis Coralluzzo from New Jersey, and Howard Brody from Florida.

The former NWA World Television and United States Championships were absorbed into the WCW Versions of the titles and the NWA never created their own version again.   There are countless regional championships with the NWA name attached to them, but we are only focusing on the national championships that give the NWA a national name.

At this point the NWA is essentially dead.   The grand vision that was started back in Waterloo, Iowa in 1948 is no more.  We can clearly see now that the glory days of the NWA are over, but back then these three men try their best to keep the NWA alive and bring it to the forefront once again.   After the withdrawal of WCW and NJPW the NWA is reorganized with a few promotions recognized by the NWA board. 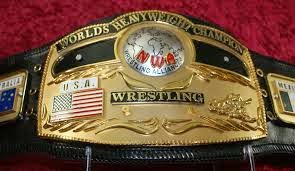 In 1994 the NWA is gearing up to re-crown their World Champion bringing back the prestigious “Ten Pounds of Gold” domed globe version of the belt that was first worn by Harley Race in 1973 and last worn by Ric Flair 1985. NWA Eastern Championship Wrestling promoted by Tod Gordon proposes to hold the tournament at his promotion as they have the largest TV coverage of all the existing NWA Promotions.
I’m sure most of you know this story by now.  On August 27, 1994 Shane Douglas wins the tournament pinning 2 Cold Scorpio at the ECW Arena in Philadelphia, PA and is declared the new champion.  He then cuts a scathing promo that the NWA is dead and throws down the title and declares himself the ECW World Heavyweight Champion.  Shortly thereafter the ECW withdrew from the NWA and rechristened themselves Extreme Championship Wrestling.

Once again the NWA name is tarnished they have now gone a year with no recognized major champion severely damaging the credibility of the NWA World Championship as a viable title.

November 19, 1994 the NWA finally crowned a new World Champion in Cherry Hill, NJ when Chris Candido defeated Tracy Smothers in a tournament final.  This tournament was held in conjunction with Jim Cornette’s Smoky Mountain Wrestling, however the affiliation was brief.  On February 24, 1995 Candido lost the Championship to Dan Severn in Erlanger, KY at a SMW house show.   Severn then became a touring champion leaving the SMW territory.

I can see the appeal of putting the Championship on Severn, multi time AAU wrestling champion, 3 time US Olympic Team Alternate, and he was competing in the UFC.  He had legitimacy like the old school NWA Champions.  In 1995 he would go on to win the UFC 5 Tournament, The Ultimate Ultimate 1995 Tournament, and the UFC Superfight Championship and the whole time he carried the NWA World Championship Belt to the Octagon with him.

However, they never really mentioned the NWA belt on the shows, and UFC at that time was not accepted main stream like it is now.  It was viewed as barbaric and was banned in most states, so it’s not like he was bringing huge publicity to the NWA.  In fact Severn’s over 4 year reign did nothing to elevate the NWA in anyway.

The NWA did receive some minor national recognition with a brief and failed invasion of the WWF (now WWE) in early 1998 lead by Jim Cornette.   You can read a detailed account that I wrote about this angle here, and you probably should before continuing with this post.

Essentially Severn joins the Angle March 30, 1998 billed as the NWA and UFC Champion, a shooter and is put over as a shooter stretching the Headbangers on his debut.  He would go onto win most of his matches with submission holds and he was billed as the NWA Champion, however he was never put in any high profile angles or matches as NWA Champion and only wrestled mid-carders.  I’m pretty sure the NWA Championship was never even defended in the WWE.   By June of 1998 Severn was no longer as billed as NWA Champion and in the end this angle essentially buried the NWA.

Severn’s time in the WWE did nothing to elevate the NWA or the Championship.   As soon as he was no longer being recognized in the WWE has NWA Champion he should have dropped the title.  Instead he spent the next 9 months as a WWE mid-carder then as soon as he left he drops the belt.

The NWA did promote a great card to celebrate the 50th Anniversary of the NWA on October 24, 1998 in Cherry Hill, NJ.  However, it was the only significant NWA card held that year.

In 1999 6 years since the reorganization of the NWA they still don’t have a national presence, and their affiliation with WWE was a bust.  They have affiliates all over the United States and a few in other countries, but their 4 year World Champion did little build the title.

For the next couple years the NWA continued to struggle to bring themselves back to the forefront of wrestling.  They returned to the national spotlight when they signed a deal with Total Nonstop Action Wrestling (TNA) giving TNA exclusive rights to use the NWA World Heavyweight and World Tag Team Championships as their primary titles.  The current champions Dan Severn and  The Shane Twins were stripped of their titles.


At TNA’s first show on June 19, 2002 in Huntsville, AL they crowned a new World Heavyweight Champion in Ken Shamrock.  World Tag Team Champions would not be crowned until July 3, 2002 in Nashville, TN as AJ Styles & Jerry Lynn would defeated the Rainbow Express: Bruce & Lenny Lane in a tournament final.

NWA would flourish over the next 5 years as TNA brought back credibility and prestige to the NWA World Heavyweight Championship.  NWA’s secondary titles even though not defended on the national scene were elevated to the casual fan as the name NWA was becoming recognizable again.

In May 2007 as the end of 5 year agreement was coming to pass TNA decided to withdraw from the NWA.  On May 13, 2007 at the PPV Sacrifice the NWA World Champion Christian Cage competeed in a triple threat match against Kurt Angle & Sting and at matches end Kurt Angle won and was declared the first ever TNA World Heavyweight Champions. The NWA World Tag Team Champions: Team 3-D were declared the first ever TNA World Tag Team Champions.  At the end of the PPV NWA officially vacated both championships.

However, unlike when WCW withdrew NWA did not wait a year to crown a new champion.  Instead they immediately announced a tournament and that they were going to reclaim the glory of the championship. 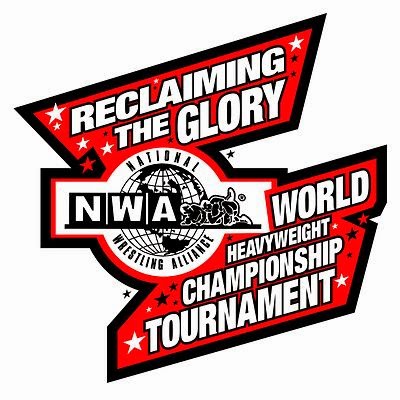 Later Readers!
Posted by Michael J. Labbe at 3:29 AM