One of the most dominate teams of the WWE in the late 80's they sadly fizzled out at the end of their first run.  Ax had left the WWE in November 1990 while Smash and Crush continued as a team until May 1991.

Seventeen years later on September 29, 2007 Ax & Smash reunited to defeat the Christopher Street Connection to win the UXW Tag Team Championships.  Over the next nine years the duo continued to compete around the world much to the delight of their fans. 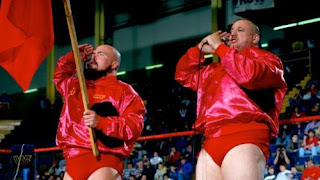 Zhukov joined the WWE in October of 1987 after touring the territories since his debut in 1978.  He was using the Russian gimmick in the AWA prior the coming to the WWE where he was teamed with Nikolai.  For two and a half years the duo wrestled primarily has enhancement talent however did receive a couple title matches with Strike Force.  Including a two out three falls match at Saturday Night's Main Event.

After the duo split up they feuded briefly before Nikolai left the promotions.  Zhukov continued on his own until he too left the WWE in February 1991. 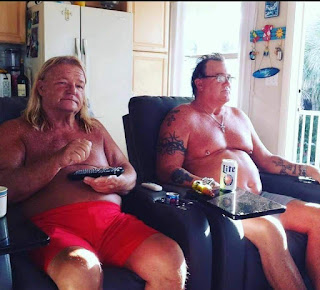 The Hammer kicked Beefcake out of the team in favor of Dino Bravo at WrestleMania III in 1987.  The teamed up again in November 2003 at the Road Warrior Hawk memorial show defeating the Powers of Pain.  Over the next ten years they teamed up again thirteen times winning more often than losing. 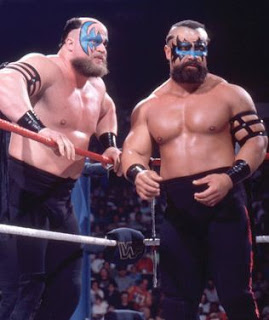 Warlord and Barbarian first began teaming in Jim Crockett Promotions in January 1988 before joining the WWE in June of that year.  In March of 1990 they parted ways reuniting for a match in 1991 & 1992 in the WWE.  At the end of 1995 beginning of 1996 the wrestled a couple matches under masks as The Super Assassins in WCW.

They didn't team again until 2003 and did so a couple dozens times over the next 13 years including wrestling five steel cage matches with the Rock n' Roll Express in 2016. 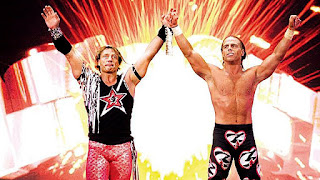 We all know how the team ended, it's a pretty historic moment in wrestling.  In 2005 Michaels was feuding with Kurt Angle leading up to WrestleMania and Marty Jannetty was brought in to have a match on SmackDown with Angle.  To set that up the Rockers reunited on Monday Night Raw for a tag team match.  It was really cool them coming out to the Rockers music and Lilian Garcia announcing them as The Rockers.  For not having teamed in 14 years they looked great even hitting some classic tandem offence. 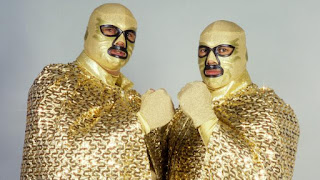 Jose Estrada & Jose Luis Rivera had both been in the WWE for over a decade when they were teamed together and repackaged as The Conquistadors in November 1987.  They were essentially a jobber tag team picking up only a handful of wins in the 16 months there were together.

Their best showing together was at the 1988 Survivor Series when they were the last team eliminated on the heel team by the winners the Powers of Pain.  Other men donned the golden hoods as The Conquistadors but never again was it the original team. 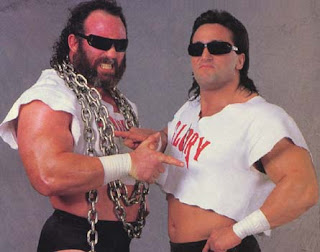 I can't put my finger on it as to why but I just really like these two guys together as a team.  They only teamed together for 18 months, and they lost more than they won, but they had some great matches with The Rockers and the Hart Foundation.

They just jelled as a team and it would have been cool to see them get a tag team title run.  After this match Hercules continued a singles run while Roma took almost two years off before returning in 1993 in WCW.

Later Readers!
Posted by Michael J. Labbe at 5:37 AM

Email ThisBlogThis!Share to TwitterShare to FacebookShare to Pinterest
Labels: demolition, Power and Glory, tag team wrestling, The Last Match, The Bolsheviks, The Conquistadors, The Dream Team, The Powers of Pain, The Rockers, wwe, wwf