They Wrestled in ECW?

An avid wrestling fan all my life I grew up on the WWF, JCP/WCW and any other wrestling I could find.  Of course when ECW came to prominence I watches as much of that as I could.  I've always loved ECW and as much of it as I watched there are some guys that I'm surprised to learn competed inside and ECW ring, even if it was for only one appearance. 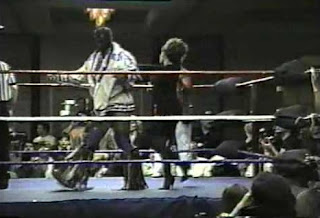 Back when it was still called Eastern Championship Wrestling, the Modern Day Warrior appeared a show entitled "Battle of the Belts."  His appearance was as the mystery wrestler of Woman and going by the name Woman's Choice he came out in a black mask, complete in his normal ring attire with tasseled boots and his ring jacket with Kerry on the back.   You can watch it here:

Also on the card Davey Boy Smith wrestling The Masked Superstar and the main event was a "I Quit, Texas Death Match" pitting Terry Funk against "Hot Stuff" Eddie Gilbert.  This show took place at the Radisson Hotel. 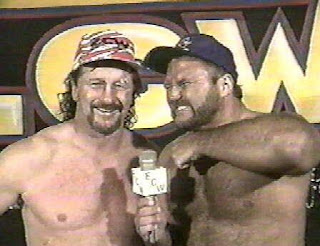 Now fully extreme the aptly named "When World's Collide" featured two WCW contracted talent in Eaton and Anderson appear in the main event on opposing sides.  While this was both men's only in ring competition Eaton had done a run in on an ECW show as part of the build towards this match. 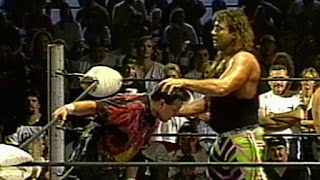 In 1995 Jannetty made a dozen appearances for the promotion up and down the east coast taking on the likes of Shane Douglas, Too Cold Scorpio, The Sandman and others.  He also made a single house show appearance teaming with The Vampire Warriro (Gangrel) losing to Al Snow & Roadkill.  Maybe other were familiar with Jannetty being in ECW but I was not and was truly surprised to learn that he did considering the number of shows he wrestled on. 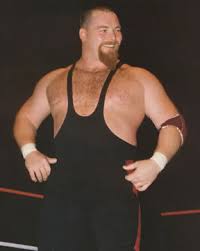 The Anvil wrestled six times in ECW when it was known as Eastern Championship Wrestling twice in 1992 and once in 1993 and then in the land of the Extreme three times in 1995.  In 1992 he was defeated by and defeated Salvatore Bellomo, in 1993 he wrestle the Sandman to a double DQ at November to Remember, and in 1995 he wrestled Marty Jannetty twice and Ron Simmons once. 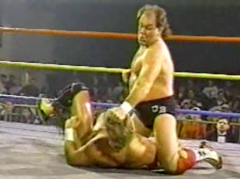 In 1995 Blanchard traveled to Philadelphia on three consecutive months to wrestle the ECW World Champion Shane Douglas, twice at famous ECW Arena and once at a catholic high school.  January 7th saw them wrestled to a time limit draw, on February 4th at Double Tables Douglas pinned Blanchard in 9:26, and on March 3rd Douglas retained in about twenty one in a half minutes.