In this post all the signed cards are through the mail successes. 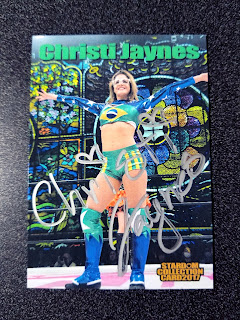 This card is from the Japanese Stardom World 2017 card set.  Janyes is an independent wrestler based out of Texas.  I found out through and instagram post of her's that my letter was her first ever fan mail so that's cool. 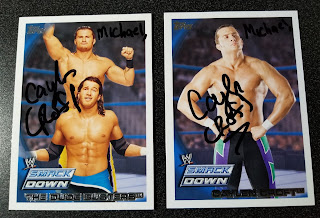 These cards are both from the Topps 2010 WWE Card set.  Croft currently is out of wrestling and runs an art studio in Florida. 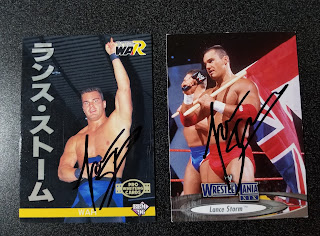 I don't think I need to explain to anyone who Lance Storm is, all of the cards I go signed by Mr. Storm sending them to his Storm Wrestling Academy in Calgary...........Alberta, Canada.  The above last month and below a few years back.  I don't like cards signed on the back, so when I mailed the most recent ones I asked him to sign the front of them.  The top left cards is from the Japanese Baseball Magazine 1996 card set, the right is from the Fleer 2003 WrestleMania XIX card set.  The card below was included with ECW wrestling figures made by the San Francisco Toymakers in 2000. 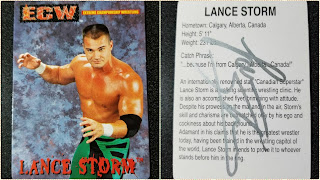 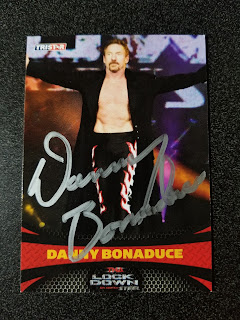 This card I mailed to the radio station that Bonaduce works at in Seattle.  This card is from the 2009 TNA TriStar set.  Bonaduce wrestled Eric Young at the 2009 TNA Lockdown PPV.  Previously he wrestled Chistopher Knight in a dark match prior to WCW Spring Stampede 1994.  He also competed on Hulk Hogan's Celebrity Wrestling.