In this post we take a look at a couple through the mail success and two that my pal Roy got signed for me. 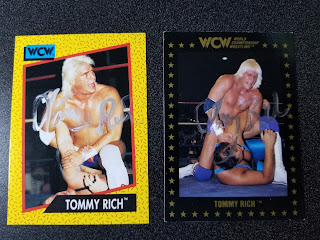 I mailed these cards to Tommy's new wrestling school and got them back in short time.  Both of these cards were released in 1991 the one on the left by Impel and right Championship Marketing. 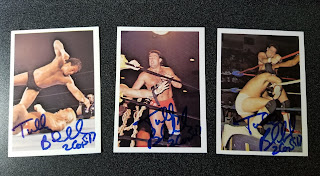 I mailed these three cards above to Mr. Blanchard because I found a new address for him and even though I already had cards signed by him I wanted more.  Tully is one of my all time favorite wrestlers and why not add more to me collection.  All three of these cards were released by Wonderama in 1988.  Below the card on the left is from the same 1988 Wonderama set and the card on the right is from the 2007 Topps Heritage III set.  This card is signed by both Arn Anderson & Tully Blanchard and I got it signed at the 2009 NWA Legends Fanfest in Charlotte, North Carolina. 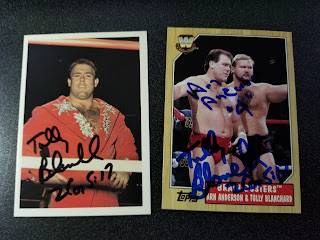 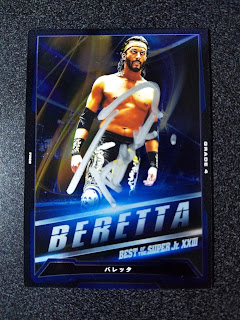 This card my pal Roy got signed for me at a Beyond Wrestling event.  The card is from the Japanese 2016 King of Pro Wrestling set. 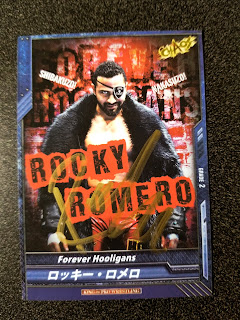 Roy also got this card signed for me at the same Beyond Wrestling show as Trent and Rocky were tagging at Roppongi Vice. This card is from the Japanese 2015 King of Pro Wrestling card set.

Later Readers!
Posted by Michael J. Labbe at 5:29 AM