All Out Mayhem Results September 1, 2017 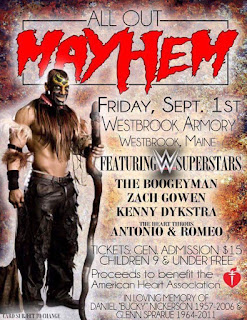 All Out Mayhem returned to action on September 1st in Westbrook at the National Guard Armory.  I myself did not attend, however, my friends Mikey and Philster did make it down.  They have both provided the results and Philster the pictures.

The both estimate the crowd to be about 30 and former WWE and WCW referee Billy Silverman officiated two matches. 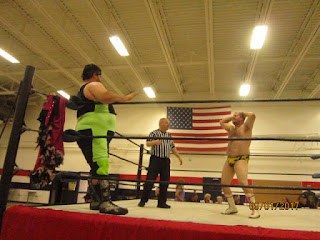 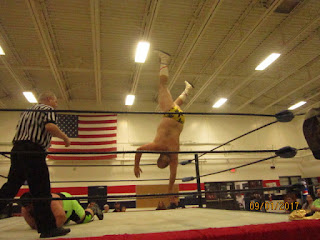 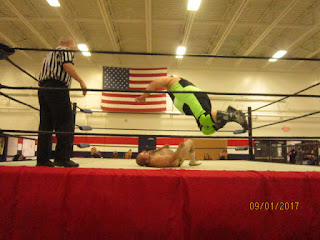 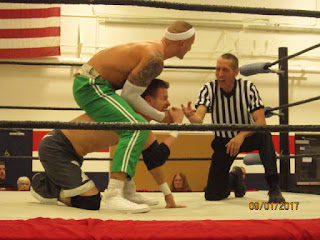 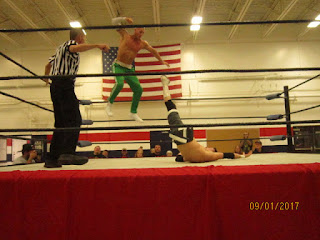 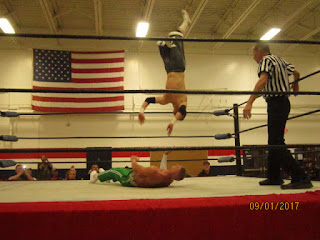 Johnny McNasty with Rotten Robbie defeated Pine State Champion: Ryan Michaels
On facebook they advertised Michaels defending the Pine State championship but I'm not sure if the title changed hands or not. 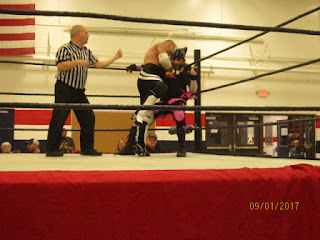 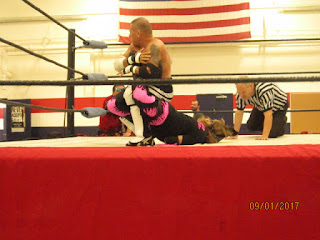 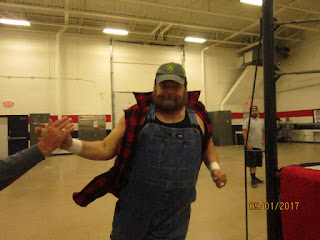 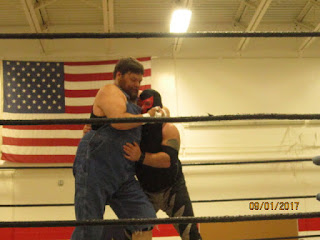 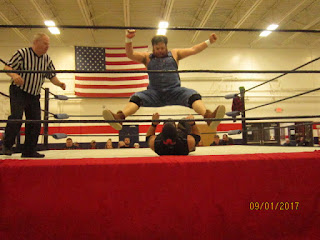 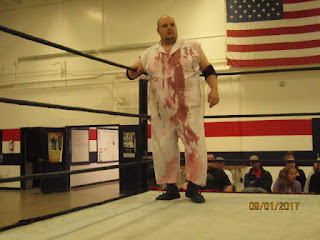 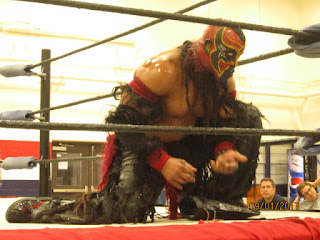 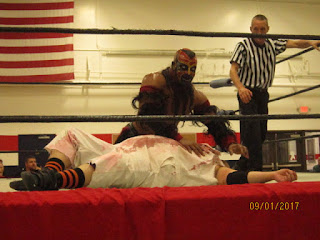 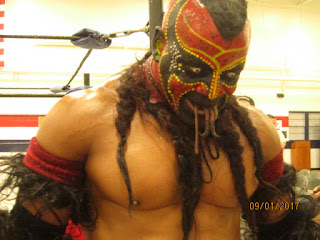 Mikey commented to me that Zach Gowen, Kenny Dykstra, and The Boogeyman were great sports with Boogeyman doing in ring photos.

You can check out Phil's entire album of the show here.

Later Readers!
Posted by Michael J. Labbe at 3:08 AM