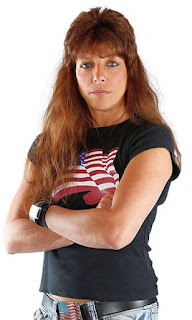 In 1987 Bambi would go to the AWA feuding with Madusa Miceli, she also competed in the Lingerie Battle Royal at AWA SuperClash III.  Also in 1987 she would become a wrestler and valet in the Continental Wrestling Federation seconding Tom Prichard to the ring and tagging with him against the Dirty White Boy and Dirty White Girl.

In 1990 she joined the LPWA: Ladies Professional Wrestling Association. She would see her highest profile match at that point in her career as she wrestled the LPWA Women's Champion Susan Sexton at the NWA Clash of the Champions XII on September 5, 1990 in Asheville, North Carolina.

Late 1991 she would return to World Championship Wrestling when they revitalized their women's division.  Primarily feuding with Madusa she also had matches with Judy Martin and Leilani Kai.

In February 1994 Bambi traveled to Japan competing for the Frontier Martial Arts promotion also known as FMW.  She competed in various matches in singles and tag team competition teaming at times with Leilani Kai.  She also wrested in the FMW & WWA Women's Title Tournaments.

Later in 1994 she entered Smoky Mountain Wrestling feuding with Tammy Fyth, later Sunny in the WWE.  She would team with the Rock N' Roll Express: Ricky Morton & Robert Gibson in a series of six person tag team matches against Fytch and her charges Chris Candido & Brian Lee.

Through-out her career Bambi had a long running feud with Peggy Lee Leather that crossed promotions.  They had matches in Smoky Mountain Wrestling, NWA, WCW, and all across the independents.  They feud went to the next level in late 2000 early 2001 in the Women of Wrestling Promotion.

On the very first episode of WOW television Leather, now going by the moniker Thug defeated Bambi, now going by Selina Majors.  Fast forward to episode 12 in November 2000 Majors defeated Thug in a falls count anywhere match.  On episode 15 in December they fought to a no-contest in a Lumberjack Match. 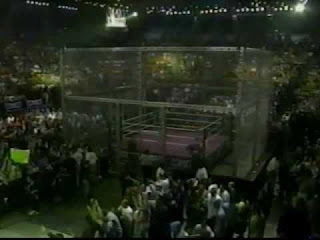 Their feud in WOW came to a head at the promotions only Pay Per View event WOW Unleashed February 4, 2001.  In a Steel Cage match Thug defeated Majors.  This cage was essentially a Hell in a Cell cage without the roof.

After WOW closed it doors Bambi continued wrestling on the independents in the South.  There is a documentary called Southern Discomfort: Wrestling on the Indie Circuit that is pretty fantastic.  It came out in 2002 and is about an indie show in Alabama.  Bambi and Peggy Lee Leather had a match against each other that night and are featured in the picture.  Worth watching if you can find it.

After a few years off Bambi returned to wrestling in 2016.  She wrestled Amber Gallows failing to capture the NWA Women's Championship on February 20, 2016 in Barnesville, Georgia and returned to WOW as Selina Majors when the promotion reactivated in fall of 2016.

You can find many of her matches as both Bambi and Selina Majors on YouTube, including her Steel Cage match with Thug and recent match with Amber Gallows.  You can also see her match with Sexton from the Clash of the Champions on the WWE Network.

I've always been a fan of Bambi and she is someone that I would love to meet some day at a convention or even better to watch her and Peggy Lee Leather have one more match in person.

https://en.wikipedia.org/wiki/Selina_Majors
Posted by Michael J. Labbe at 1:45 AM