I have a new batch of signed cards to share with you!  Four of them I got mailing the wrestlers the cards directly and the other three were gotten in person by my pal Roy of Roy's Reviews. 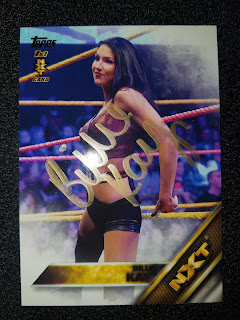 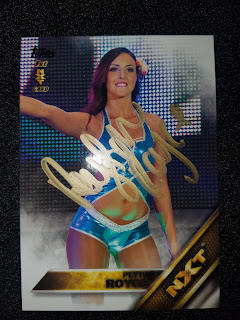 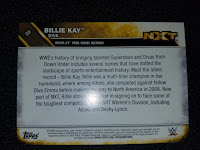 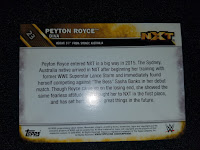 I mailed these cards to the WWE Performance Center it only took 16 days to get them back.  They are from the Topps WWE 2016 Set. 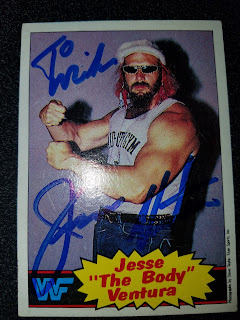 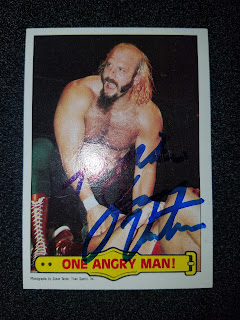 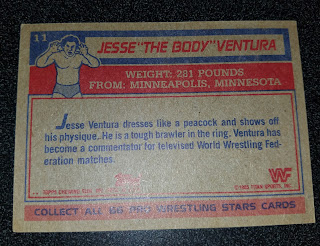 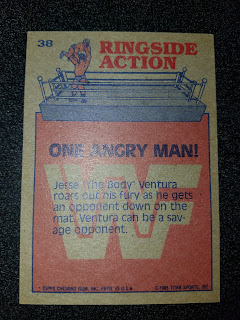 I mailed these cards to Mr. Ventura and got them back just 10 days later.  They are from the 1985 WWF Topps card set. 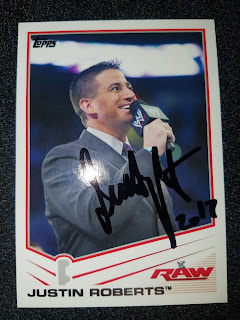 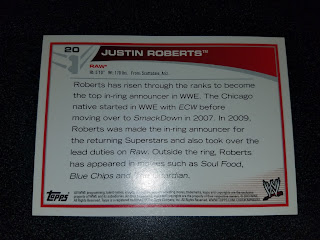 My pal Roy got this signed for me May 27th when Justin was doing a book signing at Books A Million! in Bangor, Maine.  This card is from the 2013 WWE Topps card set. 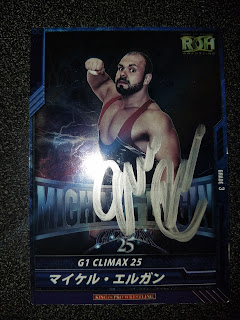 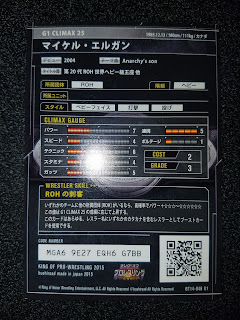 Roy got me this card at either Limitless Wrestling's debut in Portland, Maine or a Beyond Wrestling Show.  This is from 2015 King of Pro-Wrestling Japanese trading card game card. 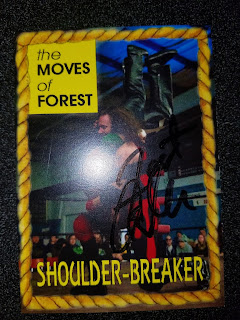 Roy got me this card at an IWE show in Brewer, Maine.  It is a card of Independent Wrestler Forest Cullen.  It is not numbered however Roy was telling me he had different cards.