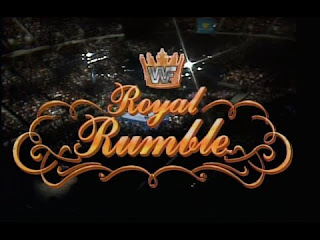 The Royal Rumble is one of my favorite matches of the year and I'm not the only one.  The excitement of the clock counting down, not knowing who is going to come out next, the surprise returns or legends is all part of this match.

I'm not saying I've always been a fan of who won the match but that doesn't ruin it for me.  I look forward to it every year.  Hell I love battle royals themselves.

I remember watching the first ever Royal Rumble live on the USA Network, January 24, 1988.  That night "Hacksaw" Jim Duggan won last eliminating the One Man Gang pulling down the top rope as the Gang charged at him tumbling to the floor.  It was exciting!  However, on this night the match that really stood out to was The Jumping Bomb Angels defeating The Glamour Girls for the WWF Women's Tag Team Championship.

The Royal Rumble became an annual event on Pay-Per-View every January after that.  With 1992 being my all time favorite match beginning to end.

October 4, 1987 The Arena, St. Louis, Missouri
The One Man Gang won a Royal Rumble Match when he and Junk Yard Dog went over at the same time, Gang was declared the winner 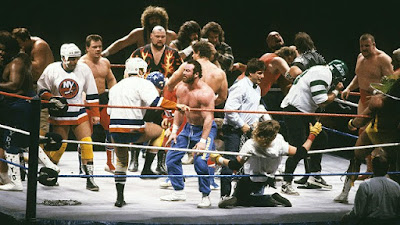 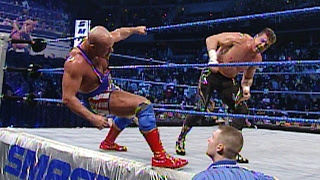 When I started this I remember a few of these and there were others I had never heard of which is exciting for me to discover them.  I realize that there are several other companies that have had Royal Rumble style matches, including the New Japan Rumble before each Tokyo Dome show on January 4th, however I decided to include the USWA Royal Rumble Match because the winner Doug Gilbert earned a spot in the WWF Royal Rumble.

Later Readers!
Posted by Michael J. Labbe at 5:57 AM