Recently my buddy went to a Big Time Wrestling show where Sting was doing and appearance.  I wasn't able to go but I was able to get my buddy to get two cards signed for me.  Having Sting cards of him in NWA, WCW, TNA, & WWE I of course wanted to get one of each signed.  But it would have been much too expensive.

I had to limit myself to two and after much deliberation I went with these: 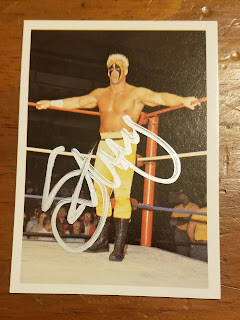 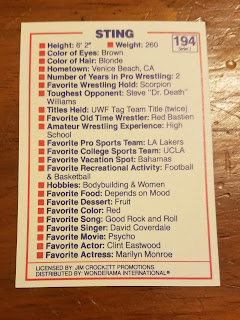 This 343 card set features the talents of Jim Crockett Promotions from the top to the bottom.  Before ebay this card set was my favorite to find cards of because of the talent on them.  I have several of these signed. 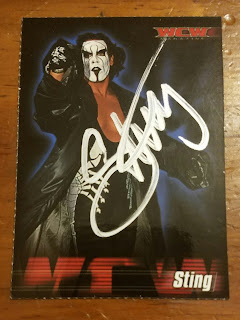 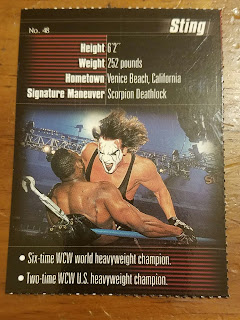 The NWA Wonderama card was always going to get signed, I chose the WCW Magazine card because off all the Sting cards released this one is the rarest and it features a different Gimmick than the NWA card.