However there are several championships that were created over the years and were only recognized for a short time that the WWE currently doesn't acknowledge their existence.

Started in July 1958 at the NWA United States Tag Team Championship for the Capitol Wrestling Corporation with a name change to the WWWF once they left the NWA in April 1963.  No reason was given for them being abandoned.  You can read the complete title lineage here. 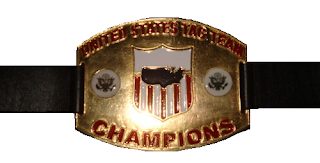 Was created after the WWWF left the NWA to be their secondary championship behind the World Championship.  Looking at the title lineage it was pretty much the Bobo Brazil Championship and I would dispute the authenticity of that final title run.  But then again look at when Duane Gill at the Light Heavyweight Championship.  You can read the complete title lineage here.

First Champions: Bobo Brazil was awarded the Championship upon it's creation

Longest Reign: Bobo Brazil 1837 Days February 19, 1971 - March 1976 was awarded the Championship after Pedro Morales vacated it when he won the World Championship, title was abandoned. 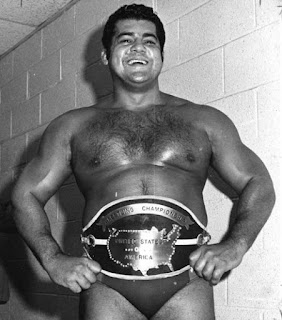 Only 3 people held the North American Championship with the longest and last reign belonging to Seiji Sakaguchi at 532 days until the title was abandoned.  Essentially this title was the precursor to the Intercontinental Heavyweight Championship which was "won" by Pat Patterson November 1, 1979 while he was still the North American Heavyweight Champion. 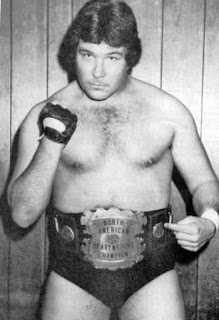 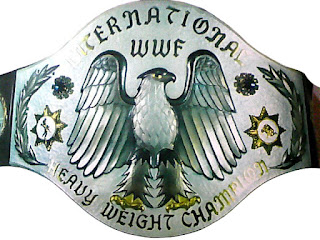 The first time the WWWF or Capitol Wrestling Corporation recognized this title was in July 1959 when Antonio Rocca defeated Buddy Rogers, was later declared inactive in 1963, assuming when WWWF withdrew from the NWA.  Revitalized in 1982 appears to have been awarded to Tony Parisi.

Akira Maeda March 25, 1984 - July 23, 1984 Madison Square Garden
defeated Pierre Lefebvre at MSG to be recognized by the WWF.  Maeda defended the title in the        UWF until July 23 when the WWF and UWF ended their affiliation.

Fujinami defended the Championship in New Japan Pro Wrestling and the WWF for the entirety of his second run with the championship until the companies ended their affiliation.  Why the WWF started a second lineage with UWF I couldn't tell you.

Recognized in the WWWF as a secondary tag team championship but primarily defended in the Pittsburgh Territory.  The titles were initially vacated in January 1, 1972 when the territory was sold to the NWF.  Later reactivated and recognized in both the WWF and NJPW until their affiliation ended October 31, 1985.  You can read about the title lineage here and here.

This title was precursor to the IWGP Tag Team Championships that New Japan established December 12, 1985

The early lineage of the Championship is not exact.  Paul DeGalles is the first recognized champion when Toots Mondt, who was a partner with Vince Sr., took over the Pittsburgh Territory as DeGalles has been recognized as the International Junior Heavyweight Champion since July 1960 in West Virginia when Mondt ran that territory.

Title was declared vacant in 1972 when then champion Johnny DeFazio retired.  The title was re-established on January 20, 1978 when Carlos Jose Estrada defeated Tony Garea in a tournament final in Undiondale, NY.  Three days later at Madison Square Garden Tatsumi Fujinami won the title and took it to New Japan where it was primarily defended until October 31, 1985 when WWF & New Japan ended their affiliation and the title was abandoned.  If it was defended in the US it was mostly just at Madison Square Garden.  You can read the complete title lineage here or here. 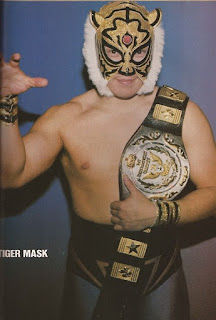 The physical belt that represented this championship was later used as a trophy and presented to "Wild Pegasus" Chris Benoit when he won the 1994 Super-J Cup Tournament.

This title was precursor to the IWGP Junior Heavyweight Championship that New Japan established in the summer of 1986.

The WWF had purchased the Montreal based Lutte Internationale promotion and crowned Dino Bravo as the Canadian Champion while they toured Canada. The title was abandoned when Bravo left the promotion making him the only person to hold this Championship. 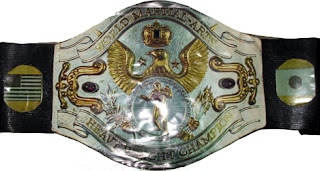 Awarded to Antonio Inoki by Vincent J. McMahon (Sr) upon his debut in the WWF and was recognized by the WWF and NJPW.  When the companies parted ways on October 31, 1985 it was then only recognized by NJPW until it was retired in 1990. 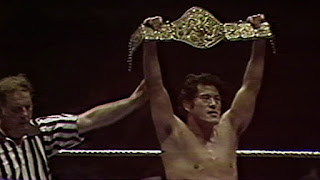 The physical belt was then later used in New Japan calling it The Greatest 18 Club Championship and was awarded to Riki Choshu on September 29, 1990, he lost the title to The Great Muta on August 16, 1992 who later retired the title and New Japan abandoned it. 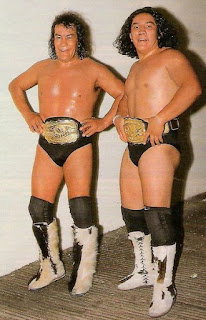 This championship was created when UWF Japan and WWE started a brief affiliation.  The titles were awarded to Perro Aguayo and Gran Hamada who were the only champions when the affiliation ended later in the year.

Of course after I did all this work I found this article on the WWE.com website talking about the 10 Championships You Never Knew Existed in the WWE.