Rene Dupree is the son of wrestler Emile Dupree is the current promoter for Atlantic Grand Prix Wrestling in the Canadian Maritime's.  He is also a former two time WWE tag team champion with Sylvain Grenier as La Resistance and with Kenzo Suzuki.

My buddy Roy got these cards signed for me at and IWE show that Dupree was booked at in Brewer, Maine. 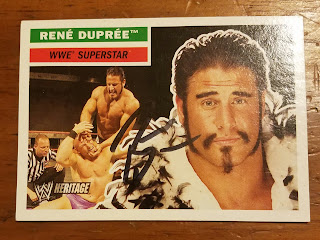 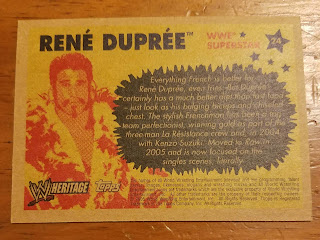 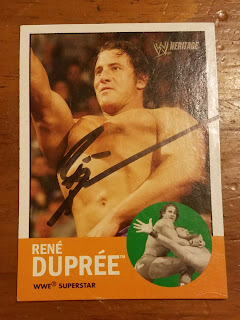 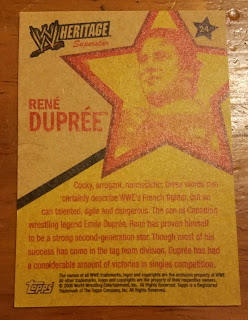 I one day hope to go to a show in Canada, just to say I've been to a wrestling event in another country.  Most likely it will be one summer at a Maritime's tour show.

Later Readers!
Posted by Michael J. Labbe at 5:12 AM