So it's been 8 days since my last post normally I don't plan on that much time between posts but I had a good reason this time, my son was born.  That's right Kate and I welcomed Wesley Rugen Labbe to the world on March 21st after a lengthy induced labor.  But you can read about that on my other blog Wicked Clevah Title. 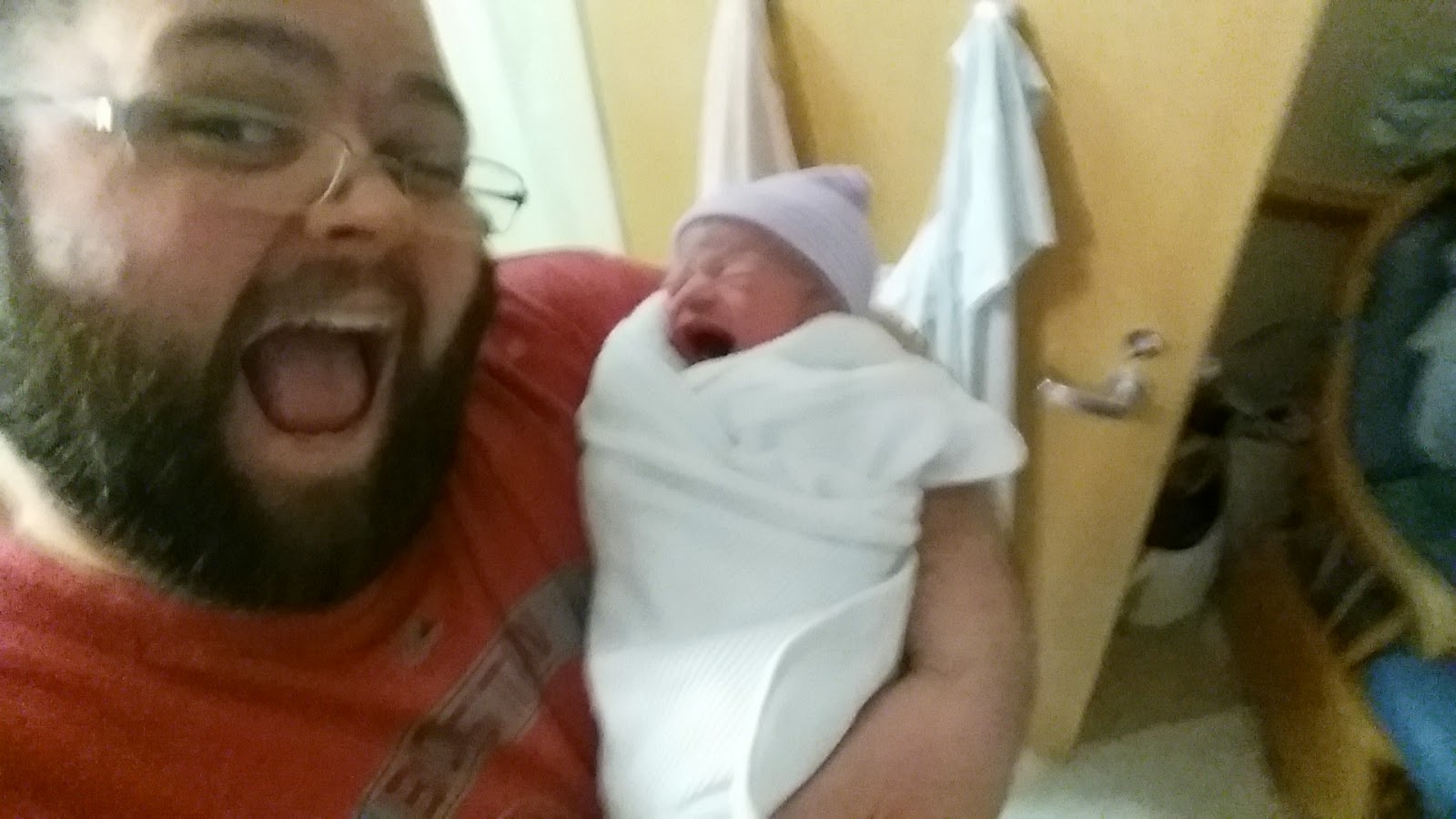 Once we got home and important decision had to be made once that I do not take lightly.  That decision was what is the first wrestling match that I am going to watch with Wesley.  Now I realize that he will never remember watching it, but it's important to me.

With Canaan we watched the historic "I Quit" Match featuring Magnum TA vs. Tully Blanchard at Starrcade 1985.  This match is my all time favorite wrestling match.  Two phenomenal wrestlers in peak shape at the height of their feud putting everything that they had into this match.

With Addison we watched some Lucha Libre women's action featuring Marcela then some Joshi with Ayako Hamada. Historically women's wrestling in the United States has been treated as a side attraction and not that of a serious contest while in Japan and Mexico it has always been treated with reverence.

For Wesley I decided to go with one of my all time favorite wrestlers, a match that was supposed to be his last, and one that I attended live.  WrestleMania XXIV March 30, 2008 Orlando, FL "Heartbreak Kid" Shawn Michaels vs. "Nature Boy" Ric Flair.  When that was over I put on Clash of the Champions XXVII from November 19, 1991.


WrestleMania XXXI is this coming Sunday and it's shaping up to be a decent card.  Undertaker vs. Bray Wyatt, Brock Lesnar defending the WWE Championship against Roman Reigns, and Intercontinental Championship Ladder match, that is basically the return of Money in the Bank except this is for the Championship instead of the title match.   What I'm really looking forward to though is Sting's in ring WWE debut.  It's going to be so surreal to finally see him wrestling in a WWE Ring.  He is the last guy that was really big in WCW that has never wrestled in the WWE.


I don't think he will ever be around long enough to do so, but if he ever was able to get a reign as WWE Champion he would be the only guy in history to hold the NWA, WCW, TNA, & WWE Championships.

I mailed off a couple cards to be signed by Brian Myers aka Curt Hawkins.

I'm going to try to mail off a few more this week, haven't worked out who yet.