There were a few factors that started me down the road to collecting signed cards.  The first ever wrestling signing that I went to was in March of 1997.  Jay and I had gone down to Boston to buy Nitro tickets for their debut at the Fleetcenter, now TD Garden.   Later that day at Filenes at the Natick Mall Ric Flair was doing an autograph signing.  What were the chances that the“Nature Boy” Jay and I’s all-time favorite wrestler was doing a signing!   We headed over to Filene’s and the place was packed, we stood in line for well over two hours, but Filenes to their credit played WCW’s Great American Bash 1996 on the hanging TV’s.  The Giant, now the Big Show, was an unadvertised surprise and was there to sign autographs as well.  I had brought with me a WCW 1995 CARDZ trading card for Ric to sign as I didn’t know if he would have anything to sign; it features Flair applying the Figure Four leg lock to Hulk Hogan.  He signed it but I also got an 8X10 of Flair too.  So my first ever signed wrestling card was a Ric Flair one, seems right. 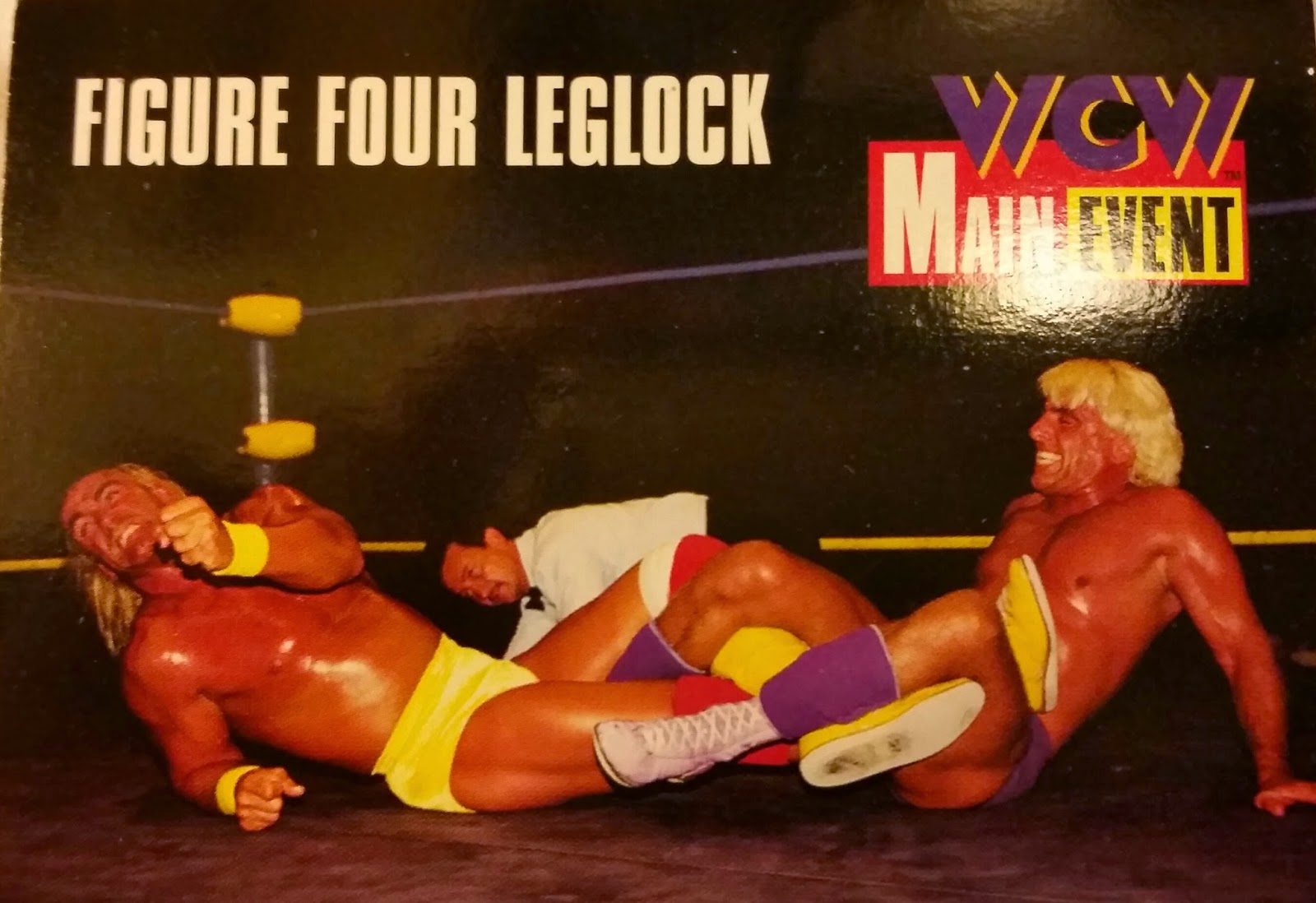 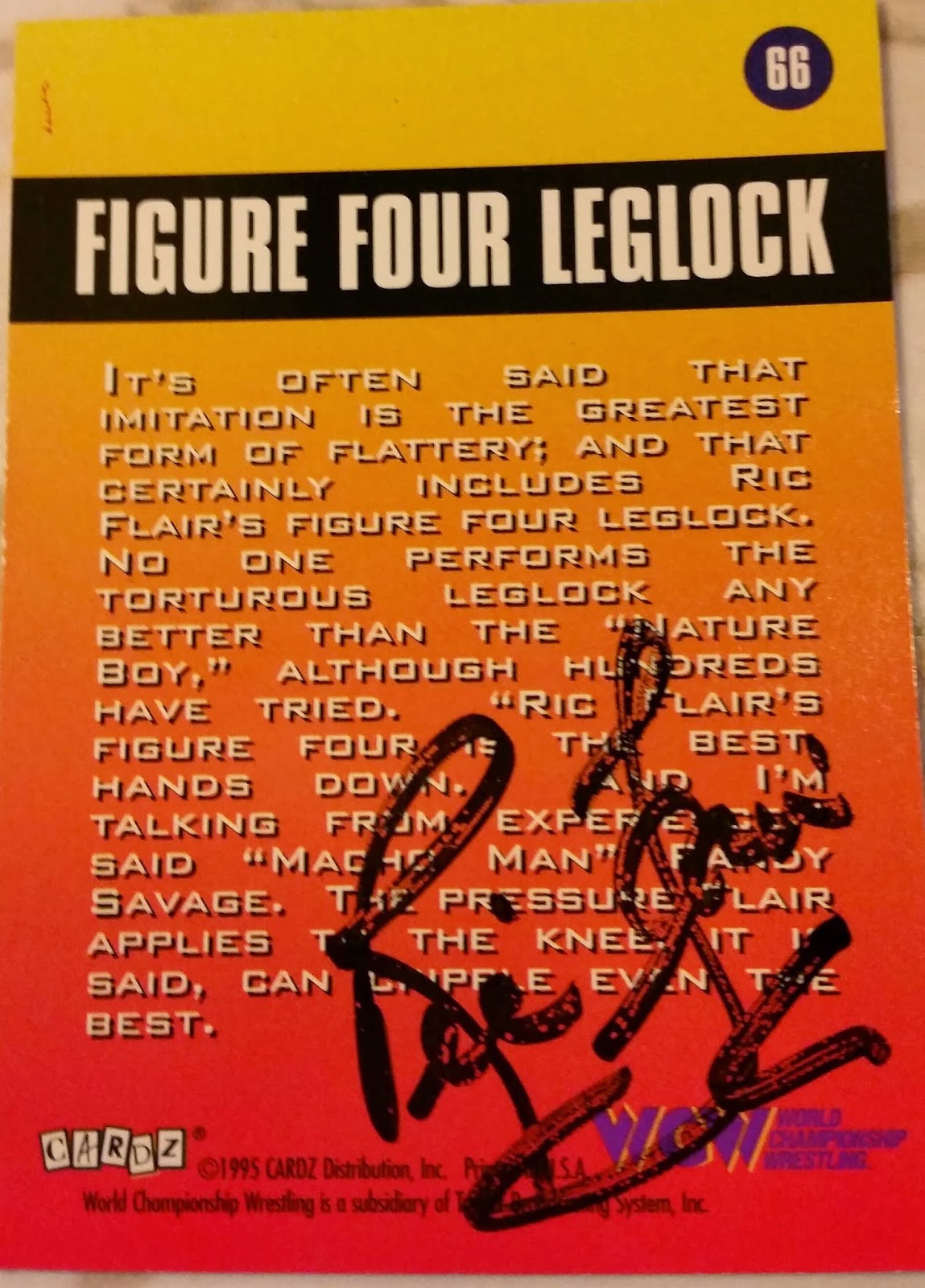 After that I assumed that people would always have something for me to buy for them to sign and they did.  For the next several years whenever I would go to a show wrestlers would have photos to buy and I began collecting signed photos.  Then in September of 2003 I went to Danbury, CT to meet Terry Funk and he had nothing but t-shirts for sale, none of the vendors there had anything Terry Funk that I could buy to get signed.  I was pleased that I got my picture taken with him, it came out exceptionally well, but I walked away with no autograph. 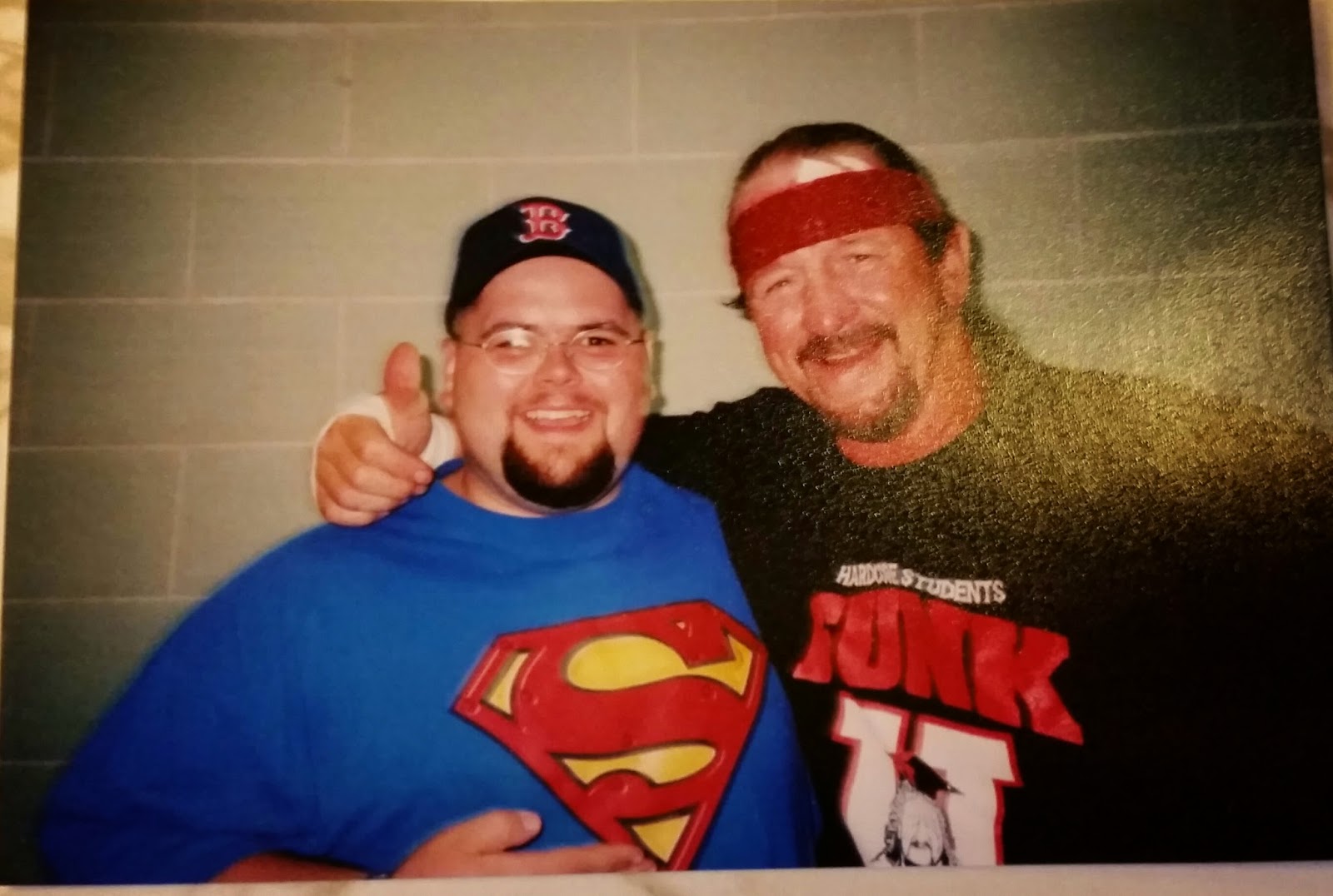 At this same time I was collecting autograph photos of celebrities through the mail where you would send a blank over sized envelope and a letter requesting a signed photo.  I discovered that if you mailed them something you would have a better chance to get it signed as opposed to just asking them to supply a photo.

At one point though if a wrestler has a WCW and WWF or other card I wanted to have them both or all signed.  Also if they had different gimmicks well I wanted those signed too.   For instance Barry Darsow; I have 5 cards signed by him in 4 different gimmicks, A 1985 All Stars Krusher Kruschev, two 1990 WWF Demolition Smash cards released by Classic, a 1992 WWF Repo-Man released by Merlin, and a 1995 WCW CARDZ Black Top Bully. 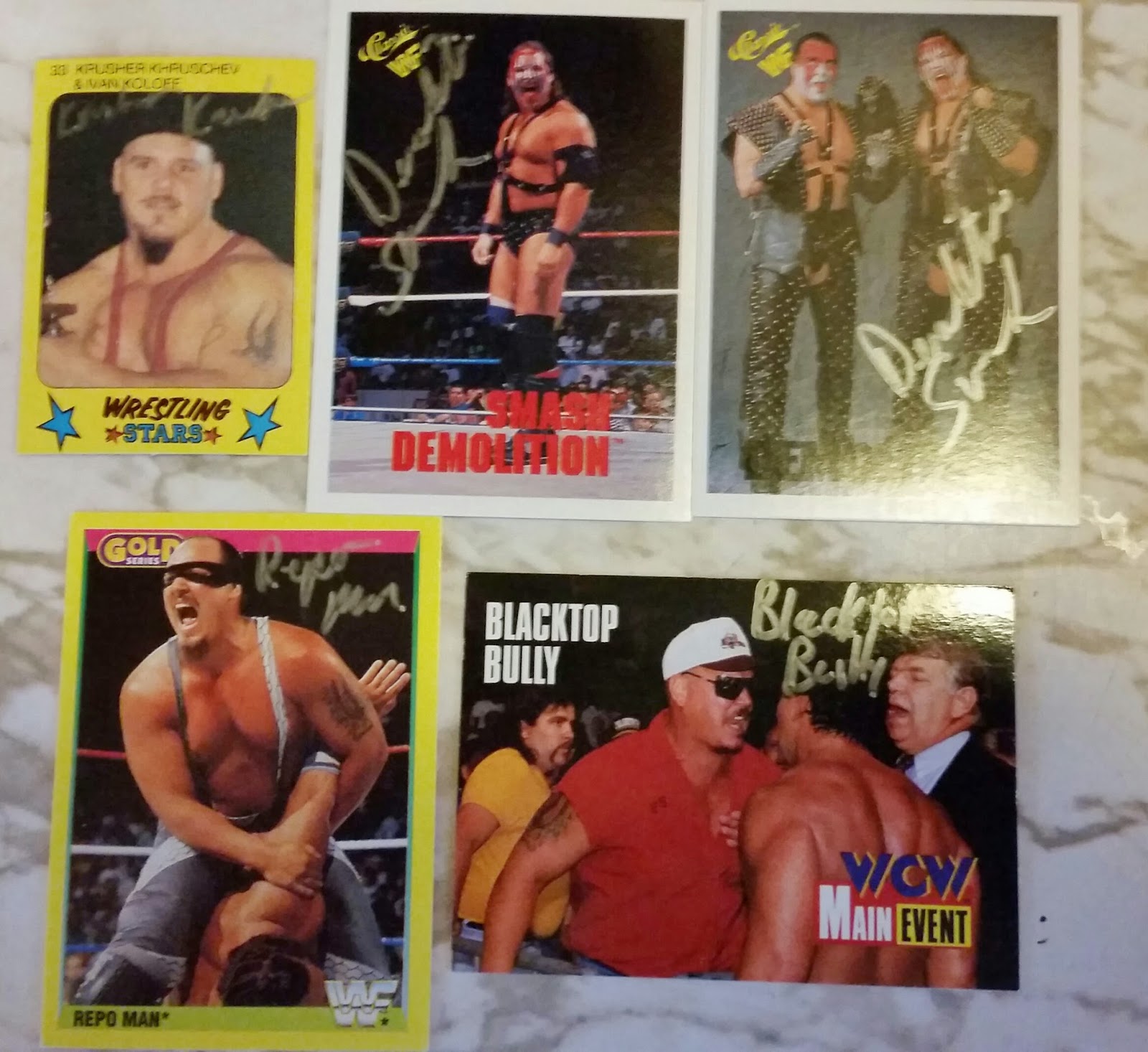 I do not buy cards signed off of the Internet, at shows, or EBay.  All my cards come signed from the wrestles themselves either in person or through the mail.  I’ve had a lot success in locating some of the hard to find wrestlers or lesser known wrestlers to get cards signed.  I always try to ask first before I send anything, but a lot of the times that’s just not possible.  I send the card or cards, a handwritten letter, and an S.A.S.E. to whomever I am requesting signatures from.  It’s always exciting to check my mail and find an S.A.S.E. waiting for me.  Most of the time I just get the cards back signed, other times they will have written a letter or small note, occasionally it comes back return to sender, and some cards I never get back.

Currently I have well over 450 signed cards, the majority wrestling but I have a few non-wrestling ones as well.  My plan is from this point forward whenever I get new ones to post it on here to share with others.  From time to time I may post some cards from the past if I feel they are especially cool.