When I started this post I didn't realize just how big it was going to be so here I bring to you Part 1 of Wrestlers on TV Shows: The 90's. 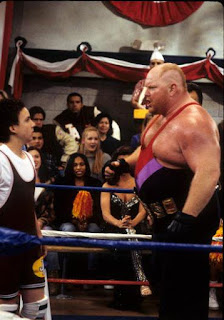 Leon White aka Big Van Vader guest starred on all three episodes as Francis Albert Stecchino Sr. the father of Bully turned Good Guy Frankie Jr played by Ethan Suplee.  The season 4 episode also features Earl Hebner, Bruce Prichard as Brother Love, and Jake "The Snake" Roberts.    The first episode Vader was working for WCW, the second he was and Independent, and the third and final episode he was wrestling for WWE. 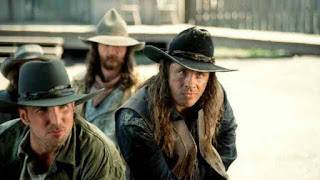 Lonesome Dove was a western drama that aired in syndication in the United States and on CTV in Canada.  The Second season was renames Lonesome Dove: The Outlaw Years.  Bret "Hitman" Hart guest starred on all these episodes as Luther Root a trapper and guide that is a friend of Newt Call who the show is centered around. 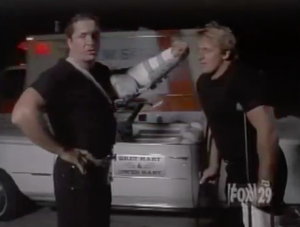 Bret and Owen Hart both appear in this episode.  They are playing wrestlers that are injured at the Szalinski's residence and they have a big match coming up.  So Wayne and his friend have to take their place in the match using one of Wayne's wacky inventions in the process.  What I find interesting is at the time this was filmed Bret was working for WCW and Owen WWE. 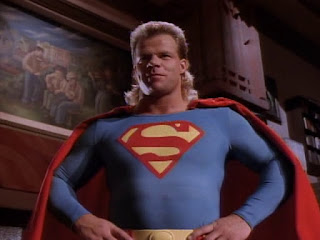 Superboy was a half hour syndicated show that ran four seasons from 1988 - 1992.  In this episode an alien creature attaches himself to Superboy's body causing him to have horrendous nightmares.  Including one where "Total Package" Leg Luger guest stars as Super Boy Mark II and evil version of the boy of steel. 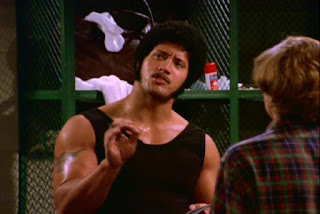 Kitty makes Red take Eric and the gang to the local wrestling matches.  There they watch The Rock playing his father "Soulman" Rocky Johnson as he battles Ken Shamrock who was listed as Wrestler #1 in the credits.  Also on the show at Matt Hardy, Jeff Hardy, The Big Cat Ernie Ladd, and "Judo" Gene LeBell as the referee.

Thanks for reading, please leave a comment, read my other posts, and like my blogs Facebook page and while you're at it check out my podcast The Wrestling Insomniac on the Nerdy Legion Podcast Network.