Wrestlers on TV Shows: The 70's 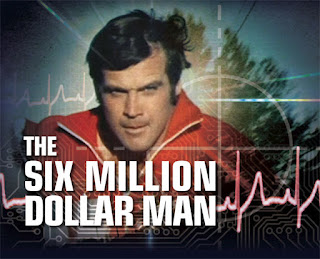 Steve Austin is investigating the disappearance of two friends in California who were studying earthquakes and evidence suggests that a Sasquatch was involved.  Bigfoot is played by Andre the Giant.  Not only do these episode feature Austin fighting Andre's Bigfoot, but also space travelers! 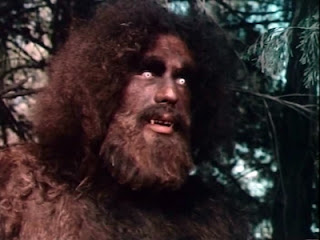 Most people know that Andre the Giant starred as Fezzik in the Princess Bride but his first acting role outside of wrestling was on The Six Million Dollar Man.  He also has guest parts on other shows such as: BJ & The Bear, The Fall Guy, The Greatest American Hero, Conan The Destroyer, Micki & Maude, and the 1991 Zorro TV series. 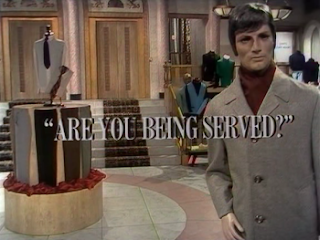 
After a disagreement between Captain Peacock and Mr. Franco of the sports department they were supposed to have a boxing match, however Captain Peacock chickened out and there were no boxing gloves to fit Mr. Franco.  In the end Mr. Humphries ends up wrestling Mr. Franco, and of course the ring is set up on the sales floor.

Mr. Franco was played by English professional wrestler Jackie Pallo who was a top star on television in the 1960’s & 70’s with his feud with Mick McManus.  Pallo also held the British Heavy Middleweight Championship for a time in 1969. 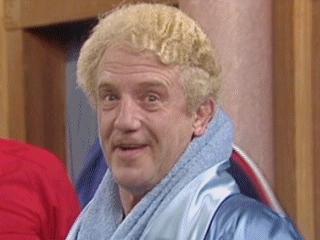 Later Readers!
Posted by Michael J. Labbe at 4:54 AM

Email ThisBlogThis!Share to TwitterShare to FacebookShare to Pinterest
Labels: Andre the Giant, Are You Being Served?, Jackie Pallo, The Six Million Dollar Man, Wrestlers on TV shows