This is the first of a series of posts talking about wrestles on TV shows. 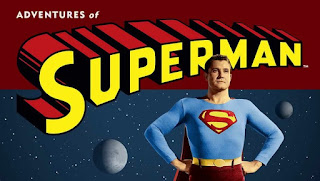 Bad Luck Brannigan a wrestler working for a crooked promoter uses a hold called the paralyzer to cripple opponents.  Clark teaches a young college wrestler who challenged Brannigan to a match how to counter the paralyzer. 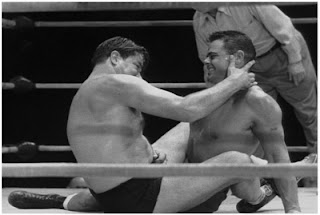 Although actors played both Brannigan and Wayne his opponent is former wrestler Henry Kulky turned actor plays The Crusher in this episode. 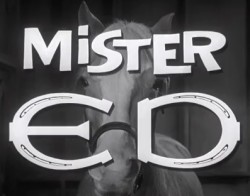 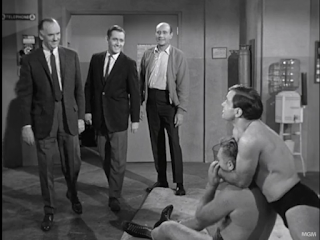 They show a wrestling match that Wilbur and Roger watched billed as Tiger Davis vs Apache Kid.  In reality it was an actual match of Ricki Star vs. Frank Fozo. 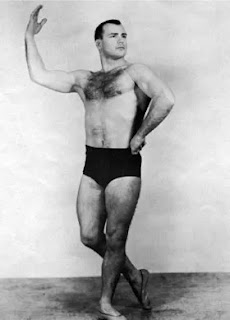 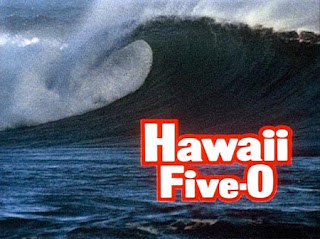 I copied this from IMDB: A group of revolutionaries from a Latin American country have entered Hawaii illegally, raided an armory and stolen weapons and ammunition. Their leader is wounded and captured by McGarrett but his men manage to whisk him away from the hospital where he is being held. However, the leader, who has lost a lot of blood, will die without further medical attention. Five-O attempts to recapture the leader and stop the weapons from leaving Hawaii.

Nick Bockwinkel guest starred in the episode as a guy named Harry.  I have no idea what he does, I can't find the episode streaming. 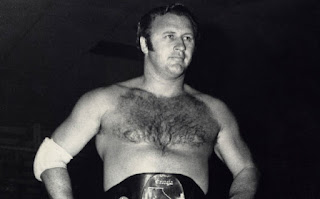 Later Readers!
Posted by Michael J. Labbe at 5:34 AM