The Last Match: The Varsity Club 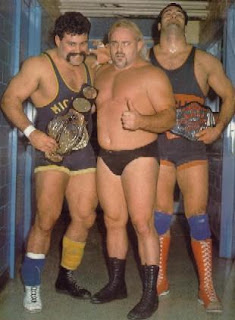 The Varsity Club was a stable that began in Jim Crockett Promotions in 1988 comprising of Kevin Sullivan, Mike Rotunda, and Rick Steiner.  They would wear the letterman jackets of their college alma maters.  Near the end of 1988 Steiner left the group but he was quickly replaced by "Dr. Death" Steve Williams.  In early 1989 Dan Spivey joined the faction.  However later in 1989 they would begin to fall apart.  First Williams left and then Spivey who joined Sid as the Sky Scrapers.

The Steiner Brothers debuted as a team wearing their Michigan letterman jackets at Great American Bash in 1989 defeated Rotunda and Sullivan in a tornado match.  The final mention of the Varsity Club was at Clash of the Champions VIII on September 12, 1989 when Williams pinned Rotunda. 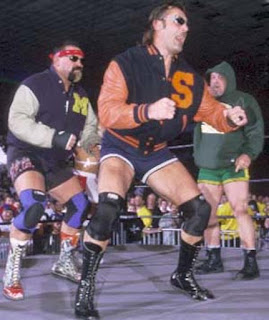 The would return for a couple months end of 1999 early 2000 when Sullivan, Steiner, & Rotunda were the surprise teammates of "Hacksaw" Jim Duggan against the Revolution.  However they turned heel attacking Duggan during the match.

Starting in September 2000 until 2003 Rotunda and Williams teamed as Varsity Club 2000 in All Japan Pro Wrestling winning the World's Strongest Tag Determination League tournament in 2000. 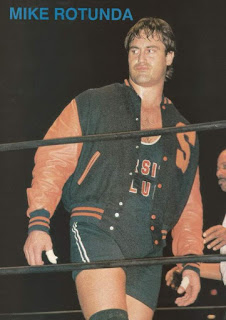 Rotunda debuted in 1981 after being trained by The Destroyer.  He entered the WWE in 1984 winning the tag team championships with Barry Windham as the US Express.  He competed in the AWA and in Florida before turning up in JCP in 1987 where he stayed until 1991 when he rejoined the WWE.  It was then that he debuted as his most well known character IRS.

Over the next several years he would return to WCW, tour New Japan for two years and All Japan for three years.  He currently works for the WWE as an agent. 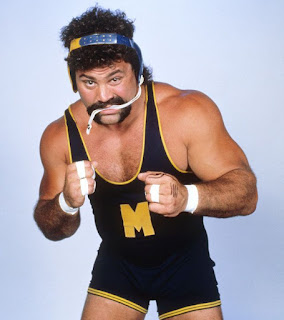 Steiner debuted in 1983 being trained by Brad Rheingans and Eddie Sharkey.  He was a member of the UWF roster when it was bought by Crockett which brought him to JCP.  In June 1989 Rick first began teaming with his brother Scott in WCW.  The duo would team together for several years winning tag team gold in WCW, New Japan, the WWE and more.

They broke up on February 22, 1998 when Scott turned on Rick and joined the nWo.  Rick would compete the next several years on and off for WCW, TNA, and sporadic indy dates. 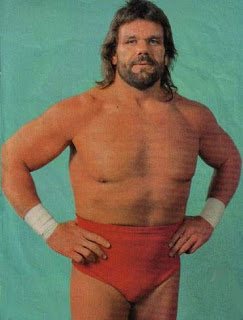 Williams debuted in 1982 for Bill Watts Mid-South promotion, later the UWF where Williams won the Heavyweight Championship.  Much like Steiner he was brought into JCP after the buy-out.  Williams claims to have been unpinned in North American from March 26, 1987 - February 6, 1997.

During this time he became a tremendous star in All Japan Pro Wrestling then returned to the United States and had an abysmal run in the WWE for WCW from 1998 - 1999.  He returned to All Japan for a run from 2000 - 2003.

In 2004 he had surgery for throat cancer and was declared cancer free, however in 2009 the cancer returned which caused his death on December 29, 2009. 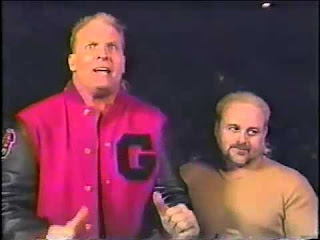 Last match prior to this was October 10, 1995 for the WWF in Germany when defeated Bob Holly

Spivey debuted in 1983 in Florida before going to Jim Crockett Promotions in 1984.  In 1985 went to the WWE teaming with Rotunda as the US Express after Barry Windham left the promotion.  In 1989 he returned to JCP joining the Varsity Club.  He also toured AJPW from 1988 - 1995.  Returning to the WWE in 1995 under name Waylon Mercy, one of my all time favorite gimmicks.  He retired due to injuries.

Believe it or not Sullivan is still wrestling competing most recently April 2018 he lost a street fight to Sami Callihan in Dayton, Ohio. 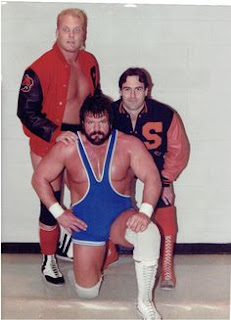 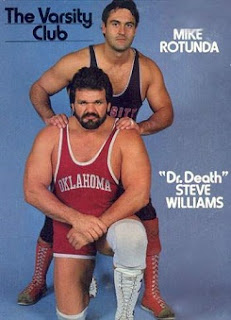 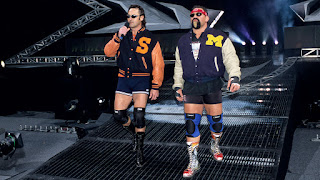 Later Readers!
Posted by Michael J. Labbe at 6:06 AM