Yes it really happened in 1997 in Montreal at what is now called the Bell Centre, and this was not a WCW show even though Hogan was the WCW Champion at the time and Rougeau was in WCW too.  This show was promoted by Jacques Rougeau himself and drew a recorded 9,000 fan to the 23,000 seat arena.

A video on YouTube with The Hannibal TV Rougeau stated he spent $225,000 on this show bringing Hulk Hogan and other stars of WCW to Montreal.

There has been a lot of speculation on how it came to be that Rougeau pinned Hogan when at that time in 1997 the list of men that had pinned Hogan was only a few.  I read multiple sources including Kevin Owens on the Art of Wrestling Podcast stating that Rougeau paid Hogan $10,000 to lay down from him that night.


On an early November 2010 episode of Right After Wrestling with former WWE referee Jimmy Korderas and Arda Ocal Rougeau spoke about the incident:


"Hogan turned to me and said ‘Jacques, I’m going to make you win tonight’.. and I started laughing in front of all the boys because it was so funny and all the boys were laughing. It took me a couple years to realize why he wanted to do that. It wasn’t me who pinned him it was the Rougeau family and what we did for wrestling. Also it’s because of what I did to Dynamite Kid. You know the big fight I had with the Bulldogs. Hulk is a guy with a good image and he took care of wrestling and he didn't like the guys partying all night. We know Dynamite made Honky Tonk cry in the dressing room, he shaved Outback Jack’s head, do things to the boys that didn’t deserve it. And when he picked on me, I had a choice to make. I’ll either become the laughing stock of the WWF, or I’m going to make a comeback. I did it out of pride." 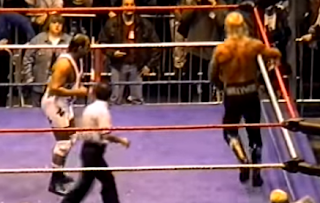 In September 2014 Hulk Hogan did an interview with Slam Wrestling and this is what he said about this match:

"It was business and it was the right thing to do. "Jacques was working very very hard for wrestling in Montreal. And on top of that, Jacques is a great man, a good wrestler and I know he would've done the same thing for me. Me and him had a little bit of an argument about it because he disagreed with me [about the ending of the match]. But I won at the end!


"I got a ton of heat [from WCW], but I didn't care. Those guys were all a bunch of marks back in the day anyway, so I didn't care." 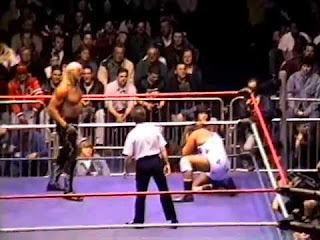 Other rumors I read on the internet include that Hogan was mad at Bischoff and took the loss to make WCW look bad, that Hogan only agreed because the show was not televised, that it cost both Rougeau and Ouellet their jobs with WCW.  Again these are just rumors that I have no source for.

Either way on this night Jacques Rougeau accomplished something few others have been able to do and more importantly Hogan never got his win back after this match.  In fact the only other match that I could find on record involving Jacques and Hogan didn't end for Hogan.

January 6, 1989 at the Montreal Forum Hulk Hogan, Jim Duggan, & Ronnie Garvin defeated Dino Bravo & The Fabulous Rougeau Brothers by disqualification when Bravo refused to release a bear hug on Hogan.  Hogan was stretchered out of the building.  When WWE returned to Montreal on March 10, 1989 Hogan defeated Bravo in the main event. 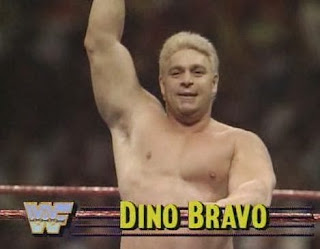 You can watch the match for yourself, it's on YouTube as it was filmed by a fan that night.  Another rumor implied that Rougeau himself had the match filmed, and who can blame him I'd want the biggest win of my career documented on film.  I've also included a link from YouTube of the press conference before the event and the same fan video this time it includes all the matches featuring the WCW talent.

Pre Event Press Conference and Most of the Show