CW Anderson a 23 year veteran of the ring he first came into prominence in 1999 with ECW staying with the company until it closed in 2001.  Near the promotions end he has an amazing feud with Tommy Dreamer culminating with an "I Quit" Match at Guilty as Charged PPV January 7, 2001.

He later toured the independents and Japan before landing in WWE where he was under utilized from 2004 - 2007.  Since leaving the WWE he has continued to perform on the independents.  He appeared for one night at TNA's ECW reunion PPV Hardcore Justice August 8, 2010 in a losing effort to 2 Cold Scorpio in what I think was the best match of the night. 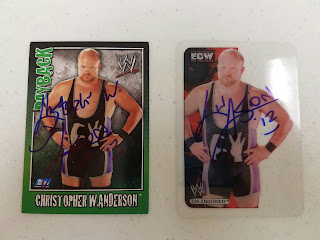 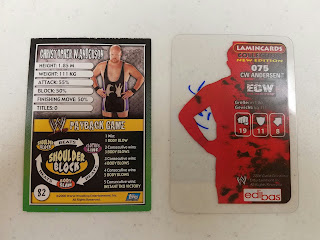 These two cards were both released in Germany, what I like about the Payback card is it has the name Christopher W. Anderson which was what he used for one television appearance on ECW on Sci-Fi losing to CM Punk.  I got these cards signed by Mr. Anderson through the mail. 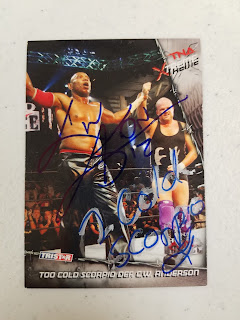 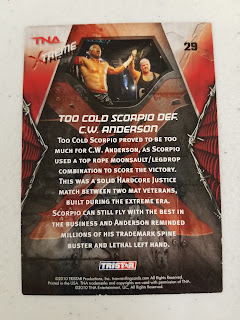 TNA released a set that was essentially based on the Hardcore Justice pay per view, which was a great move!  I got this card signed by Anderson through the mail and 2 Cold Scorpio in person in 2012 at a Pro Wrestling Syndicate show in Rahway, New Jersey. 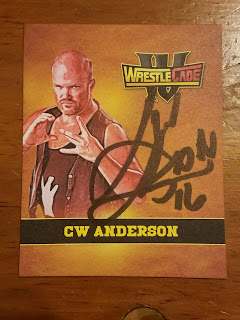 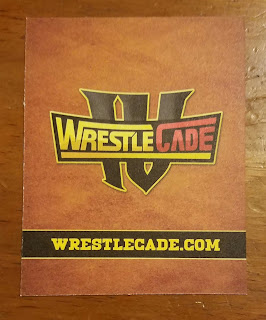 My buddy Roy got me this card when he went to a show with CW Anderson, it's not a trading card but it is similar in size.  Used to promote Wrestlecade IV with took place November 28, 2015 where CW Anderson defeated 2 Cold Scorpio.

CW Anderson is one of my favorite wrestlers, I have almost met him in person a few times but something always prevented it from happening.  The chances are getting slimmer and slimmer that it'll happen because even though Anderson can still go in the ring, he is 45 years old.