The Gorgeous Ladies of Wrestling was an all women's wrestling promotion that ran in syndication from 1986 - 1990 producing 104 episodes of television.  The wrestlers were made up of mostly dancers, models, actresses, and other women hoping to break into Hollywood through this venture. 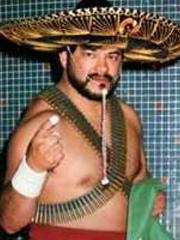 Trained by Mando Guerrero for six weeks before the filming began, a few continued in the world of wrestling stepping into rings outside of the GLOW universe. 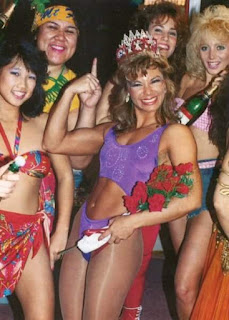 Lisa Moretti wrestled in GLOW as Tina Ferrari and is better known as Ivory.  The most successful wrestler to come from GLOW Moretti would win the GLOW crown leaving the promotion after the second season.  Moretti would wrestle under names Nina and Tina Moretti for Powerful Women of Wrestling & Ladies Professional Wrestling Association and also competed in the UWF and the AWA. 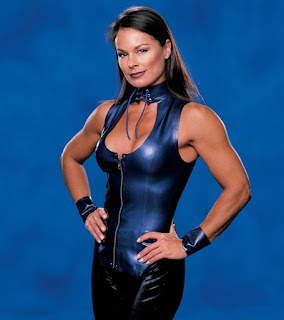 Moretti debuted in 1999 in the WWE as Ivory first as a manager and then a competitor becoming a tree time women's champion leaving when her contract expired at the end of 2005.  She returned to the indy scene winning a few independent titles before officially retiring in 2006 with an impressive 20 year career. 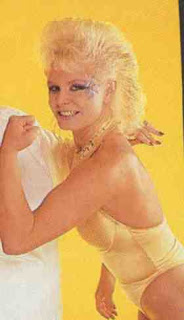 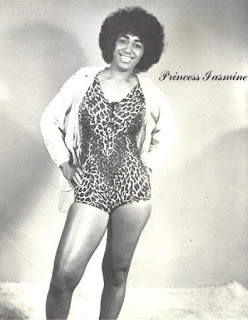 Cynthia Peretti had been a professional wrestler for 18 years competing at Princess Jasmine before she joined GLOW as a trainer.  In season one she was Pepper in the tag team Salt & Pepper.  After leaving GLOW Peretti challenged Sherri Martel in both AWA & WWE for her Women's Championship.  She passed way May 8, 2009. 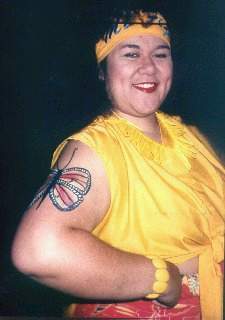 Emily Dole of Samoan decent wrestled as Mt. Fiji for the entire run of the promotion.  She was never defeated  and rarely left her feet.  After GLOW she had bit parts in movies and tv shows. 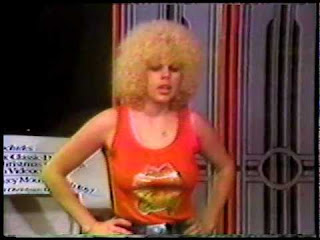 Debi Pelletier debuted in 1983 as The Killer Tomato in Los Angeles changing her name to Dallas when she joined GLOW for the first season. After GLOW  she joined the AWA as Killer Tomato challenging Sherri Martel for the women's championship.  She appeared in the 1985 movie Grunt! The Wrestling Movie. 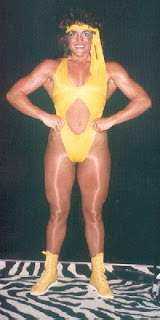 Olympia Hartauer was an original cast member of GLOW under the name of Corporal Kelly, one of two people to play the character Corporal Kelly.  She left GLOW and continued her training under the Fabulous Moolah which lead her to having matches in the WWE and AWA under her given name.  She retired in the 1990's then returned in 2007 for the NWA-ECCW. 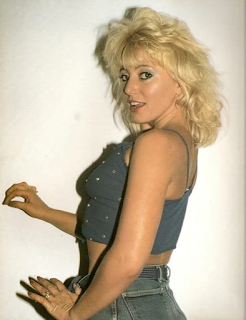 Trudy Adams joined GLOW in 1987 as Amy the Farmer's Daughter leaving the promotion later that year she joined POWW using the same gimmick under the name Brandi Mae.  As Mae she competed in several other all girls promotions and challenged Madua Miceli for the AWA Women's Championship before retiring in 1991. 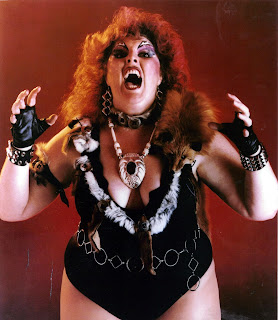 Dee Booher competed in GLOW as Matilda the Hun in the shows first two seasons but is better known as Queen Kong.  Booher first began competing in Roller Derby as Queen Kong before training to become a wrestler.  After GLOW she delivered "Slam-A-Grams" thinking singing telegrams except with bodyslams, and had several bit parts in movies and televisions shows wrestling sporadically into the mid 90's.  Check her website for more www.queenkong.com 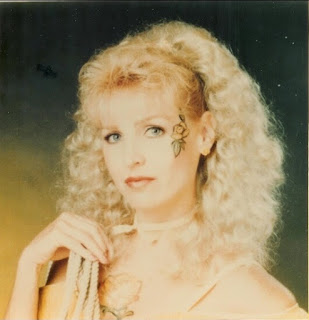 Jody Haselbarth appears in season 2 - 4 as Tulsa After GLOW she became a stunt woman in Hollywood appearing for such pictures as The Chase, Texas Chainsaw Massacre: The Next Generation, Transformers: Revenge of the Fallen and more.  She currently has a Go Fund Me page started by her nephew to aid with medical bills from pulmonary embolisms here. 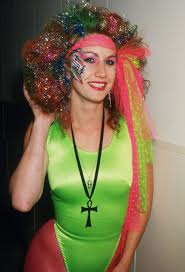 Eileen O'Hara competed as Melody Trouble Vixen or MTV from season 3 until the end of the show.  Eileen is the co-founder of Sisters Fierce Productions she wrote, produced, and directed a documentary about GLOW "Behind GLOW's Doors Making Gorgeous Ladies."  You can find out more about her and her production company here. 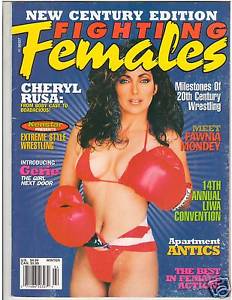 Cheryl Rusa competed as Lightning from season 3 until the end of the shows run. After GLOW Cheryl wrestled in POWW and other women's leagues before becoming an actress and stunt woman. You can read more about her on her website here. 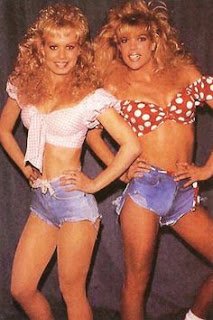 Becky Mullen wrestled in season 1 & 3 as Sally The Farmer's Daughter After GLOW she became an actress appearing in several TV shows and a few films.

An excellent documentary was released in 2011 called GLOW: The Story of The Gorgeous Ladies of Wrestling that chronicles the story of GLOW and even films a talent reunion.  If you haven't seen it please take the time to. You can find more information about it on the film's website here. 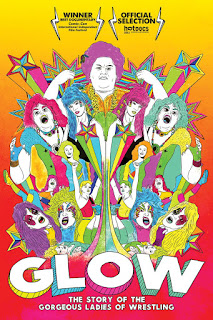 Netflix has ordered a 10 episode TV series based on the GLOW premise even using the name G.L.O.W. starring Alison Brie as Ruth an actress down on her luck turning to women's wrestling to get exposure.  Also staring Marc Maron as the promoter.  Created by Jenji Kohan who created "Weeds" and "Orange is the New Black".

American Angels, Baptism in Blood was a movie made in 1989 with Jan Sebastian as Lisa a girl who wants to follow in her grandfathers footsteps to become a professional wrestler for the all women's league American Angels.  This film featured many wrestlers from GLOW but also starred "Magnificent" Mimi Lesseos and actress and stunt woman who got her start in wrestling just not in GLOW.  Mimi started with the AWA and had matches in FMW in Japan and AAA in Mexico.  Her webpage is here.

During my research I came across a project that has been billed as both a Movie and Reality TV show called "Femme D'Action" and it features many of the former GLOW girls. IMDB has it listed as last updated May 14, 2013.  It appears wrestling related and you can find clips about it on you tube and Cheryl Rusa has an album of over 50 photos of it on her website.  I hope to find this so I can watch it. 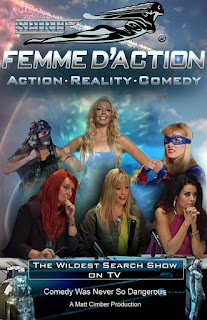 This is by no means an official or complete list of what the ladies have done After GLOW was over.  With a roster of near 100 wrestlers during the promotions run I basically highlighted those that I could find information on.

This blog post began as a conversation with my friends during a podcast where we talked about the new GLOW show on Netflix.  Off the top of my head I couldn't only thing of Ivory having wrestled anywhere After GLOW so it was exciting to learn about the other ladies. 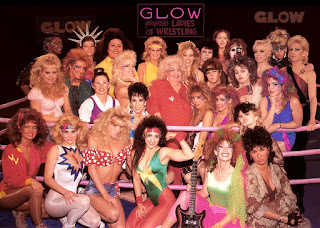