Welcome to another edition of Random Wrestling and in this edition we are featuring "The Cleaner" Kenny Omega.  Omega debuted in his home country of Canada in December 2001 and in 2005 was signed to a developmental deal with the WWE.  In mid 2006 he asked for his release returning to the independent scene where he has stayed.  Omega has made a big splash in Japan where he is the current leader of the Bullet Club and is the current IWGP Intercontinental Champion. 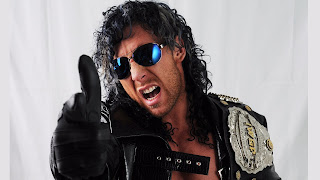 Kenny Omega is one of my all time favorite wrestlers.  He has shown his unbelievable diversification having some of the most amazing wrestling matches I have ever seen.  Whether he's wrestling a 9 year old girl, a blow up sex doll, proving he is the Master of the Anywhere match, or proving he is the one of the best in the world with a 30 minute five star match with Hiroshi Tanahashi, Kenny Omega really is the effing man.

I've never has the opportunity to see him in person, I certainly hope to one day.  Perhaps it will be at the Ring of Honor Pay Per View in Lowell, MA on September 30, 2016  I can only hope. 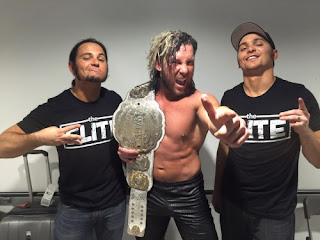 Currently The Young Bucks, my favorite tag team, and Omega have formed "The Elite" and post some absolutely ridiculous videos practically weekly, they are amazing. They show three guys who are genuine friends that like to have a great time.

Here are a few links of videos that feature some of Omega's finest!


Kenny Omega vs. Haruka - https://www.youtube.com/watch?v=acjPWVvSy2g
On July 24, 2011 Kenny Omega wrestled 9 year old Haruka to a 3 minute time limit draw at Korakuen Hall in Tokyo, Japan for the Stardom promotion.  In researching this I discovered that Haruka had been wrestling for several months at this point.  Also in Japan a few other promotions have featured young children wrestling.

Kenny Omega is the Master of the Anywhere Match - https://www.youtube.com/watch?v=2XJF7huzUis
I was directed to this match by none other than Nick Jackson of the Young Bucks.  If you recall my blog back in July of 2015 RandomWrestling: Nothing but the Bucks! I highlighted the Nick Jackson Birthday Brawl and when I met Nick Jackson at Northeast Wrestling Under the Stars in Lowell, MA I asked him what that video was about.  He told me that this match was his inspiration.    I couldn’t find out what inspired Kenny Omega to do this video other than for fun.  The match itself is quite entertaining. 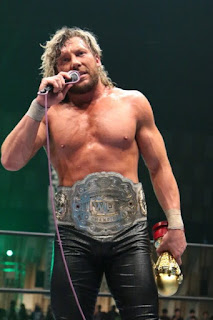 Kenny Omega vs. Hioshi Tanahashi - https://www.youtube.com/watch?v=lhALQfWx1fs
This match was for the vacant IWGP Intercontinental Championship.  It took place February 14, 2016 in Nagaoka, Japan on the New Beginning in Niigata card.  A thirty minute masterpiece that shows just how good Omega is, and even though he likes to have fun in the ring, he is not to be taken lightly.