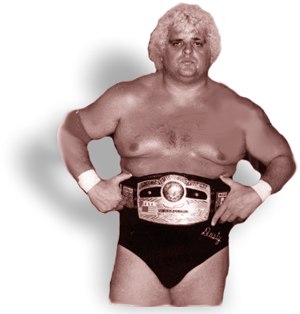 When I was a kid my dad would rent all the wrestling tapes so I saw all his NWA exploits raging war with the Four Horsemen, specifically his matches with Tully Blanchard and “Nature Boy” Ric Flair.  At my first ever live wrestling show on June 4, 1989, it was the WWE at the Cumberland County Civic Center in Portland, Maine, I was 10.

I was shocked when Dusty Rhodes was announced as a replacement for Jake Roberts because he wasn’t in the WWE, he was in the NWA!  Dusty hadn’t debuted on WWE TV yet and was still polka dot-less.  I can’t recall that entire match that night against “Million Dollar Man” Ted Dibiase but I do recall him hitting the bionic elbow and the crowd going nuts.

In early 2006 while checking the burning hammer wrestling forums I come across and advertisement for a new group called Big Time Wrestling having a show in Lynn, Ma at the Armory with the main even being “King of Old School” Steve Corino vs. “The American Dream” Dusty Rhodes in a Texas Bullrope match.  I couldn’t throw my money at them fast enough!  I think front row was only $25 - $30!

April 15th was the day of the show, my buddy Rood and I headed south for a loaded day of professional wrestling.  It started with a huge John Cena signing, something like 3000 people showed up, in Burlington, Ma then we headed to Lynn for a stacked card of wrestling.

Dusty never came out before the show or during intermission like other wrestlers did.  I would have loved to have gotten my picture taken with him or something signed but the fact that we never saw Dusty until it was time for his match made it that more special when he did finally come out. 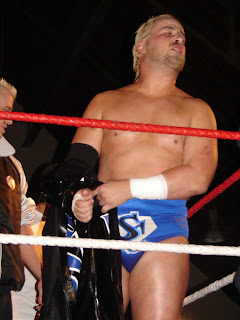 Corino was in the ring first with Bobby Cruise, Ricky Landell, and Jeto.  Then Cruise read a message from Corino where he repeatedly called Dusty fat for various offenses Corino held against Rhodes.   It was quite entertaining.

Then finally the lights dimmed, The Allman Brothers Midnight Rider rang across the speakers and some smoke kicked up around the curtain and after a few moments there he was, the former 3 time NWA World Heavyweight Champion, the son of a plumber, the “American Dream” Dusty Rhodes stepped through the curtain.  The hairs were standing up on my arms and I was marking out big time! 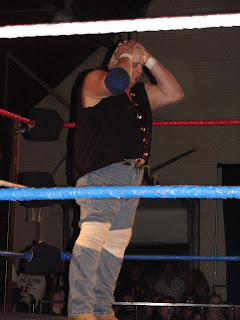 The match was good with both Dusty and Corino beating the crap out of each other brawling in and outside the ring.  Landell, Jeto, and even Cruise tried to interfere and ate bionic elbows for their efforts.  Rhodes got the victory after hitting Corino with the bell. 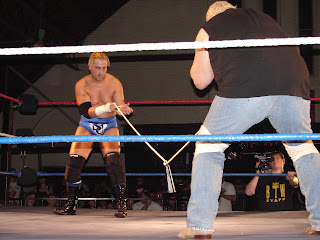 It was a great night and I am grateful that I was able to see this legend in the ring live and in living color! 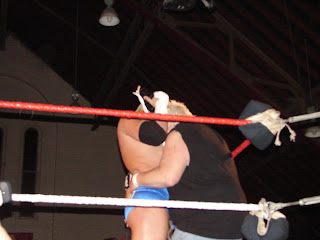 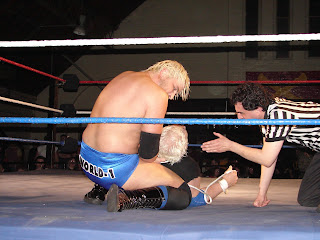 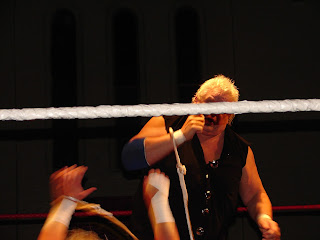 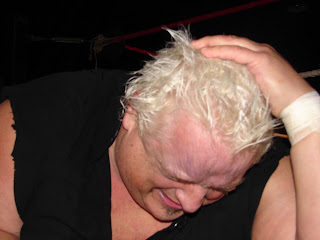 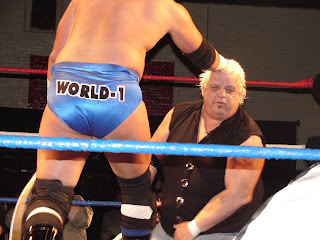 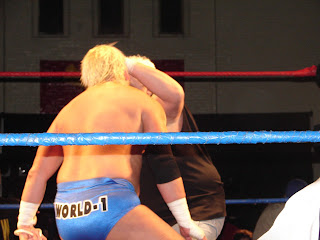 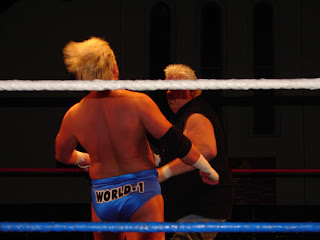 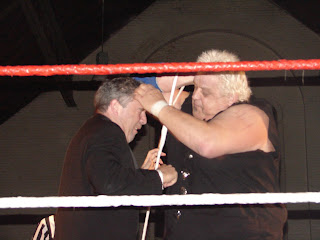 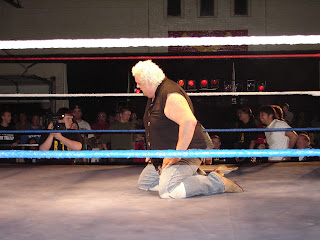 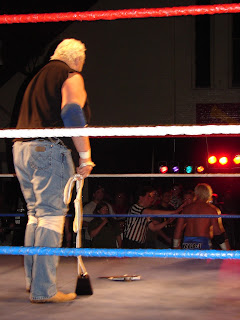