It's the return of The Last Match and in this post I take a look at wrestling stars of the 1950's. 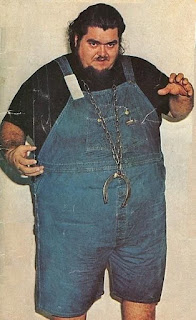 Born William Calhoun on August 3, 1934 in McKinney, Texas he began wrestling in 1955 under former NWA World Champion Orville Brown.  During his 25 year career he captured several tag team championships including the NWA Florida, NWA Canadian, Mid Atlantic, WWA, and WWF tag titles.  He held the WWF titles with Tony Garea for 104 days.   He passed away on December 7, 1989 at the age of 55.

This was his last singles match, he won two battle royals on September 4 & 18 in New Glaslow & Halifax, Nova Scotia. 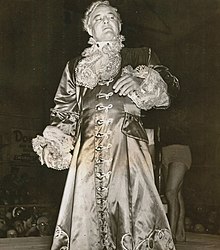 Born George Wagner on March 24, 1915 and got his start in wrestling at the age of 14 working the carnival circuit.  After becoming a solid in ring worker he debuted his Human Orchid persona in 1941 fast becoming the top heel where ever he appeared.  Sadly George suffered from alcoholism which brought not only is in ring career but his life to and end.  He passed away on December 26, 1963 at the young age of 48. 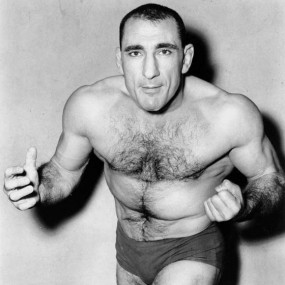 Born in Italy on April 13, 1921 he moved to Argentina before World War II, it was here that he was trained in the ring by Stanislaus Zbyszko.  He moved to the Texas area in the 1940's and in 1949 the New York territory for Capitol Wrestling, the precursor to the now WWE.  He headlined Madison Square Garden and became a huge box office draw in New York during the 1950's.  In the 1960's and 1970's he worked in Japan first as a wrestler and then a referee and was one of the first foreign wrestlers in New Japan Pro Wrestling.  He passed away at the age of 55 on March 15. 1977 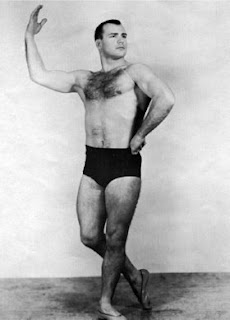 Born Bernard Herman in 1931 he became an amateur boxer winning numerous championships before becoming a celebrated ballet dancer touring Europe.  He transitioned this dance style into his wrestling matches when he debuted in 1953.  He was a high flyer long before they became popular.  He toured the United Kingdom as well as Germany, France, Turkey and other countries.  After retiring from wrestling in the 1970's he stayed in he UK.  He died September 20, 2014 at the age of 83.