History Has Been Made 2: More Title Changes That I Have Seen Live

Way back in March 2017 I posted History Has Been Made!: The Titles Changes I've Seen which looked at all the titles changes I saw in the WWE, WCW, & Ring of Honor from 1998 to 2016. Even though it's only been a couple years and I'm only talking about two wrestling events, I thought it was time to post an update. 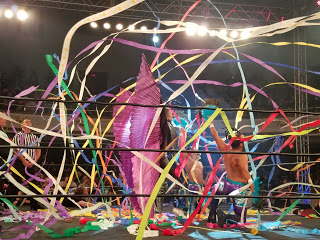 Dalton Castle's entrance is just amazing!  It's just a fantastic visual when the opens up his cape and it is enhanced by the fans throwing streamers at just the right time!
This match was set up when Castle was teaming with Bully and the Brisco's and the Boys pushed Castle out of the way so Bushi ended up spitting mist in Jay's face causing him to be pinned.  He out to kill The Boys. 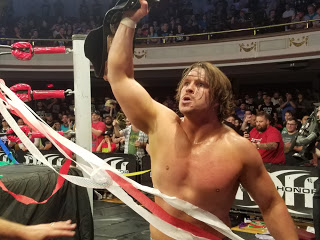 The match was great, Bully busted out some comedy that I wasn't expecting.  Dalton had his usual hilarious theatrics.  Once Jay got his hands on the Boys he beat the absolute tar out of them!  I mean he lit them up with chops and you could see the bruises on their chests. 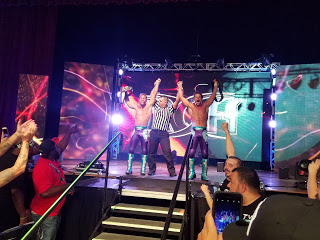 Ultimately it was Jay's anger towards the Boys that cost them the match and the titles.  While he was out chasing them, Bully Ray was trying to talk him down, Dalton rolled up Mark in a small package for the three count crowning new Six Man Tag Team Champions.
The crowd popped big time on this finish with a you deserve it chant breaking out.  It was pretty awesome. 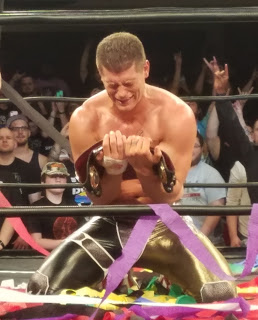 Another great match to close out a night of pretty damn fantastic wrestling.  Cody had his lip busted open early on in the match up but it didn't slow him down.  At one point Marty ran down to help out Cody after referee Todd Sinclair was knocked down, but Frankie Kazarian came out to make the save battling Marty to the back.
Rhodes dodged the Best Moonsault Ever and survived Angels Wings hitting two Cross Rhodes to get the pin and capture the Championship. 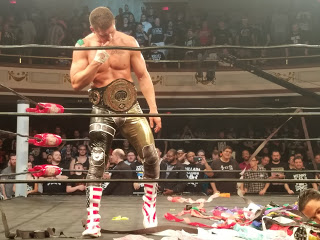 I feel very honored, no pun intended, to have been present to see Cody Rhodes win his first World Heavyweight Championship.  His emotional reaction when he won, which I was able to capture on camera, was what I hoped it would be.  He truly appreciates it and it means something to him to be World Champion. 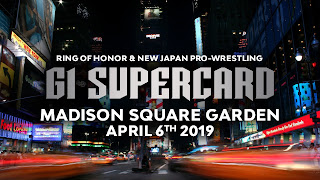 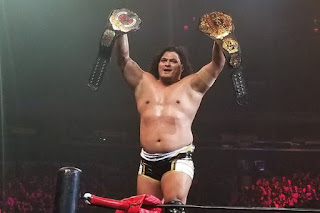 This was a double titles match that kicked off the main card of the show.  It was an excellent match and it capped off the weekend for seeing Will Ospreay live in three stand out matches.  He wasn't able to pick up the win in this match, which surprised me. 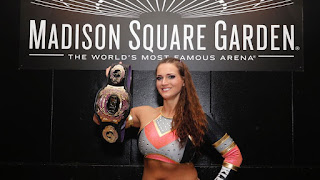 This match and the aftermatch of it was just okay for me. 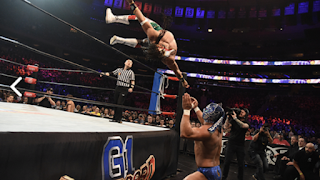 This triple threat match was amazing!  All these guys are so good and the meshed together well.  It's a shame that it only went 9 minutes because I could have watched this all night.  Dragon Lee is ridiculously fast in the ring. 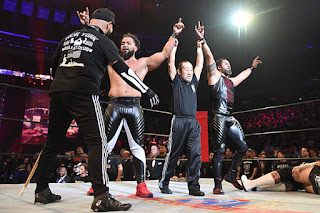 This was a fatal four-way for all the tag gold making GOD double champs.  This was another great match that was just two short based on the talent that was in the ring.  I was quite surprised that GOD won the ROH belts as I don't see them working ROH shows ever. 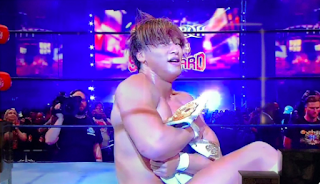 This match was beyond amazing!  There was been some tremendous rivalries in wrestling where you don't get tired of watching two guys wrestle each other and Ibushi vs. Naito is one of them.  The fact that I got to see them wrestle each other live and on such a large stage as Madison Square Garden I feel truly lucky. 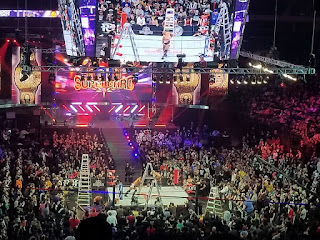 This match was awesome, the best pure ROH match on the card this night.  I still can't believe that Matt Taven won the title.  As far as ladder matches goes it in the top ten no doubt. 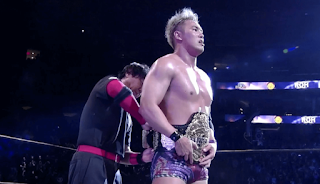 Tremendous match and a great match to closeout not only the show but my indymania weekend as well.  This was the first time the IWGP Championship changed hands outside of Japan, this also marked the beginning of Okada's 5th title reign.

Until next time!
Posted by Michael J. Labbe at 8:12 PM