I'm going to be 40 years old this month, it's something that is bothering me tremendously even though it shouldn't.  The point being is that a fans availability to watch wrestling has changed tremendously throughout the years.  Before we were subject to what was on our local television and later cable television and now we can stream live shows around the world! 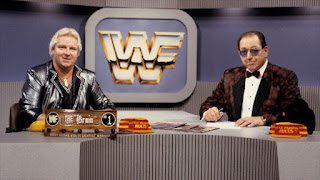 I have been watching wresting on Monday Nights for over thirty years.  It began with Prime Time Wrestling and then Monday Night Raw.  For a few years Raw and WCW Monday Nitro fought for me attention, but I was still watching every Monday night.  After WWE won the war they were free and clear until 2010 and TNA's ill fated attempt at the Monday Night wars.  Raw has been unopposed for nearly a decade.

What used to be a way of life for me has become an after thought.  I haven't watched live Monday night wrestling regularly for a few years now.  I read the results and keep up on the story lines and if I hear about a good match I watch it on Hulu.  Sadly I don't feel like I'm missing out at all.

Here is what I watch for professional wrestling: 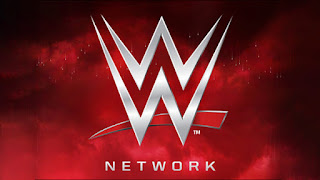 I rarely watch the Raw & Smackdown live shows weekly, typically if I am at work I will fire them up on the USA Network app on my tablet as it has a live TV option and I watch it while I'm working.  I like SmackDown better than Raw.  I no longer have cable so until Smackdown is on Fox this October I don't have the option of watching it live at home.  I read the results for the shows and keep up with storylines and watch matches that sound interesting on Hulu the next day.

I do have the WWE Network and I do watch all the Pay Per Views and live network specials.  I don't watch 205 Live every week but I do watch NXT and NXT UK every week without fail.  As well as all the Takeover specials.  My friends and I talk about this after every Takeover and I know many other people agree with us.  NXT is a weekly one hour show that has 2.5 or more months to build five solid matches between PPV's very similar to how it was watching wrestling when I was a kid.

I love the WWE Network because I love watching all the classic and original content.  I've had a subscription since the day they launched.  As much as I love wrestling I really do enjoy watching more than just the matches.  This week alone we got two new specials one about Triple H leading up to WrestleMania and the second about Ronda Rousey and her first year in the promotion.  I don't care if you are not a fan of the current product or not the WWE Network is an amazing resource for classic wrestling. 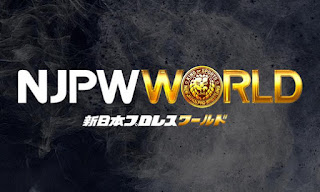 
I have been a subscriber to New Japan World starting a few months after they launched.  Currently this is my favorite wrestling promotion in the world to watch.  Since the launch of New Japan World the number of English commentary dates have grown to the point that all seventeen shows in the Best of the Super Juniors this year featured live English commentary.  Kevin Kelly has become my favorite guy to call the action and he does it with multiple partners, Chris Charlton being the most regular one.

I just love the style and formatting of the shows.  Tag team matches where rivals get their hands on each other but the finish doesn't involve them it just continues the story.  The team that the world champion is on doesn't always win.  Singles matches mean something.  I watch all the shows, even th ones that don't have English commentary because the wrestling is that good. 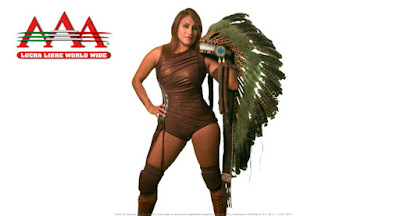 Lucha Libra AAA has a twitch Channel as well as uploading shows on YouTube.  They too have expanded their English Commentary on Twitch as along as you watch it live.  I try to catch the shows when I can and if you are familiar with AAA you know that have a uniquely different style and are not afraid to spill some blood on the canvas.  It doesn't hurt that AAA is where Faby Apache hangs her hat and I've been a fan of hers for years.

YouTube has made it so I can follow multiple promotions from around the world by either watching full shows or clips.  I've started watching MLW weekly on YouTube and I'm really enjoying it.  I'm excited that they signed the Von Erichs and looking forward to see if they can bring it like their dad and uncles did.

NWA, Being the Elite, AEW, and other wrestlers vlogs provide behind the scenes look at both upcoming or previous wrestling shows.  Kenny Johnson makes some of the best wrestling documentaries out there today posting them on his channel.

These social media platforms are overflowing with gifs and video clips from wrestling old and new from around the world.  It's tremendous!

Ring of Honor has fallen so far down for me ever since the mass exodus of the Bucks, Page, Cody, & SCU.  They've has some good moments as a whole it's just not great for me.  Impact on the other hand has been getting better and better ever since D'Amore & Callis took over running the shows.  They are producing some solid wrestling.

On the audio side of things I listen to a lot of podcasts about wrestling including: Art of Wrestling, Something to Wrestle, 83 Weeks, Talk is Jericho, NJPW English Podcast, Limitless Wrestling, and more.  Some of these I listen to all the episodes and others selected ones.

Until next time!
Posted by Michael J. Labbe at 9:47 PM