In this post we take a look at The Last Matches of former World Champions of the American Wrestling Association. 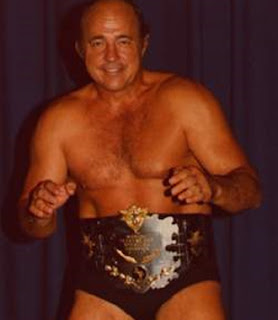 Gagne was a celebrated amateur wrestler including being an alternate for the 1948 US Olympic Wrestling team.  He turned pro in 1949 founding the AWA in 1960.  Gagne awarded current NWA Champion Pat O'Connor the AWA World Championship stating that if he didn't defend it against Gagne in 90 days he would be stripped of the title.  O'Connor didn't so the AWA awarded the championship to Gagne.

I recommend watching the WWE's documentary The Spectacular Legacy of the AWA for a detailed history of the Gagne and his promotion.  Gagne passed away April 27, 2015 at the age of 89. 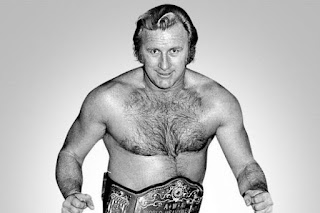 To me Mr. Bockwinkel is the most sophisticated wrestler there has ever been.  His dress, his demeanor, his promo style, and even his in ring style displayed this in all footage I have ever seen of him.  Trained by Lou Thesz he debuted in 1955 and traveled around the country including feuding with Dory Funk Jr over the NWA World Heavyweight Championship.

In 1970 he joined the AWA teaming with Ray Stevens being managed by Bobby "The Brain" Heenan.  He won his first AWA World Championship on November 8, 1975 holding it for 1,714 days and during this title run he wrestled WWF Champion: Bob Backlund to a double count out in a unification match on March 25, 1979 in Toronto.  Bockwinkel passed away on November 14, 2015 at the age of 80. 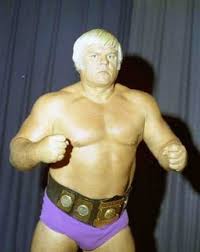 The first blur collar wrestler and arguable to most famous wrestler from Milwaukee The Crusher began his career in 1949.  The Crusher started as a heel, but in the mid 1960's became a babyface for the remainder of his career achieving a level fandom few do.  He had a very unique and entertaining promo style.  If you're not familiar take the time to YouTube some of them.  The Crusher died October 22, 2005 from a brain tumor at the age of 79. 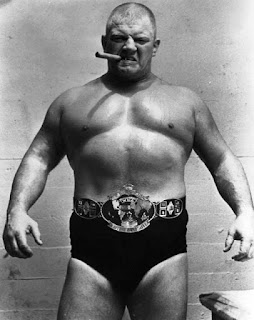 The Bruiser wrestled for thirty years starting in the mid 1950's primarily known for his tag team with The Crusher the duo are 12 time tag team champions.  The Bruiser also ran his own Indianapolis based  World Wrestling Association promotion from March 1964 until his death November 10, 1991 at the age of 62.

Later Readers!
Posted by Michael J. Labbe at 5:11 AM