I had to urge to watch some 1980's WWF but didn't want to watch a PPV so I headed over to the Old School section in the Vault of the WWE Network.  I quickly found this show and noting that it was exactly 29 years ago this day it was a no brainer and I fired it up. 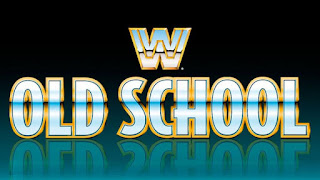 Boris opened with the Soviet National Anthem and Poffo countered with a poem:

Zhukov jumps him before the bell by Poffo quickly gains control before Zhukov takes a powder to the floor.  They worked side headlock spot where Boris had one on Poffo and held the hair to prevent from being wiped off and then Poffo used Zhukov's beard to do the same.

Poffo worked the left leg and knee during the match using a step over toe hold and standing ankle lock to wear the big Russian down.  Zhukov got the pin in about 13 minutes with a clothesline off the second rope. 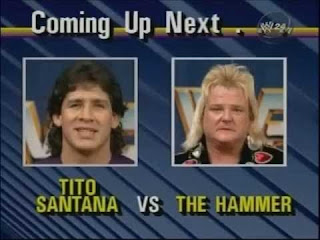 Valentine is wearing the shinguard and Trongard referenced that it was to be called the Heart Breaker.  They spoke about it in great detail actually.  These two had some serious wars over the Intercontinental Championship just a few years before.

A really good and stiff back and forth match that went the 20 minute time limit.  I'm positive that after this match these guys felt this match.  It started slow and built and built leading to an exciting finish Tito slapping on the figure four just as time expired.

I think the WWE could benefit by returning to time limits in matches and have a draw once in a while to continue a feud.

I thought that this was going to be a squash match but surprisingly it wasn't.  Bad News tried to jump Powers at the bell but Power side stepped him.  Bad News left the ring a couple times threatening to walk to the back.  Powers managed to keep staying just ahead of News until he was bodyslammed on the floor.  News then worked him over for a few minutes punishing him with strikes and chokes until the ghetto blaster ended it at just about 11 minutes.

The match started after the commercial break with all four men starting until it ended with Ax and the Barbarian.  Typical big man match, except tag team edition.  Powers of Pain cheated a lot as they aer new founded bad guys, Demolition was on the unusual end having to sell as they are the baby faces.  Match was halted after six minutes when Fuji and his cane got in the ring and the referee disqualified both teams.

DiBiase jumped Hercules as he slid in the ring which didn't end up well with Herc sending DiBiase to the floor.  Hercules got quite the pop, which just goes to show how over the Million Dollar Man was as a heel.  DiBiase took over control of the match wearing the big man down but couldn't put him away.  Hercules made a comeback after DiBiase missed a series of elbow drops and then took a series of clotheslines and a powerslam. 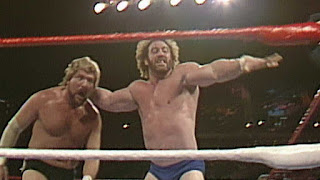 Herc then stood over DiBiase talking trash and then paintbrushed him with several slaps to the face just like DiBiase is known for and the crowd ate it up.  Hercules locked in the full nelson, but DiBiase made it to the ropes and on the break Hercules accidentally hit the referee.  Hercules put DiBiase in the torture rack backbreaker and with the referee still down Virgil hit Hercules with his own chain in the abdomen.  DiBiase scored the pin at about nine minutes for the win.

Backstage: Rod Trongard is with Slick and the Big Boss Man for a promo about their match.

Backstage: Rod Trongard said he was with Hercules Cortez who cut a promo about Ted DiBiase and Virgil.

Akeem the African Dream with Slick vs. Koko B. Ware

This match was 11 minutes of garbage.  Just terrible.  Koko didn't have Frankie, his offense was stick and move.  Akeem's offense was lumbering wear down holds like a long bear hug and slowing plodding around the ring.  Finish came when Koko went to dive at Akeem in the corner, he moved, and Koko ate the turnbuckle landing on his back where he was crushed by the 747 splash.

Sherri did a lot of jaw jacking with the fans before the start of the match.  I really enjoyed this match, it wasn't a five star classic by any means but you got to see the veteran in Sherri leading the rookie Rockin' Robin who had only been wrestling about a year at this time.  One of my favorite moments was when Sherri was being pinned and instead of kicking out she pointed to her foot that was on the bottom rope.

These two girls beat the crap out of each other and Robin got the pin in just over ten minutes with a wicked vicious looking bulldog. 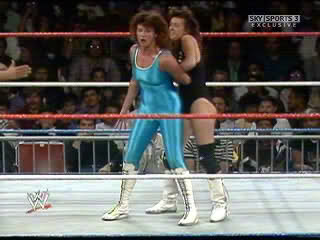 I was pretty excited to see this match on the card.  I haven't seen a lot of Rockin' Robin matches in the WWE as most of her them were on house shows and not television.  Typically the match of hers I've seen the most is her title win over Sherri from Paris.

Boss Man tried to hit Hogan with the nightstick as he was getting into the ring so Hogan pulled him to the floor and proceeded to slam him into the ring posts repeatedly and even hit him in the head with a steel chair.  He rolled Bossman back in the ring and took the night stick to him before Slick jumped on Hogans back.  Bossman then accidentally splashed Slick in the corner leading to Hogan handcuffing Slick to the bottom rope outside the ring.  I guess this is no DQ?

Back in the ring Hogan would beat up Boss Man and then go to the floor and open hand slap Slick a couple times.  The fans were going insane for Hogan through all this.  Boss Man took control and uncuffed Slick.  Boss Man nailed Hogan with a piledriver and only got a one count.

Boss Man hit his finish, but it was awkward and the commentators called it a double clothesline that Boss Man got the better of Hogan on.  Boss Man hit a splash, Hogan kicked out on two Hulking up.  The big boot sent Boss Man to the floor who then pulled Hogan out posting him and handcuffing him with a cuffs that had a two foot chain.  Hogan rolled back into the ring with his hands cuffed still, Boss Man continued the offense, which the referee allowed.  Hogan eventually broke the chair and a clothesline and leg drop later Hogan won in about 13 minutes.

The pop when he won shook the hard camera.  And of course Hogan must pose.

Except for the Koko and Akeem match this was a very good show and a good audience that got into it.  If you haven't watched it it's worth your time.  I've always been a fan of Rod Trongard not because he's a fantastic commentator, but because his voice is amazing.  Also when I think of him it's his time in the AWA that comes to mind.

Checking with The History of WWE it appears that WWE ran five shows this day with two matinee shows including one in Oakland that featured the same exact matches as this show with one change in that Demolition won via pinfall.