They Wrestled in TNA II

Part two of this topic takes a look at those who have either wrestled or just made an appearance in TNA that you may not have known appeared.  I was surprised to discover a few of them myself. 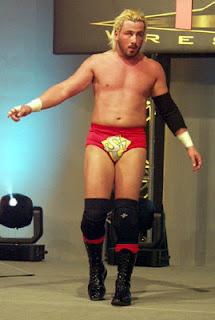 The King of Old School made his debut at the first ever TNA Weekly PPV competing in the twenty man royal rumble style match for the vacant NWA World Championship.  He was eliminated by Brian Christopher.  Corino would later return to TNA in early 2003 for a month getting involved with fellow ECW Alumni The Sandman and Raven. 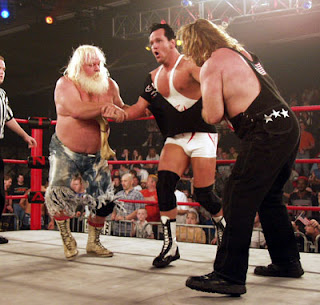 I can't even begin to try to explain this but on this episode of the weekly TNA Pay-Per-View "Hacksaw" Jim Duggan & Moondog Spot teamed up to defeated Mike Sanders and Glen Gilberti in under two minutes. 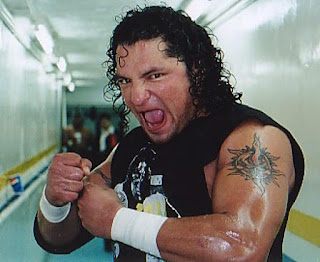 Super Crazy came to town for a one night only appearance losing to Jerry Lynn.  You can find this match on YouTube. 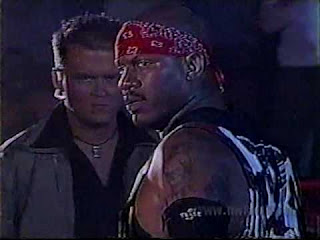 New Jack wrestled in ten matches winning four of them.  In almost every match he wrestled in was a hardcore stipulation of some kind. New Jack with Mustafa also made an appearance but not in a match at TNA Hardcore Justice 2010.

Later Readers!
Posted by Michael J. Labbe at 2:42 AM