The Last Match: The Moondogs

The Moondogs debuted in late 1980 with Rex & King teaming together under the tutelage of Captain Lou Albano.  Albano would lead the Moondogs to Tag Team Gold in March 1981 where they defeated Tony Garea and Rick Martel.  While still holding the tag titles Spot would replace King as champion until Garea and Martel regained the titles in July 1981.

The Moondogs had a big run in the USWA where they added Spike, Cujo and other to their ranks.  Also there have been multiple people on the independent scene that competed under the Moondog name, too numerous to cover them all here.  Because of that we will only be taking a look the most well known Moondogs.  It should be noted that one thing all Moondogs have in common is their attire.  Cut off jeans, big hair and large beard, and bringing a large bone to the ring with them. 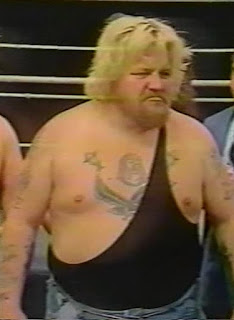 Edward White debuted May 22, 1972 in his native Canada under the name Sailor White.  He became Moondog King when he debuted in the WWE in 1981.  He was replaced in the tag team when he was denied entry into the United States.  He passed away August 26, 2005 at the age of 56. 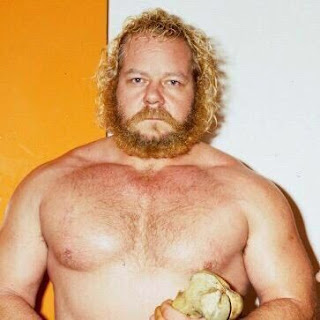 Randy Colley debuted in 1971 touring the territories before settling in the WWE.  In 1981 he became Moondog Hawkins later Rex and teamed with King to win the Tag Team Championships.  In 1987 he teamed with Bill Eadie as the original Demolition Smash but fans recognized him chanting Moondog at him so he was replaced by Barry Darsow.


Colley returned to the Moondog name and entered Continental Wrestling and later USWA winning the tag team championships with Spot. 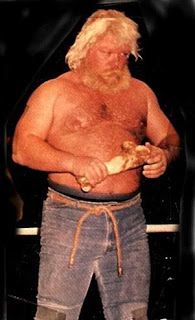 Larry Booker debuted in 1979 as Larry Latham until becoming Spot in May 1981 replacing King as WWE Tag Team Champions with Rex as the Moondogs.  In 1987 he went to the CWA and later All Japan Pro Wrestling teaming with Spke in the Giant Tag Series.

He wrestled several years in the USWA in many different versions of the Moondogs tag team.  Sadly he died in the ring from a heart attack during his final match on the A Night Fit For a King event.  He was 51 years old. 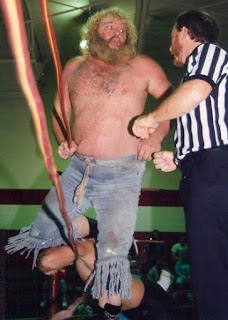 William Smithson debuted in 1978 as one of the many Infernos after being trained by Tojo Yamamoto.  He would wrestle around the territories as Dizzy Golden until 1991 when he began teaming with Spot as Spike for the USWA.  Together they feuded with Jerry "The King" Lawler and Jeff Jarrett earning Feud of the Year honors in 1992 from Pro Wrestling Illustrated and the Wrestling Observer Newsletter.

When Spot retired he continued the Moondogs teaming with Cujo winning the USWA Southern Tag Team Championships.  Smithson died March 21, 2013 at the age of 62. 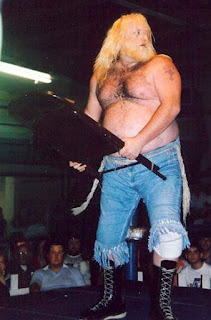 Larry Kean Jr. debuted in 1983 in his native Kentucky as "Luscious" Lanny Kean.  In 1985 while in the WWE he was renamed Cousin Junior a member of Hillbilly Jim's family.  After leaving the Fed he continued as Hillbilly Junior in the CWA.  In 1992 he joined the USWA as Moondog Cujo teaming with Spike for several tag team titles reigns.