In this post all the cards I got signed in person at live wrestling events. 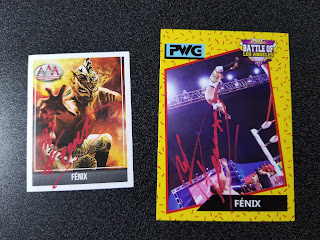 I met Fenix at Limitless Wrestling July 21st, 2017 and he signed these for me.  On the left is a sticker released in 2016 by the Panini company in Mexico for the AAA promotion.  On the right is a fan made card from the 2016 PWG Battle of Los Angeles set. 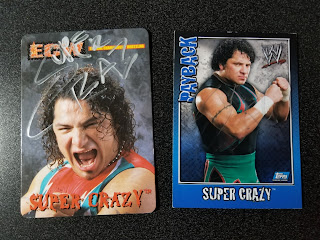 These cards I also got signed at Limitless Wrestling in July.  The card on the left was released by San Francisco Toymakers in 2000 and included in their ECW figure line.  The card of the right is from the 2006 Topps United Kingdom Payback set. 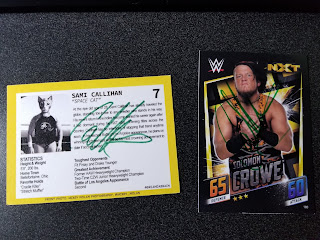 I also got these cards signed at the July Limitless show. The card on the left is from the fan made 2016 PWG Battle of Los Angeles set.  The card on the right is from the Topps 2015 Slam Attax card game and features Callihan as Solomon Crowe.  I'm slightly disappointed because I was distracted and he signed the back of the PWG card before I could say something. 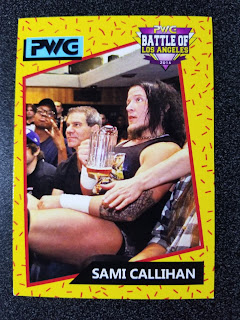 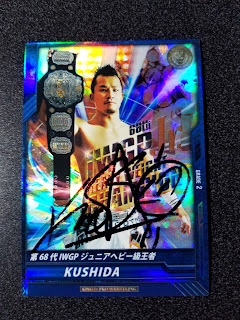 This card I did not get signed at Limitless.  I met Kushida at the Ring of Honor pay-per-view Best in the World 2017 on June 23rd in Lowell, Mass.  This card is from the Japanese 2015 King of Pro-Wrestling card set.